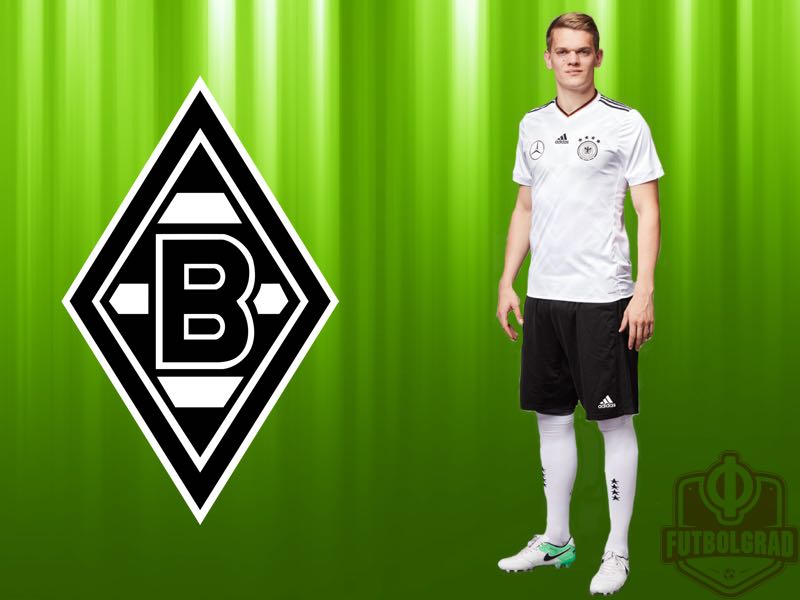 There was a sense of satisfaction surrounding Matthias Ginter following Germany’s 1-0 victory over Chile at the 2017 FIFA Confederations Cup Final in Saint Petersburg. The 23-year-old defender was one of the main protagonists in what has often been described as an experimental squad by the media both in Germany, but also abroad.

Under the guidance of head coach Joachim Löw this experimental team, however, was the most convincing at the Confederations Cup. Furthermore, Matthias Ginter, who played in four out of the five matches over the full 90 minutes—he only missed the opening game against Australia—was one of the main reasons for Germany’s triumph in Russia.

It was, therefore, no surprise that following the match Ginter was one of the players who extensively answered the questions of the media. With a smile on his face, he explained that the triumph was hugely satisfying and that the team was now going to party somewhere in Saint Petersburg. What he did not answer were questions about his future. 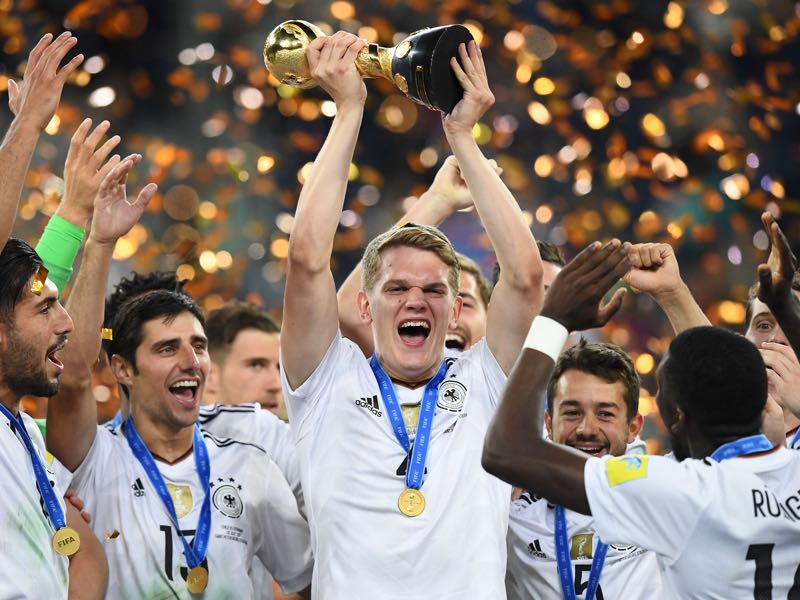 Matthias Ginter was one of the main protagonists in Germany’s ConfedCup triumph. (FRANCK FIFE/AFP/Getty Images)

At this point, it already seemed a done deal that Matthias Ginter would leave Borussia Dortmund and join the other Borussia from Mönchengladbach. That deal was concluded less than 24 hours after Germany’s triumph in Saint Petersburg. Together with his teammates Ginter travelled back to Frankfurt and then drove to Mönchengladbach were he signed his new contract and was then presented to the press on Tuesday.

Matthias Ginter has signed a contract until 2021 at Gladbach, and the Fowls will transfer €17 million, plus possible bonuses of €3 million, to Borussia Dortmund. Ginter is, therefore, the most expensive transfer in Gladbach’s long history and concludes Gladbach’s sporting director Max Eberl’s long chase for the player.

Eberl, after all, had already tried to land the defender back in 2014 when he was still playing for SC Freiburg. Back then the defender was considered one of Germany’s most talented prospects and was even included in the 2014 World Cup squad where he, however, did not feature in a single game. Nonetheless several clubs tried to land Ginter, and in the end, it was Borussia Dortmund, who beat Gladbach and VfL Wolfsburg in the race for Ginter’s signature.

Signed for €10 million Ginter came with plenty of promise to a Borussia Dortmund side that was at the end of a cycle. Coached by Jürgen Klopp Dortmund had a dreadful start to the season and finished the Hinrunde in the relegation zone. Only a push in the second half of the season salvaged the season somewhat. Borussia Dortmund finished seventh, but Jürgen Klopp resigned stating that he had no longer the emotional energy to carry on It was a less than ideal environment for a young defender to walk into and Ginter only played 14 games in his first season for die Schwarz-Gelben. 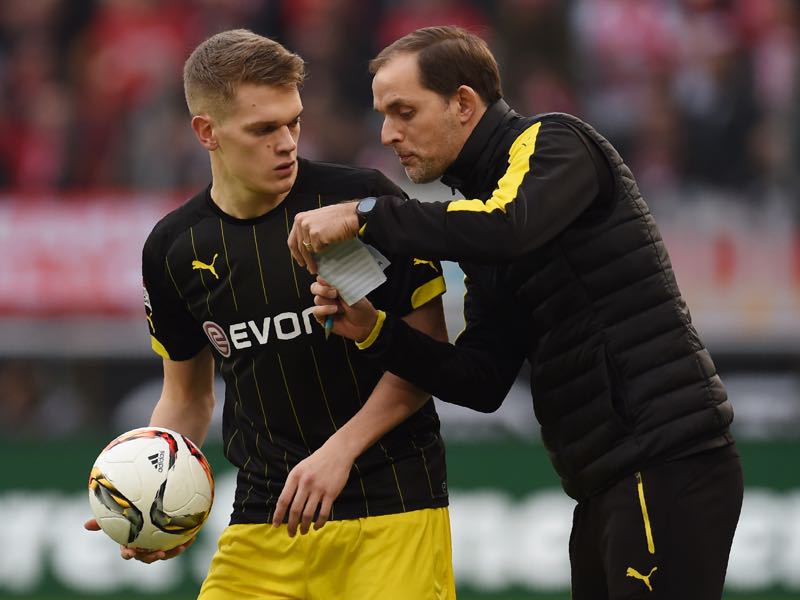 Furthermore, there was a sense in Dortmund that although Ginter had the talent, he did not have the ability to play flawless football. Some would even label Ginter as a Fehleinkauf (failed purchase) a heavily loaded term in the German football vocabulary that once given was difficult to shake off. Although Ginter somewhat managed to shake off, the belief that he was a failed purchase there was always a sense in Dortmund that the defender did not quite meet the standards necessary to play for Borussia Dortmund.

At that point, other clubs started to sniff around the defender. Once again Gladbach was interested in signing the defender. Max Eberl sensed that perhaps Ginter could be brought over to the Fowls given that his numbers were small. But Borussia Dortmund refused.

Once again there were rumours that Ginter could leave the club and once again it was Max Eberl and Gladbach who were the most interested. But Borussia Dortmund just lost their captain Mats Hummels and also failed to sign Ömer Toprak from Bayer Leverkusen. Matthias Ginter was therefore needed to fill the hole left by Hummels.

What followed was perhaps Ginter’s most solid season. The defender played 29 Bundesliga, eight Champions League and five DFB-Pokal games for Dortmund. He also played the full 90 minutes in the final replacing the injured Julian Weigl in defensive midfield.

Despite the fact that Ginter featured in the majority of Dortmund’s games, however, there was a sense that the 23-year-old was nothing but a squad player at Borussia Dortmund. It was the feeling that was often challenged by Ginter himself who told kicker magazine in an interview that he sees himself a valuable member of the starting eleven and that his numbers reflect that.

Nonetheless, there was always a sense that Ginter was considered surplus material in Dortmund—a player who was only needed because Dortmund failed to sign Ömer Toprak last summer. Toprak then signed for Borussia Dortmund and has since completed his transfer this summer. 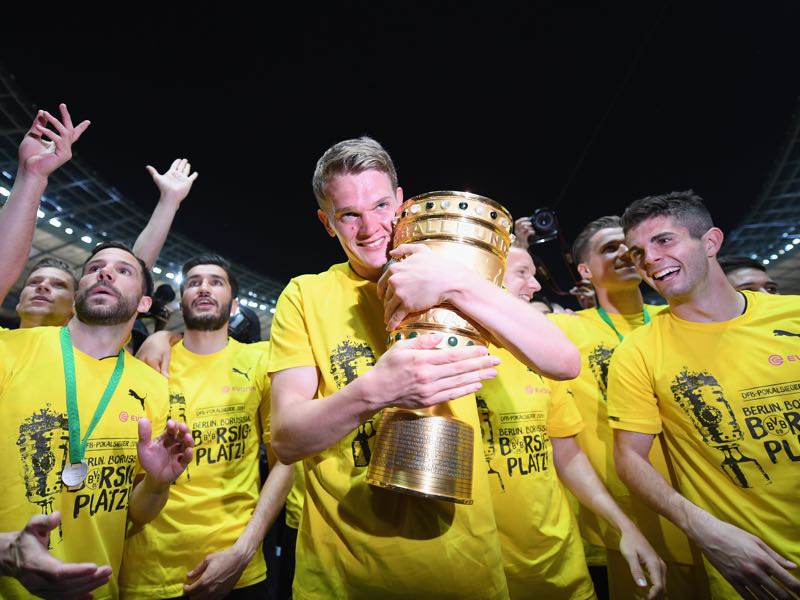 Meanwhile, Thomas Tuchel was fired following Dortmund’s Pokal triumph over Eintracht Frankfurt. It was understood that Dortmund’s new coach Peter Bosz wanted to assess all the players in the squad before making decisions on the future of the team.

Ginter, however, did not want to wait this long. The defender wanted to move on to a club where he felt needed and given the fact that Gladbach’s Eberl had continued to lure the defender to the Fowls Ginter must have felt that Gladbach was the right place to continue his career.

The transfer to Gladbach, in fact, seems to conclude a marriage that was never meant to be. Showing his potential at the Confederations Cup Ginter now has a good chance to make the next step from being an underappreciated solid defender at one of Germany’s biggest clubs to finally fulfil his potential at a club that truly seems to appreciate his talent.