Michaël Cuisance: Can he be a modern number 6 for Bayern?

It was a transfer that was almost lost on Friday. Amidst Bayern dropping two points against Hertha and signing Philippe Coutinho from Barcelona the Rekordmeister also signed Michaël Cuisance from Borussia Mönchengladbach for €10 million.

The 20-year-old is a surprise addition this summer. Bayern have been in the market for a modern number 6 all summer, but Rodrigo joined Manchester City, and Marc Roca‘s €40 million exit-clause was deemed too expensive.

Hence, Bayern sporting director swooped in to sign Cuisance, who has been unhappy with his status as a substitute player. The French youth international had a meteoric start at Gladbach when he first joined in 2017 but last season only played 11 games.

“In his first professional season at Gladbach, Michaël Cuisance was voted the club’s ‘Player of the Season’. He has a lot of skill and great potential,” said Bayern sporting director Hasan Salihamidžić in an official statement published on Bayern’s homepage. “Michaël should have the opportunity to develop with us. We’re convinced we’ll be very happy with him,” the sporting director continued.

“I know that this is a massive step for me,” Michaël Cuisance. “But, I feel ready and am very proud to be able to represent Bayern going forward,” Cuisance added.

Over in Mönchengladbach, however, the decision-makers at Borussia were somewhat at odds about Michaël Cuisance decision to leave the club abruptly and join Bayern.

“No other player has gotten more attention in the last 13 months,” Gladbach’s sporting director Max Eberl said on Saturday after Gladbach’s 0-0 draw against Schalke to the German magazine kicker.

“We have a new coach, who wanted to give him a chance,” Eberl said. “But if he doesn’t want to take the chance, then there is no reason to move forward. In that case, it is best to go separate ways,” Eberl added. “We had a feeling Gladbach had become too small for him,” head coach Marco Rose said. 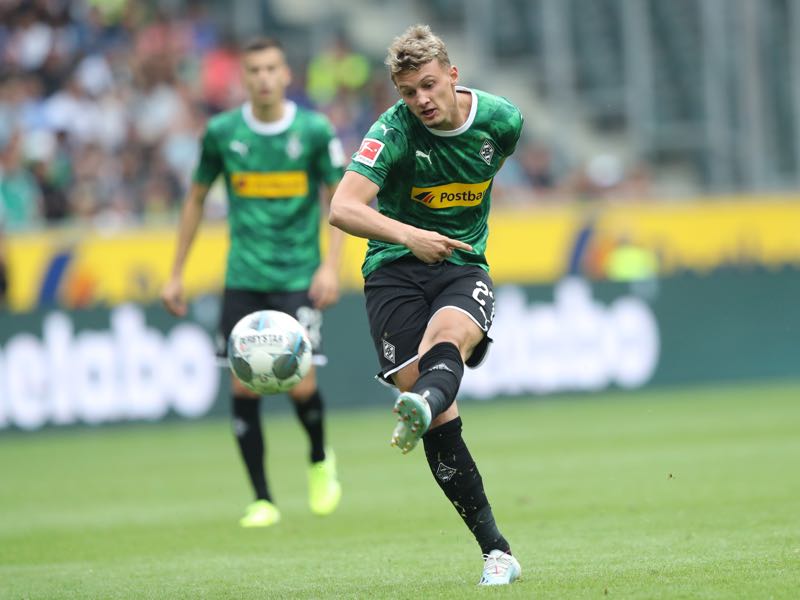 Michaël Cuisance of Mönchengladbach runs with the ball during the pre-season friendly match between Borussia Moenchengladbach and FC Chelsea at Borussia-Park. (Photo by Christof Koepsel/Bongarts/Getty Images)

On the surface, Cuisance transfer from Gladbach’s bench to Bayern does indeed seem somewhat odd. Without a doubt, the 20-year-old highlighted that he could become a great central midfielder, but at the same time, it will be a significant step for the player.

Furthermore, in Renato Sanches Bayern have already struggled to integrate one young central midfielder. Also, the club was looking for a player that could add extra depth to the squad, a midfielder, who could fill a big creative void in the centre of the park and also would have added depth in defensive-midfield that would free up Javi Martínez to play as a centre-back.

For Bayern fans, the question is whether Michaël Cuisance can be the missing piece in midfield? To find out we compared Cuisance’s statistics over the last calendar year to Bayern’s existing midfield setup.

How does he fit into Bayern’s squad?

In Renato Sanches, Javi Martínez, Corentin Tolisso, Thiago, Leon Goretzka and Michaël Cuisance club now has six central/defensive midfielders under contract. The only statistic in which Cuisance leads in assists per 90 minutes (0.3).

It is the bright spot in Cuisance’s statistical body. When it comes to forward passes per 90 minutes, for example, Cuisance is bottom of the bunch with just 60% completed passes. With just 82.31% completed passes overall Cuisance also is last in that department, and the former Gladbach midfielder is also last with only 43.52 passes played per 90 minutes.

There are, however, some good news. Cuisance is more adapt in going forward rather than in his defensive and passing work. For example, only Renato Sances has more dribbles per 90 minutes, 7.21, than Cuisance’s 5.18 dribbles per 90 minutes. Furthermore, no other player had more successful shots on target than Cuisance’s 44.44%, and finally, only Renato Sanches had more than the 7.06 attacking actions than the 5.92 attacking actions Cuisance had over the last calendar year.

The numbers suggest that Cuisance in many ways fulfils many of the needs that were already covered by Renato Sanches. Renato Sanches has been already unhappy with his lack of playing time and the statistical overlap between the players means that the Portuguese national team player could see his numbers further decreased, especially when one adds Philippe Coutinho’s signing as well.

Finally, the numbers also highlight that Cuisance is a more forwarded thinking midfielder rather than the sort of modern number 6 Bayern were looking for when they targeted Roca and Rodrigo. With that in mind, it will be interesting to see in what ways Kovac will utilise the French midfielder and whether his potential will be enough to become a midfielder that can cover several tasks in Bayern’s midfield.