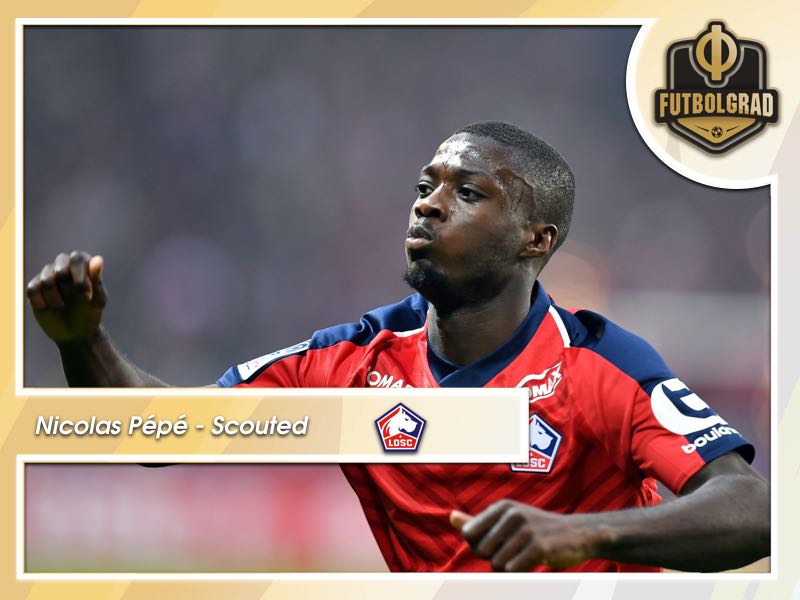 Nicolas Pépé – What is next for Lille’s star?

Last Sunday Nicolas Pépé picked up an important piece of silverware. Like it is the case every year in France the UNFP (National Union of Professional Footballers) celebrated the best of French football including Pépé’s coach Christophe Galtier winning coach of the season and himself winning a spot on the best XI of France’s Ligue 1.

This is some well-deserved recognition to Lille OSC fantastic season that saw them secure a second place finish behind the oil-rich Paris Saint-Germain side but ahead of big names such as Lyon, Marseille or Monaco and thus qualifying directly to the Champions League group stage.

One of the reasons behind the good results of Lille OSC this season is their Ivorian international Nicolas Pépé. The polyvalent player, he can also play as a centre forward or second striker has had a fantastic season participating in 49% of Lille OSC goals with a total of 22 goals and 11 assists in 37 Ligue 1 games.

Pépé was nominated to the UNFP Best player of the season prize with players such as Neymar, Kylian Mbappé or Angel Di Maria making the final list. On top of that, he won the 2019 Marc-Vivien Foé Prize that since 2009 elects the best African player of the season in France joining his compatriots Gervinho and Jean Michaël Seri amongst the winners.

The goals and the awards have turned Nicolas Pépé into a hot property on the transfer market. On Transfermarkt his transfer value quadrupled from €10 million to €40 million between July and December 2018 with the trend continuing upwards.

Followers of French football know of the Ivorian talent since his loan to US Orleans from SCO Angers in the 2015/2016 season where he played a big part in the club’s promotion from the National to Ligue 2 — he was awarded the best player of the season award in the National that season. 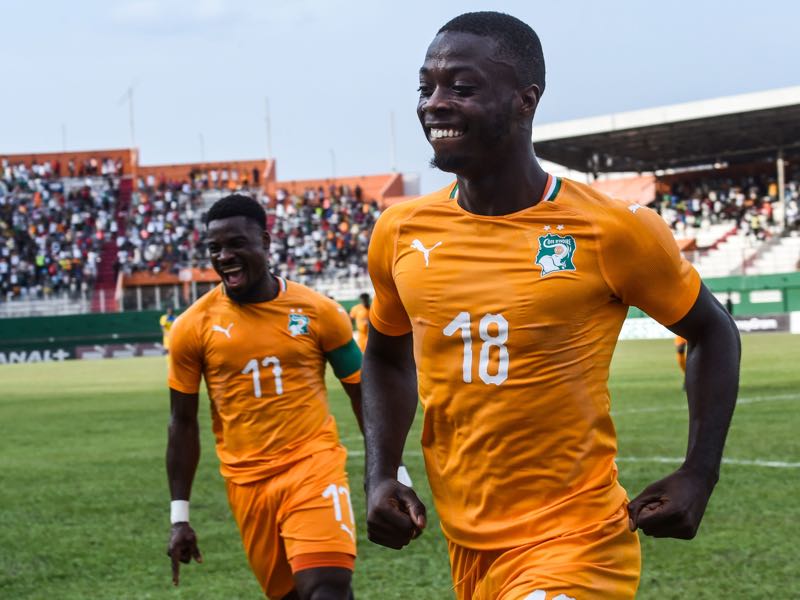 After this successful loan to the lower divisions of French football, Pépé got more chances to play for SCO Angers first team in Ligue 1. For his first season in the elite of French football, Pépé participated in helping the club to avoid relegation being together with the club’s second highest goalscorer with three goals in 33 games. At the end of his first season as a first choice for SCO Angers, clubs such as Lille, Newcastle and Olympique de Marseille fought for his signature.

In the end, it was Marcelo Bielsa’s Lille OSC that managed to sign the player in July 2017 for €10 million benefiting from the good relationship between SCO Angers and Lille OSC. That summer Pépé was part of a transfer frenzy by Lille owner Gérard Lopez, who wanted to please manager Marcelo Bielsa.

Differently, from his time at Olympique de Marseille where Bielsa managed to impress with attacking football and reached the fourth place with the second best attack in the 2014/2015 season, Bielsa’s tenure at Lille OSC was a failure. By the time Bielsa was sacked by Lopez in December 2017, Lille sat at 19th place in Ligue 1 and was in danger of being relegated after spending more than €70 million that summer. To replace Bielsa and try to remain in Ligue 1 for the following season, Christophe Galtier was hired as the new coach, and with Nicolas Pépé scoring 13 goals and five assists, Lille finished 17th managing to save themselves from relegation.

While the Bielsa era was a failure at least, Nicolas Pépé managed to make an impact. Now two years later it is expected that the Ivorian will at least double  OSC Lille’s transfer previous transfer record of €35 million the club received from Chelsea for Eden Hazard in 2015

That success is mostly due to head coach Galtier. In fact, it was Galtier, who managed to keep Pépé at the club in the first place. The Ivorian, after all, was close to leaving the club for Lyon in the summer of 2018. But Galtier and Pépé made a pact that he would remain at the club until the end of the 2018/19 season and that he would be allowed to leave the club this summer.

With the season coming to an end and the transfer window close to open its doors, Lille coach Christophe Galtier has already confirmed that the young Ivorian polyvalent player is on the move from the north of France.

“Nicolas will leave,” said Galtier after the last home game of the season in which, as usual, this season, the Ivorian star scored a brace against his former club Angers. The player has been linked in the past few months to the likes of Liverpool, Arsenal, Barcelona, Bayern München, Lyon or Paris Saint-Germain all of whom would have to cough up €70 million to sign the Ivorian international.