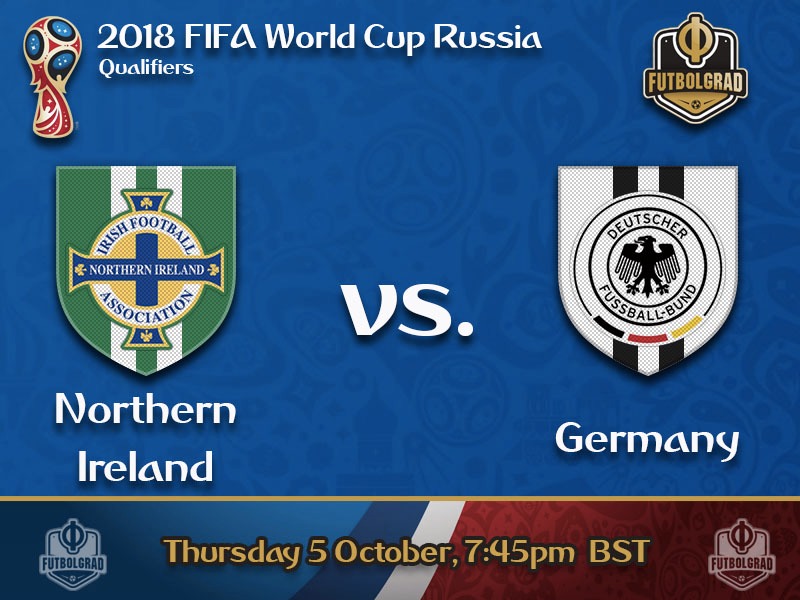 Germany are just one draw away from qualifying for the 2018 FIFA World Cup in Russia. With a record of eight wins out of eight games and a goal-scoring record of 35-2 Germany have dominated Group C scoring 4.4 goals on average. Despite this remarkable record, however, Germany are not yet qualified.

The reason for that is a relentless Northern Ireland side that mathematically still has a chance to dethrone the Germans from first place. With six wins, one draw, and one defeat—against Germany—Northern Ireland collected 19 points. Even more impressive is the goal-scoring balance, which stands at 19-2. Germany, in fact, have been the only side to score against Northern Ireland in Group C of UEFA World Cup qualifying.Northern Ireland’s defence aside Germany will be a massive favourite going into this

Northern Ireland’s defence aside Germany will be a huge favourite going into this game. At the same time, Germany will meet a side that believes in its chances and will have the full support of the home crowed. The Futbolgrad Network’s Northern Ireland correspondent Chris Weir points out that Windsor Park in Belfast will have an incredible atmosphere for this match. Furthermore, the likes of midfielder Steven Davis, if given room to boss the midfield, and Chris Brunt, who is incredibly dangerous on set pieces, could hurt Germany.

Joachim Löw’s selection highlights that he is taking this Northern Ireland side serious. Even without number one goalkeeper Manuel Neuer, injured Timo Werner, out of form Mesut Özil and Mario Götze, who Löw wants to give time to regain his fitness, Löw still nominated a side that would be dangerous to contain for any team on the planet. Barcelona keeper Marc-André ter Stegen will be a good replacement for Neuer and the likes of Leroy Sané, Sandro Wagner and Lars Stindl will provide plenty of firepower up front. Germany will bring a squad that is a marriage between the 2014 World Cup winning side and the two teams that won the 2017 U-21 European Championships and the 2017 FIFA Confederations Cup. As pointed out on the latest Gegenpressing – Bundesliga Podcast it is a strong side that should win against Northern Ireland. Northern Ireland

Germany will bring a squad that is a marriage between the 2014 World Cup winning side and the two squads that won the 2017 U-21 European Championships and the 2017 FIFA Confederations Cup. As pointed out on the latest Gegenpressing – Bundesliga Podcast it is a strong side that should win against Northern Ireland. Northern Ireland has, in fact, a history of shocking the Germans defeating die Mannschaft twice during the 1984 UEFA European Championships qualification round. Germany ended up making the tournament, but history shows that one should never underestimate once opponent.

Northern Ireland vs Germany – Player to look out for:

Chris Weir explains that Jonny Evans is the key player for several reasons. He has a real pedigree, both regarding his clubs he has played for and the fact that he rarely makes calamitous mistakes. In other words, he is Northern Ireland’s Mister Dependable. With this in mind, Evans will be key as Northern Ireland faces a rampant Germany side full of attacking talent. The product of Manchester United’s academy joined West Bromwich Albion in 2015 and playing for one of the smaller sides in England is used to keeping together the shop against more talented squads week in and week out. 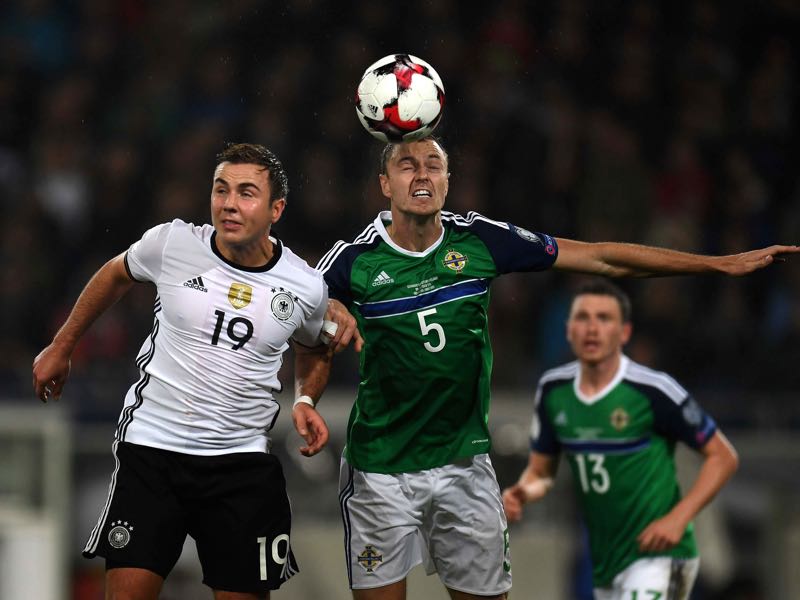 Lars Stindl’s transformation from a holding midfielder at Hannover 96 to one of the best strikers in Germany is remarkable. A similar striker to Bayern’s Thomas Müller Stindl uses his experience as a former midfielder to drop deep and collect the ball to start attacking players. Like Müller, Stindl can read time and space, which makes him a fascinating player to watch. Stindl will likely start the match to an all-out striker like Sandro Wagner. 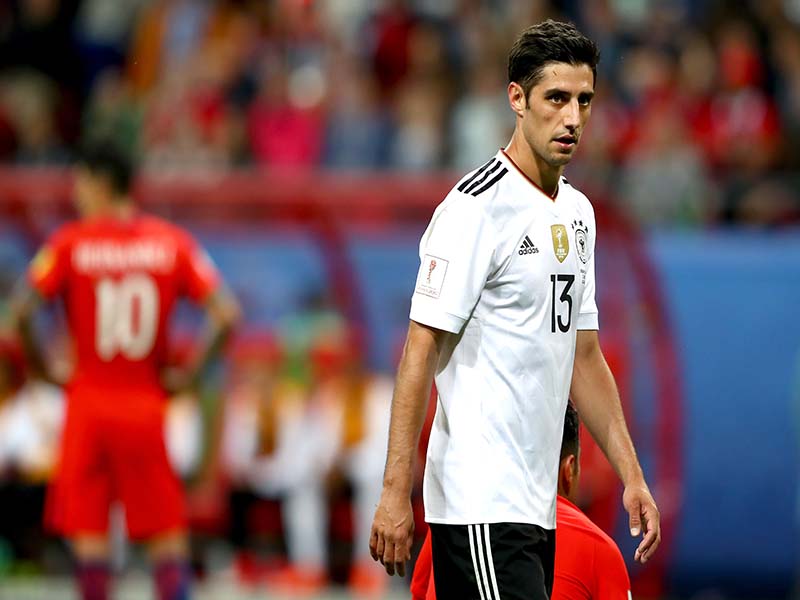 Lars Stindl could be the key player for Germany against Northern Ireland.
(Photo by Alexander Hassenstein/Bongarts/Getty Images)