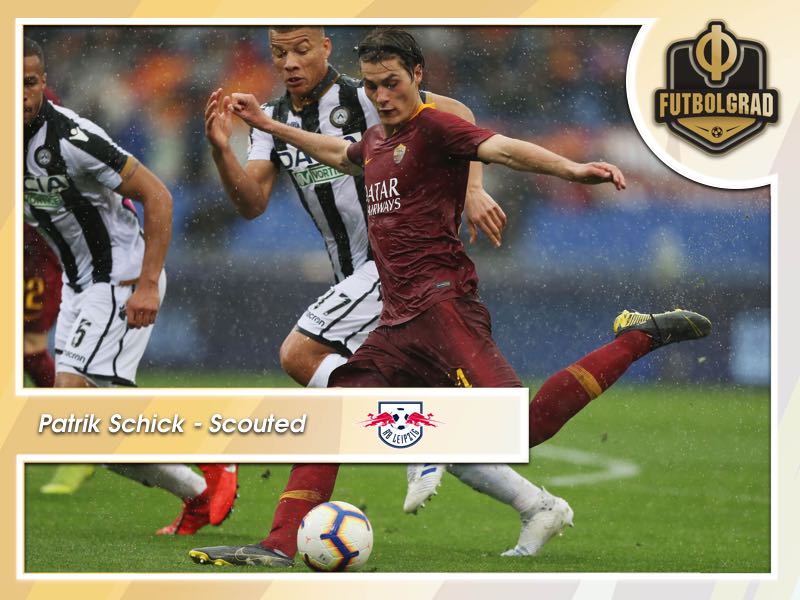 On transfer deadline day RB Leipzig have strengthened an already impressive side. On Monday the club announced the signing of 23-year-old Czech striker Patrik Schick.

Leipzig will pay €3.5 million for a one-year loan deal and have an option to sign the striker to a more permanent deal at the end of the season for €29 million should they qualify for the Champions League.

“I’m delighted to be a part of this great, young team and am looking forward to a new challenge and meeting the lads,” Patrik Schick said in an official statement released by the club. “Of course, I arrive here with the aim of helping the club out as we look to achieve our goals.”

“Patrik Schick is a very athletic and technically gifted player, who brings a lot of international experience with him,” RB Leipzig sporting director Markus Krösche said. “He will improve our attack and make us more versatile.”

Schick joined Roma in 2017 for an initial €14 million from Sampdoria Genoa. Another installment of €20 million will be due in February. In other words, Schick was a big investment for Roma, but the striker struggled at the club and scored just three goals in 24 games last season.

Patrik Schick: Where did it go wrong at Roma?

“Patrik Schick is an incredibly interesting player,” John Solano from the largest English speaking Roma news account Roma Press said. “There’s no doubting that he has bundles of talent simply based on what he showed during his loan season at Sampdoria. The Czech showed he has a good nose for goal, a burst of pace when necessary, and a strong dribbling ability,” Solano added.

However, none of these attributes were put on display during his time at Roma,” Solano said. “You could easily make the case that Schick was extremely unlucky and a victim of circumstance because he was stuck behind Edin Džeko, one of the club’s most prolific goalscorers. When given a chance, though, he simply failed to impress and didn’t look even remotely comfortable in Eusebio Di Francesco’s preferred 4-3-3 formation,” Solano added.

Once coveted around Europe for his immense talent Schick may have simply been the wrong player at the wrong club. But on the other hand, Schick was certainly given plenty of opportunities to produce last season. Overall, the forward played 1315 minutes in 24 Serie A games (54 minutes on average) and 250 minutes in six Champions League games (41 minutes on average). 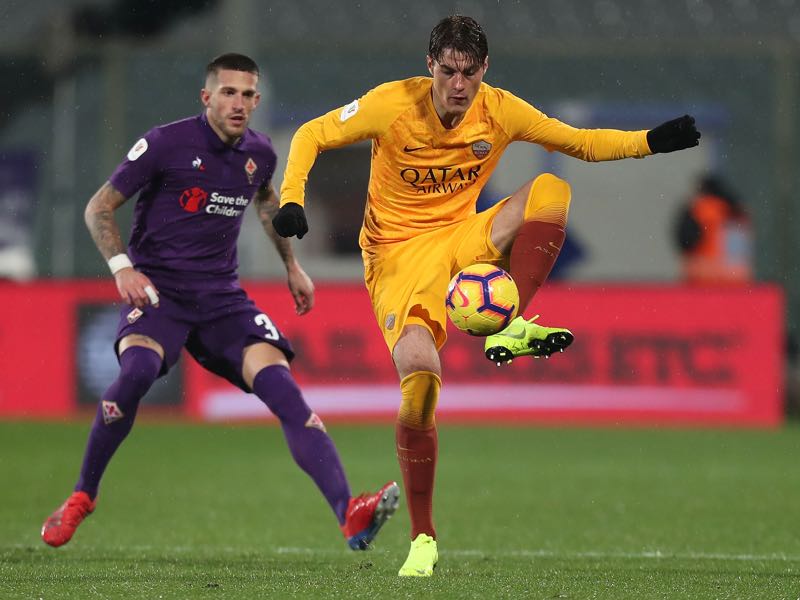 Patrick Schick of AS Roma in action during the Coppa Italia match between ACF Fiorentina and AS Roma at Stadio Artemio Franchi on January 30, 2019 in Florence, Italy. (Photo by Gabriele Maltinti/Getty Images)

For Solano, however, the biggest problem was Roma’s setup and not his skills. “I think it’s clear that Schick benefits greatly when playing alongside a striking partner because I don’t think he possesses the traits inside the area to be an out-and-out lone striker,” Solano said. Roma tried pairing him with Edin Dzeko, however, the Bosnian tended to struggle when playing with Schick,” Solano added.

“I think Schick, above all, needs a change of scenery and I think RB Leipzig could be the ideal landing spot for him and that head coach Jullian Nagelsmann can be the perfect manager to pull out all of the potential and flair we saw during his time in Genova,” Solano concluded.

How will he fit in at RB Leipzig

With all that in mind, the question then is how Patrik Schick will fit in at RB Leipzig. One of the main benefits of RB Leipzig’s system is that there is no reliance on one forward.

As pointed out by Solano Roma were very much dependent on playing with one main striker. Nagelsmann, however, seems to continue RB Leipzig’s tradition of playing with two variable forwards upfront and depending on the opponent with two wing players/inverted attacking midfielders.

The two main strikers this season have been the excellent Timo Werner, five goals in three games, and Yussuf Poulsen, one goal and two assists in three games. Behind those two, Matheus Cunha would have been the only real backup after the club sold Jean-Kevin Augustin to Monaco. The only other player that could have helped out upfront would be Ademola Lookman, who returned to the club from Everton earlier this summer but is better suited as an attacking winger.

Leipzig, therefore, needed another striker ahead of a season in which the club wants to be competitive in the Bundesliga, Champions League, and DFB Pokal. When comparing Werner, Matheus Cunha, Poulsen, and Patrik Schick the number one statistic that stands out is the Czech’s passing ability.

Schick leads the four RB Leipzig strikers with 82.34% completed passes over the last calendar year. In comparison, Poulsen managed to complete just 69.27% of his passes and Werner 72.98% of his passes. The Czech striker, therefore, adds another element to the attack and in a two-man forward line can act almost as a playmaker when paired to Werner or Cunha but might struggle a bit when playing with Poulsen, who likes to hold the ball.

Another interesting aspect is that Schick also has the highest percentage when it comes to getting shots on target. The Czech internationally managed to hit the goal on 47.54% of his on average 2.46 shots per 90 minutes. A number that is on balance comparable to Werner whose hit percentage is a bit lower at 45% but also fires more shots per 90 minutes (3.44).

On balance Schick almost seems like a bit of a compromise between Poulsen and Werner. When it comes to touches in the box, no Leipzig player has more than Werner’s 5.83 touches per 90 minutes over the last calendar year. Poulsen (3.95 per 90 minutes) and Schick (4.15) are more comparable in that category.

Ultimately, it will be a duel between Schick and Poulsen. But for Nagelsmann, the two forwards will provide different options. Schick is better when it comes to passing the ball, but Poulsen is a monster when it comes to controlling the long ball and on average receives 2.87 long balls per 90 minutes, more than any Leipzig striker in the squad.

In conclusion, for Leipzig, adding Schick makes sense. The 23-year-old adds another element to an already deep attack and, therefore, makes it more difficult for opponents to analyse Nagelsmann’s approach before every game.