Vítor Pereira – The 1860 Head Coach is Awakening a Sleeping Giant

On Wednesday night, 1860 München, guided by head coach, Vítor Pereira, battled as they had done in their glory days. VfB Stuttgart was an overwhelming opponent. Initially,1860 went up by a goal in the first half after midfielder, Romuald Lacazette, scored from close range in the 23rd minute. What followed were 70 minutes in which 1860 fought for the three points with discipline and work ethic.

In what seems to be a common theme in 1860’s history, all that remained in the end was disappointment. With just seconds to go, the ball drifted into 1860’s box, Munich defender Sebastian Boenisch attempted to clear the ball, but it hit Marcin Kaminski, and the ball ricocheted into the box.

Instead of tenth spot and 34 points, which would have meant a seven-point gap to the drop zone, 1860 was left with 32 points and a five-point gap. In essence, this means that die Löwen still have some work to do before they can officially put the relegation battle to bed. 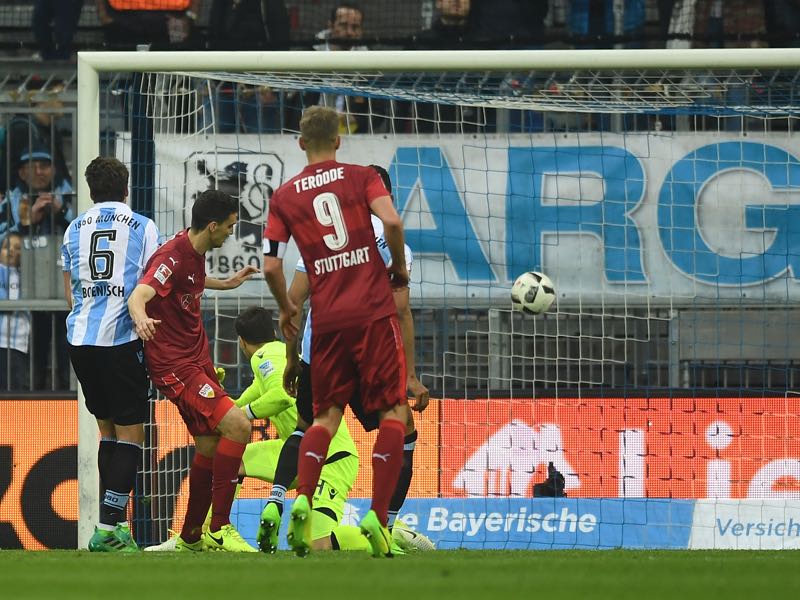 All of this makes for frustrating reading for 1860 fans. But, many fans, who travelled some distance to the match, will also recognize that something is happening in the blue half of the Bavarian capital. There may even be a hint of euphoria around 1860 München.

While the vast majority of the 47,100 supporters that came out to support 1860 at the Allianz Arena will go home disappointed, they can, perhaps, also take some pride in Wednesday night’s performance—pride in the fact that their club is starting to look like the 1860 of old.

The origin of die Löwen in Munich’s working class area of Giesing has always meant that fans supporting the team unfailingly wanted to see true working class football. They have idolized those who stood for hard-working football, people who carried an edge into every game. It is for that reason that 1860 fans idolized characters like Thomas Miller, who was a hard working defender for the club in the 1990s, and Daniel Bierofka, who was never shy about his Bavarian origins, and still works at the club.

Vítor Pereira, in fact, seems to have re-installed the type of ethic in the club that was lacking in the last decade. The three-man defence centred on the 1.97 meter tall Senegalese defender Abdoulaye Ba worked like clockwork to thwart any attempt by Stuttgart to get into the box.

Further up the field, the wing-backs Lumor (left), and Marnon Busch (right) were working hard on both sides of the pitch. Finally, Amilton and fan favourite, Stefan Aigner, who grew up supporting the club, were a constant thorn in Stuttgart’s defence.

Pereira, in the meantime, was on fire on the sideline. His antics, in fact, were reminiscent of Werner Lorant, who guided the club in the 1990s and early 2000s, and was in charge of the club’s second golden age. Lorant was a fire-plug on the sideline, constantly in conflict with the referees, and pushing his players forward whenever possible. 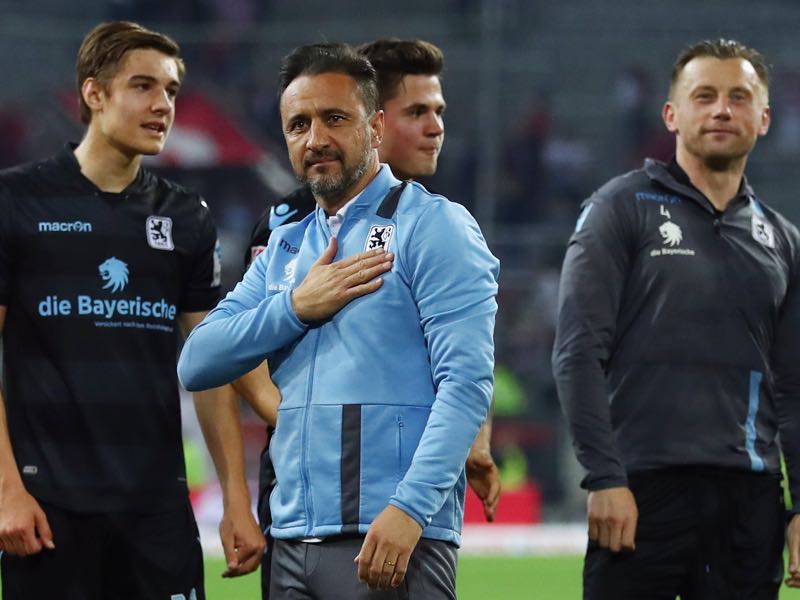 Vítor Pereira has brought a fierceness to the club not seen since the days of Werner Lorant. (Photo by Lars Baron/Bongarts/Getty Images)

Vítor Pereira, it appears, seems to be from the same mold. Like Lorant, Pereira was constantly pushing his players, yelling, threatening, and getting in the referees’ hair. What many would see as unsportsmanlike behaviour is exactly what this club needs. Pereira is bringing fire to a club that has not just been a sleeping giant, but a giant in a coma.

It now appears that the Portuguese coach has found the recipe not only to survive in the toxic environment that surrounds 1860 but, rather, to actually thrive in it. In ten games with the club, Pereira has now collected 17 points, which is two more than Kosta Runjaić and Daniel Bierofka managed in 17 games in the Hinrunde.

With a Bundesliga 2-point average of 1.7 under Pereira, 1860 are now on track to finish the league with 44 points, which should be enough for an upper table finish. In fact, calculated over the entire season, 1860 would have finished with 57.8 points, which would have put the club in the promotion sphere of the table.

The point average is even more impressive when one considers that this is not yet Pereira’s team. The Portuguese coach was able to bring in a few signings over the winter but, in the short winter break, was certainly not able to completely form a team to his liking.

It will, therefore, be interesting to see what Pereira can do with a club that is completely put together under his guidance. Considering recent results, and the fact that money does not seem to be an issue, it is certainly possible that 1860 could be one of the favourites for promotion next season.

With this in mind, the result against Stuttgart might remain a slight disappointment, but the bottom-line is that the game was a promise of a better future—a future built by a coach, who appears to be the right man to awaken a sleeping giant from its deep slumber.