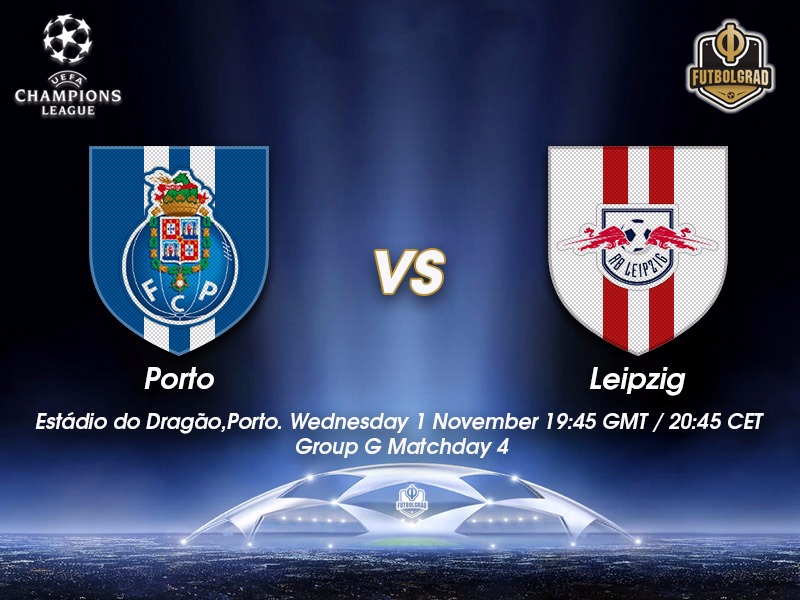 Porto vs RB Leipzig will take place at the Estádio do Dragão. (Photo by Mike Hewitt/Getty Images)

With Turkish side Besiktas looking likely to run away with Group G in the Champions League group stages, the battle is now on for the only remaining qualifying spot available. With RB Leipzig in second on four points and FC Porto in third on three points, the winner of this game will have taken a big step toward making it into the Round of 16.

Sitting relatively comfortably at the top of Primeira Liga, Porto will go into this match with a level of urgency. Having lost in Leipzig in the first group stage fixture between these two teams, the pressure is now on them to repay the favour. If they do not, they risk dropping out of the competition at the earliest possible opportunity.

After their loss in Germany, the Portuguese side responded well: a 6-1 drubbing of Paços Ferreira kept them two points ahead of their closest rivals in Liga Nos—Sporting CP. However, a mid-week draw in the cup against second-tier side Leixões SC will hardly help their nerves going into the Champions League fixtures this week.

With this being the second fixture in a doubleheader in the group stages of Europe’s most prestigious competition, RB Leipzig go into the game off the back of a domestic doubleheader. Being knocked out by Bundesliga leaders, Bayern München in the DFB Pokal last Wednesday, Ralph Hasenhüttl’s team had the chance to take immediate revenge in a league match the following weekend.

Whenever Leipzig come up against Bayern, the result is always close fought and usually involves some drama—you only have to think back to the final matchday of last season where Bayern managed to come back from behind to run out 5-4 winners. These two recent fixtures were no different. The Pokal fixture saw an increasingly-obligatory Naby Keita red card setting the Leipzig team back. In spite of this, though Die Roten Bullen managed to hang on to a 1-1 scoreline right to the death before losing on penalties, their final penalty being missed by none other than goal-machine Timo Werner.

In the re-run on Saturday, red card duties fell to Willi Orban who was given his marching orders early on in the game helping Bayern ease their way to a 2-0 victory courtesy of goals from James Rodriguez and Robert Lewandowski.

Where RB Leipzig have stuttered so far this season, the same cannot be said for their dynamic forward, Timo Werner. With five goals in eight appearances in the Bundesliga, Werner has kept his team within touching distance of the league leaders. However, in the Champions League, it has been a different matter. Having not scored so far in the competition, his most notable achievement so far was his asking to be subbed off in Turkey when the noise created by the Besiktas ultras proved to be too overwhelming for him. With only a 15 minute cameo in the first fixture of this doubleheader against Porto, Werner will be wanting to come out strongly and finally start making his mark on the European stage.

Porto have their free-scoring forward player: Vincent Aboubakar. The young Cameroonian striker has notched up six goals in eight in the Portuguese Primeira, picking up an assist in the process. Where Timo Werner has failed, though, Aboubakar has succeeded, netting a brace in the 3-0 win against Monaco before scoring against Die Roten Bullen in the away fixture. Leipzig, then, are faced with two tasks on Wednesday: allowing their own forwards to find the net while simultaneously preventing Aboubakar from finding theirs.