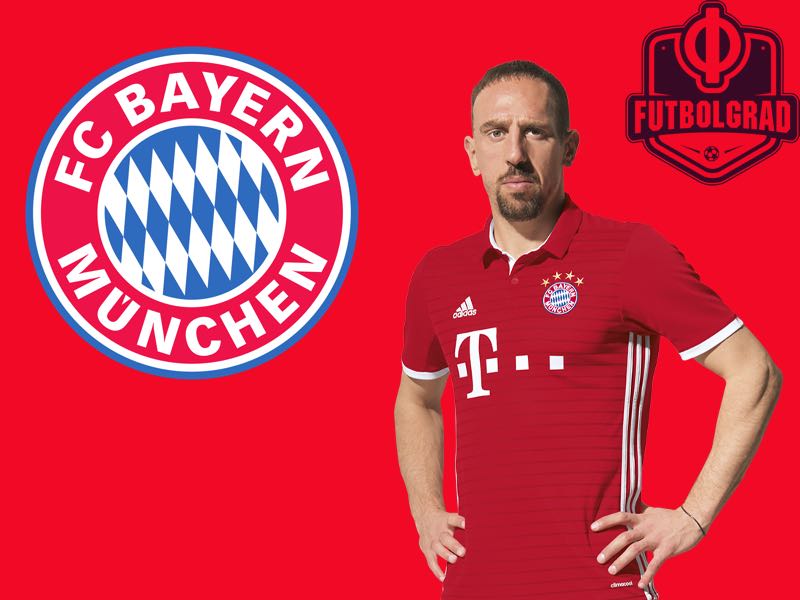 Game one after the short Carlo Ancelotti era ended in disappointment. Guided by interims coach Willy Sagnol Bayern München squandered a 2-0 lead at the Olympiastadion in Berlin drawing Hertha Berlin 2-2. The result means Bayern are now five points behind leaders Borussia Dortmund. But the result was not the only disappointment of matchday 7 for Bayern München. The club also lost star winger Frank Ribéry to an LCL tear.

Ribéry sustained the injury in the 61st minute of the game after he stepped on the ball and hyperextended his knee. 34-year-old former French national team player was then unable to walk off the pitch and had to be carried off seemingly under a lot of pain. On Monday Bayern München announced that Ribéry had raptured the LCL, but that the ACL is intact. Ribéry will now undergo a conservative therapy in which he will try to stabilise the joint with muscle training. 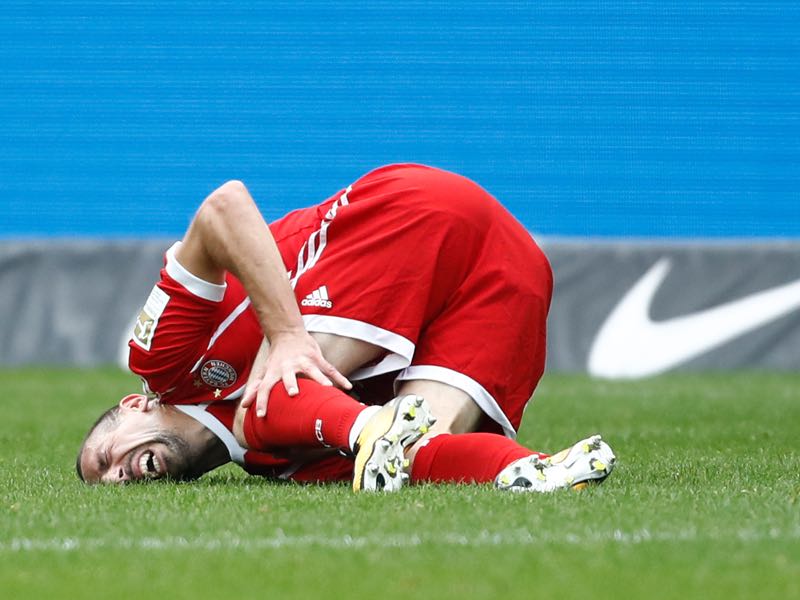 Even with conservative treatment, the injury means that Ribéry will be out for at least the rest of Hinrunde. On top of that, there is no guarantee that the therapy will work and there is always a chance that Ribéry might have to be operated on the joint after all. Either way, Bayern will now face the task to replace the winger until winter break.

While in the long-term the club was facing this prospect anyways in the short-term Bayern lack the depth to compensate his injury fully. The most logical replacement for him would be Serge Gnabry. But the German national team winger did not feel that Ancelotti was the right coach for his development and instead joint 1899 Hoffenheim on loan until the end of the season.

Kingsley Coman, of course, is the logical replacement on the wing. The French winger, however, has failed to consistently show that he can be a long-term replacement for Frank Ribéry and also prefers to play on the right wing rather than Ribéry’s left-side. Short-term Bayern have no choice unless of course, the new head coach decides to promote from within.

The other player, who could play there, is James Rodriguez. But the Colombian is not a winger and prefers to play at the centre of the pitch behind a natural striker. Lacking pace and the ability to take on players one-on-one James is not the natural replacement for Ribéry either. One solution would be to move Thomas Müller to the wing and James to the centre of the pitch. But Müller prefers having the freedom to roam and exploit space wherever it becomes available.

Short-term Bayern might be alright with this kind of setup, but as mentioned on the latest Gegenpressing – Bundesliga Podcast Bayern are currently just one significant injury away from facing a major headache for the rest of the season. It was one of the major criticisms by Robert Lewandowski in an interview with Der Spiegel a few weeks back. The Polish striker bemoaned the lack of investment by Bayern München this summer pointing out that the club may struggle to be competitive with the likes of Paris Saint-Germain, Real Madrid, Barcelona and the big English clubs.

Lewandowski Criticized the Club Because of the Transfer Strategy

Lewandowski was heavily criticised for his statements—looking at the squad now it becomes apparent that he had a point. Even more importantly Bayern have failed to buy a replacement for Lewandowski as well. An injury to Lewandowski at the moment would seriously endanger any of Bayern’s goals for the season. 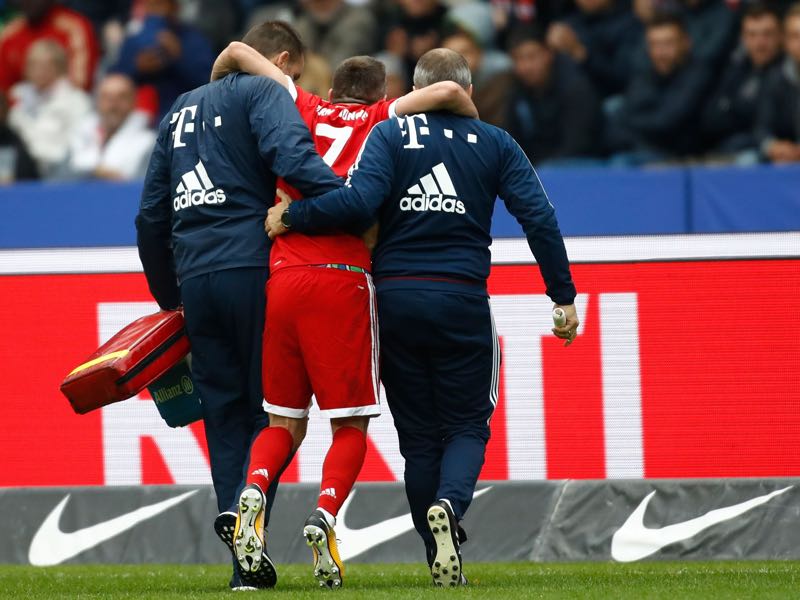 Frank Ribéry had to be carried off the pitch. (ODD ANDERSEN/AFP/Getty

With Bayern to likely present, a new head coach over the international break the club will want to address some of the shortcomings in the winter. Until then this might be a good time to integrate some of the youth players into the squad. The likes of Fabian Benko, who already trains with the first team, Timothy Tillman and perhaps even 16-year-old Oliver Batista Meier could become options in the short-term for the club.

Long-term Bayern might target Julian Draxler, Julian Brandt and Leon Goretzka to replenish the stock. Also keep an eye on Serge Gnabry, who stock at Bayern has now risen—especially as prospective head coach Thomas Tuchel has apparently made the phasing out of Robben and Ribéry one of his conditions to sign at the club. Either way, these are fascinating days at Bayern as the club is coming to terms with a new reality.

As for Ribéry. He was always one of the most beautiful players to watch in the league. His absence will be missed, not just by Bayern fans, and we are hoping for a speedy recovery and great ending to what was an illustrious career.