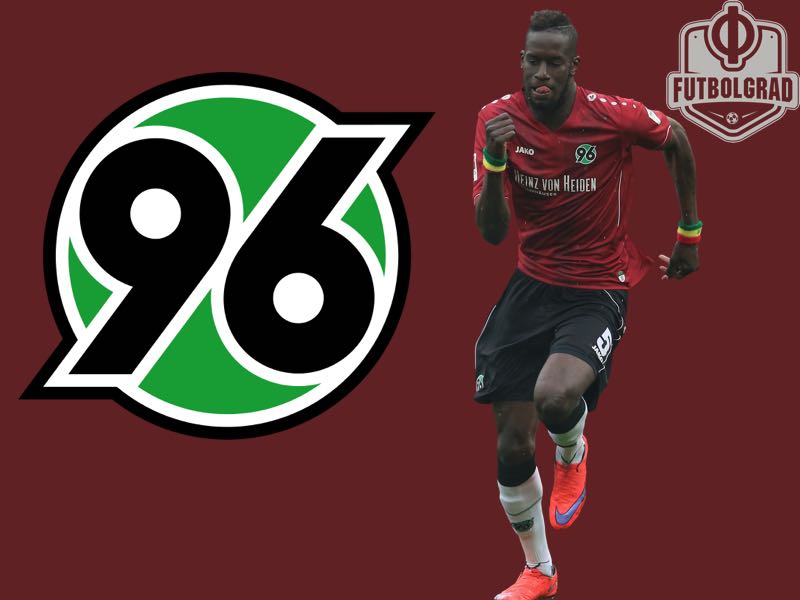 Hannover 96 have been one of the most ignored storylines in the Bundesliga season. The newly promoted side was hotly tipped to go straight back to Bundesliga 2 this season. But with 18 games played this season Hannover are tenth ten points clear of the drop zone. One of the big reasons for the club’s success has been dominant Senegalese defender Salif Sané.

The 196cm tall 27-year-old defender has been undeniably one of the best players for Hannover this season. Possessing an exit clause that could see him leave the club for €11 million at the end of the season it is no surprise that he has already been linked with a move to both English Premier League clubs and other Bundesliga teams.

There is no doubt that Salif Sané could be a fantastic addition to any top club. Strong on and off the ball the tall defender is surprisingly gifted for a tall defender. Perhaps the biggest point of criticism is that Hannover had one of the fourth worst defences in the league after the Hinrunde. That stat, in particular, may have been the biggest reason why Salif Sané was ranked just tenth in the kicker ranking among Bundesliga defenders.

Salif Sané was ranked tenth among Bundesliga defenders after the Hinrunde

At the same time, he is still listed among young and uprising Bundesliga defender Felix Uduokhai. Hannover are also a side that is looking to go on the attack first rather than sitting deep as it is usually the case for newly promoted teams.

Hence, while Hannover signed a new defender in Croatian Josip Elez from Rijeka this winter—but Elez was brought in to support Salif Sané rather than replacing him. The goal against statistics does indeed indicate that Hannover needed further depth in defence. The Futbolgrad Network has seen Hannover on a few occasions this season and has been impressed with Salif Sané athleticism and attacking prowess that has not been seen in the league since former Bayer Leverkusen and Bayern München defender Lucio left the Bundesliga.

After all, Salif Sané was already on the jump 18 months ago after the club was relegated to Bundesliga 2. Hannover forced the Senegalese to stay with the club to repair the damage and return straight to the Bundesliga. At the time Salif Sané was deeply disappointed and openly spoke out on his resentment. With this in mind, it could become difficult for Hannover to sign him to a new contract.

Heldt: “We have no interest in selling Sané right now”

As a result, Hannover sporting director Horst Heldt has put some heat on rumours that Salif Sané could perhaps leave the club this winter. Speaking to Sportbuzzer Horst Heldt said: “We still have two more games until the winter break. It could go in any directions. If we receive an offer of over €50 million for Salif Sané – and we haven’t – we would have to think about it. At the end of the day, the only thing that matters is that we are prepared.”

Heldt added further: “There are three important things to add: The player has to want to leave the club, which he doesn’t. We need to receive an official offer, which we haven’t. And third is whether we want to sell the player. If the player wanted to leave the club, we would throw him on the market, and we would get an offer in no time. Fact is, and that is the only orientation point for us: the player doesn’t want to leave, and we haven’t received an offer.”

Saif Sané will be indeed key for Hannover 96’s fight against relegation. The most valuable player in the squad the defender has become the leader on the pitch. Also, defenders of his calibre would be impossible to obtain during the winter, which would explain why Hannover will take the risk to lose him on a €11 million transfer in the summer rather than selling him now for a more significant sum.