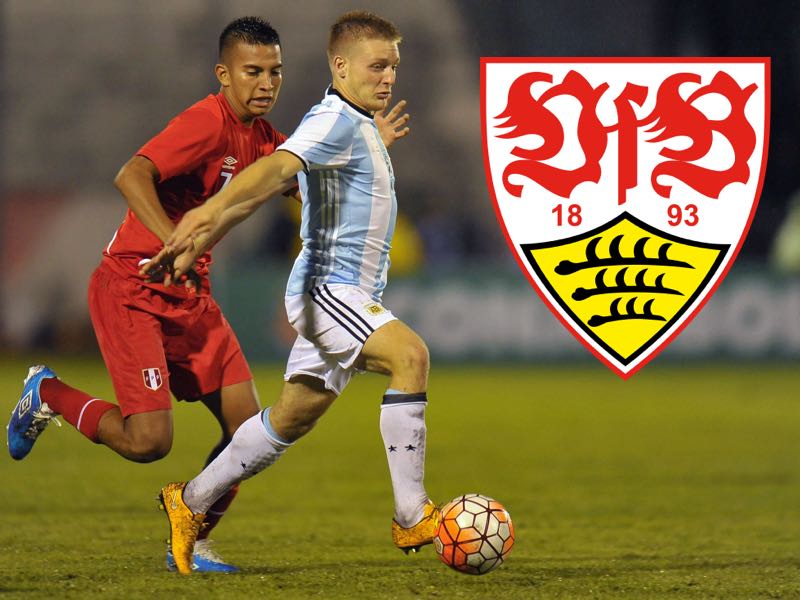 After last year’s superlative Bundesliga 2 campaign which earned them the title and automatic promotion back to their historic home, the Bundesliga, die Schwaben are aiming to become a top side straight away this season. A valuable proof of this is the signing of 20-year-old Argentine defensive midfielder Santiago Ascacibar from Estudiantes de La Plata.

After weeks of negotiation, the German institution has reportedly secured the transfer of Ascacibar, who will sign a 5-year contract in the upcoming days, for the sum of $8.5 million. Ascacibar will, therefore, become VfB Stuttgart’s biggest ever transfer.

It doesn’t matter how bad 2016 was for you, no matter how many calamities you went through during that year, it cannot have been worse than the city of Stuttgart’s 2016. The last day of the season, the capital of Baden-Wurttemberg had three of its leading football teams relegated: VfB Stuttgart, Stuttgart II and Stuttgarter Kickers. It certainly was quite a blow for such a traditional location in German football. 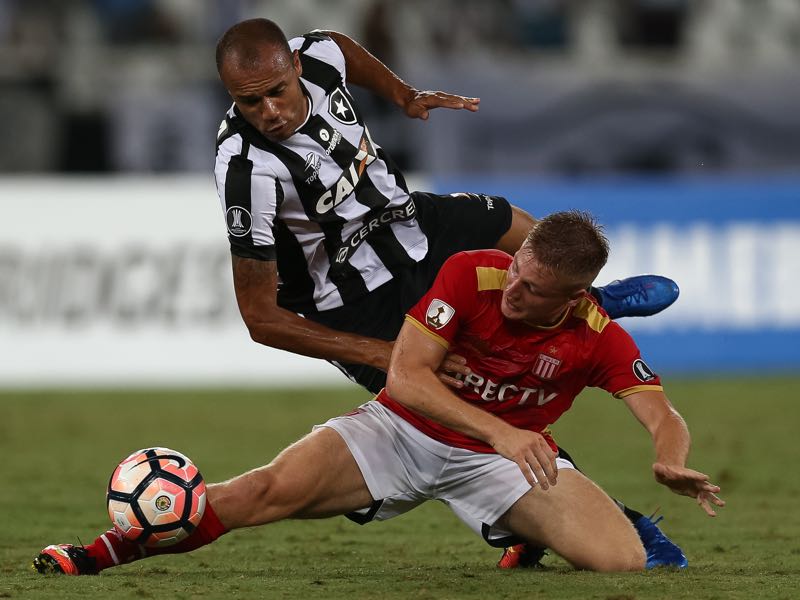 Santiago Ascacibar can be a physical presence on the field. (Photo by Buda Mendes/Getty Images)

As Manuel Veth explains in his article, Stuttgart made the mistake of resting on their laurels after winning the Bundesliga in 2007. A fatal mixture of unwise investment and the fact that they lost their key players led to a series of back-to-back disappointing campaigns not up to the standards of a club which many thought could become Bayern München’s regular local competitor. Instead, the team ended up getting relegated after 39 years of continuous Bundesliga presence.

Relegation was somewhat of a needed stumble for VfB Stuttgart, an opportunity to learn from their mistakes, as Veth writes. It is no surprise that the club decided to make a drastic change in the way the institution plays its football both on and off the pitch, with the latter probably being the most important in this case. A risk-free project is needed should VfB Stuttgart want to avoid getting relegated again.

Ascacibar is the result of a better transfer policy

At the beginning of August, VfB Stuttgart decided to part ways with its director of football Jan Schindelmeiser and replaced him with Michael Reschke who left Bayern München to collaborate in Stuttgart’s new project which has a better transfer policy as its primary concern.

Despite this being the first time Reschke takes up a leading role in such a big institution, the results of his work are already evident after the signing of Ascacibar. The Little Russian has been one of the most prolific midfielders in Argentina for the past seasons. Due to the current situation of South American football, these sorts of positions are not as encouraged as the offensive ones, for a winger is many times more valuable than a centre-back or a defensive midfielder. Thus, securing his services is a great achievement for Reschke since before Stuttgart, both Spartak Moscow, champions of Russia and Champions League participants, and Zenit Saint-Petersburg with their bottomless wallet fuelled by Gazprom had shown interest in the player. 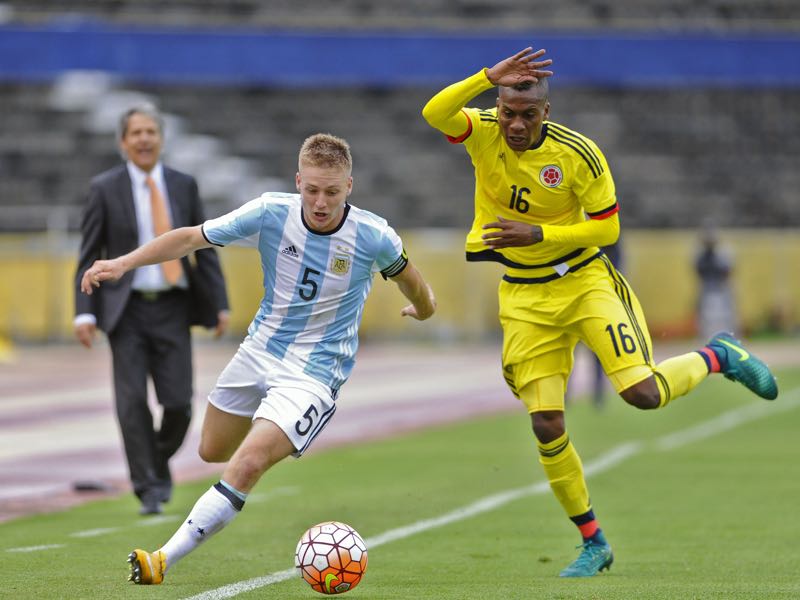 All in all, VfB Stuttgart’s squad is shaping up very well considering their objectives. The always needed experience arrived in the forms of Ron-Robert Zieler and Holger Badstuber, two players that will inevitably find their way into the starting lineup sooner rather than later. Then, the juvenile speed and vertigo required to compete with the greats in the Bundesliga shall be provided by players like the Congolese Chadrac Akolo and, quite possibly, the arrival of Erik Durm who seems to have no place within Borussia Dortmund’s starting eleven. Finally, there is Ascacibar, who stands right there in between the two categories mentioned above.

Broadcasting 15 matches per weekend can be an extremely resource demanding task for any television company. In Argentina, where the government held the broadcasting rights of the league for nearly ten years, the limitations of the State television apparatus became evident despite their best efforts. All sorts of resources were needed, like employing radio commentators with their characteristic richness in vocabulary and poetical expressions to work on TV transmissions. This brought with it unforgettable jewels like: “Ascacibar is like the Holy Spirit because he is everywhere!”

There aren’t many football players as constant and multifaceted as Ascacibar around. The task of recovering the ball from the feet of the opponent is already hard enough, yet somehow the Little Russian manages to start the counter-attack by carrying the ball forward instead of just passing the ball straight away. This dynamic style of play sets him apart from the aggressive, rustic group of defensive midfielders and allows him to be “everywhere” with his relentless work rate. Being a mixture of the classic European Libero (or number four, if numbers are your thing) and the South American número 5, his abilities are beyond what anyone would expect from a simple pivot.

Expect tackles of surgical precision, futsal-style dribbles, seemingly endless pace and even the odd nutmeg every once in a while. This spectrum of resources makes Ascacíbar an exceptional player, someone you will want to keep an eye on.

Even though the radio guy turned into TV commentator’s expression was quite accurate, I prefer to use football stereotypes instead of religious metaphors. What Stuttgart fans can expect from Ascacíbar is nothing less than a Caucasian N’Golo Kanté. Like any German product, he is constant, efficient and of superior quality. It would be a surprise if he did not adapt to the Bundesliga and failed to become the leader of the Schwaben’s midfield, although only time will tell.

With the World Cup to be held in Russia less than a year away, every player considerably eligible for the national team is carefully planning his next move of possible call-ups. Despite his young age, Ascacíbar has already demonstrated that he can orchestrate the midfield of one of the most successful clubs in Argentina and South America by himself. Besides, his contributions to the sides that competed in both the under-20 Sudamericano and the 2016 Olympics in Rio were some of the best considering the embarrassing presentation the Argentine Football Association offered at both tournaments.

His progress has been impressive after coming out of Estudiantes’ youth system at the start of 2016. Now, only a season and a half later, he has already gathered local, continental and international experience, which will be very valuable in his new home in Germany.

Therefore it is not crazy to think about him as the heir of Javier Mascherano in the national team should he be able to maintain his current level of form at his new club. However, it is too soon to talk about such matters. For the time being, a move to the Bundesliga was the right choice for the little man’s career.