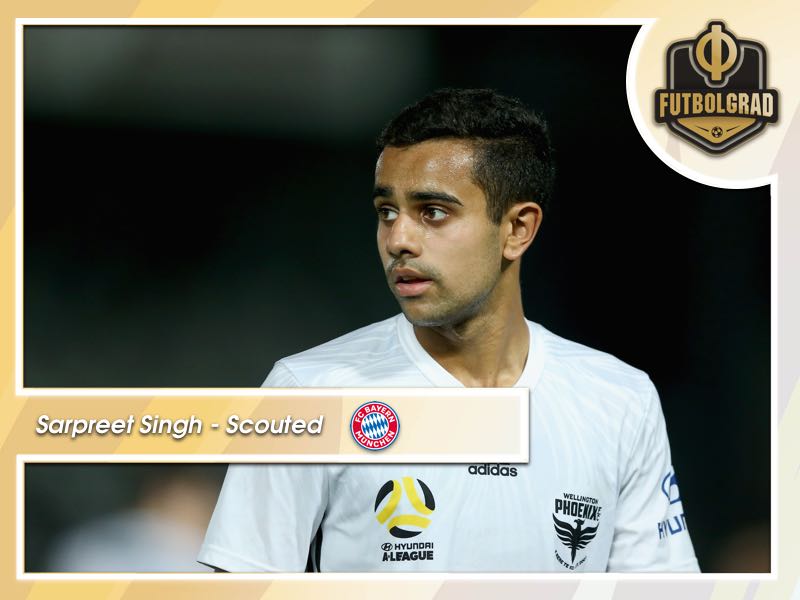 Sarpreet Singh was one of the stars at the FIFA U-20 World Cup in Poland this spring. The 20-year-old attacking midfielder made four appearances and managed to score once as his country reached the round of 16 where New Zealand was eliminated by Colombia.

According to reports from Germany that performance was enough to convince Bayern München to take a closer look at the Wellington Phoenix midfielder. In truth, however, Sarpreet Singh has been on the radar of Bayern’s scouts for some time, especially after a strong season in the Australian A-League.

Although based in Wellington, New Zealand, Phoenix play in Australia’s A-League, in a similar arrangement Canadian sides Montreal Impact, Vancouver Whitecaps and Toronto FC have with the US league Major League Soccer. Playing in the A-League Sarpreet Singh has managed five goals and seven assists in 25 games. In fact, the attacking midfielder was involved in 82% of all possible minutes this season, and in 26% of the goals, Wellington Phoenix scored this season.

Bayern, in the meantime, need to strengthen their recently promoted Bayern Amateure side. Bayern II will be part of the professional Liga 3 next season and with several players moving on to be loaned out Bayern’s scouts are looking for players that can help with keeping the reserve side in the third division but could also potentially be developed for the first team.

Sarpreet Singh – From Wellington to Munich

Hence, it is no surprise that sides like Bayern have taken note of the 20-year-old’s development. A possible transfer was pretty much confirmed by Singh’s club Wellington Phoenix on Tuesday.

“There were a few clubs that were interested in Sarpreet, and that was the one he was most interested in exploring further,” Phoenix general manager David Dome said on www.aleague.com.au. “Now we’re just waiting for a formal offer to come across to see how much Bayern value the player at, and if it meets our expectations,” Dome added.

Hence, whether a deal will get done will depend on Bayern meeting Phoenix’s expectations. “All things being equal, Sarpreet could end up playing in Germany next year,” Dome said with some optimism. “He’s very excited. Sarpreet has always targeted going to play in Europe at some stage,” said Dome. “Having said that, I think even the fact that he’s had interest from the fourth-biggest football club in the world, has given him a bit of a shock. But a very, very good one,” he added.

Meanwhile, Sarpreet Singh appeared on social media holding up a Bayern shirt with his name and the number 10. Clearly photographed in Germany, this photo, however, does not mean that a deal is already in place as it was not an official release by the club. 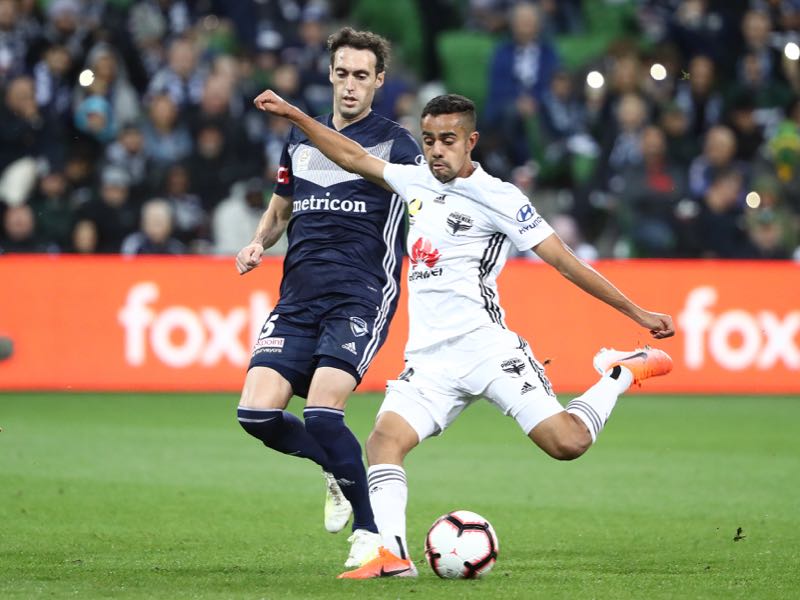 In fact, it will be interesting to see what Bayern’s evaluation of the New Zealand star. One thing is for certain Sarpreet Singh will unlikely command the sort of fee Bayern played for Canadian star Alphonso Davies last summer.

At the same time, should Bayern end up signing Sarpreet Singh the two could even find themselves play together on occasion. Bayern consider the Amateur side a clear pathway to the Bundesliga side and Davies has at times played in Regionalliga Bayern last season in order to get some much needed playing time.

With this in mind, what sort of prospect will Bayern receive in Sarpreet Singh? James Nalton on the World Football Index described Sapreet Singh as a “creative attacking midfielder who likes to make things happen in the final third. A probing left-footed passer who will run a game if given a chance.

At the same time, how does he stack up to the current crop of talent available at Bayern II? The most industrious has been Canadian star, Alphonso Davies.

In fact, the numbers highlight why the winger should only on occasion feature in the Amateur side. Davies had 10.83 successful attacking actions this season — more than any other Bayern player in reserve side including the outstanding Meritan Shabani (6.78), Kwasi Okyere Wriedt (6.56) and Woo-yeong Jeong (5.59). Singh, in the meantime, had 5.55 successful attacking actions for club and country last season.

Keep in mind, however, that Shabani, Jeong — both likely on loan — and Davies — mostly with the first team — will not feature much or at all for Bayern II next season. Instead, Singh’s competition will be the newly promoted Marcel Zylla, Oliver Batista Meier and Joshua Zirkzee.

Sarpreet Singh compares favourably to both and will even be a significant upgrade. For example, Zirkzee managed just 4.08 successful attacking actions last season. Furthermore, Singh ranks high in terms of key passes and with 0.25 assists per 90 minutes ranks second to Zirkzee (0.35) in that category together with Davies.

Furthermore, with 75.96% completed passes into the final third Singh ranks just behind Jeong (75.97%). Once again Davies takes that category with 80% completed passes in the last third. More importantly though for the New Zealand star he outranks Zylla, Shabani and Zirkzee, who after all will be his direct competition next season.

Hence, with all that in mind, Sarpreet Singh should be an exciting project for Bayern to take on. Whether it will be enough for the first team, however, remains to be seen as the New Zealand playmaker does not seem to fit in the sort of category of super talent that Alphonso Davies belongs in.