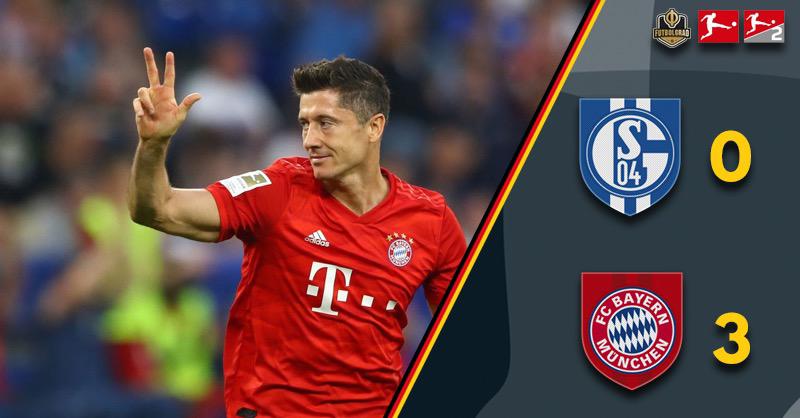 Bayern Munich’s Joshua Kimmich created the first two opportunities for Robert Lewandowski, but Alexander Nübel stood firm. The Polish striker didn’t have to wait long for another chance, however, sending Nübel the wrong way from the penalty spot after Jonjoe Kenny’s clumsy tackle on Kingsley Coman.

The Bavarians were controlling the match with ease, getting around Schalke’s high press and monopolising the ball. Omar Mascarell shot wide, Guido Burgstaller’s cross was cleared, and Amine Harit shot at Neuer, but Bayern’s shot-stopper wasn’t seriously tested in the opening period as the visitors led 1-0 lead at half-time.

Just five minutes into the second half, Bayern doubled their lead. Mascarell gave away a cheap free-kick, Lewandowski stepping up with a trademark effort over the wall and into the top corner. David Wagner responded immediately by replacing Benito Raman with Ahmed Kutucu.

Schalke had a great chance to score from a corner after Weston McKennie’s shot was blocked. Nico Kovač brought on new signings Ivan Perišić and Philippe Coutinho, Kutucu shooting wide and Caligiuri with an effort cleared off the line but it appeared it would be Bayern’s day.

Those assumptions were confirmed in the 75th minute. Coman raced down the right-wing and picked out Lewandowski who sealed his hat-trick with a composed finish. Schalke’s efforts were summed up when Caligiuri released Burgstaller into the box, the striker rounded Neuer and hit the bar with a goal begging but was ruled offside. 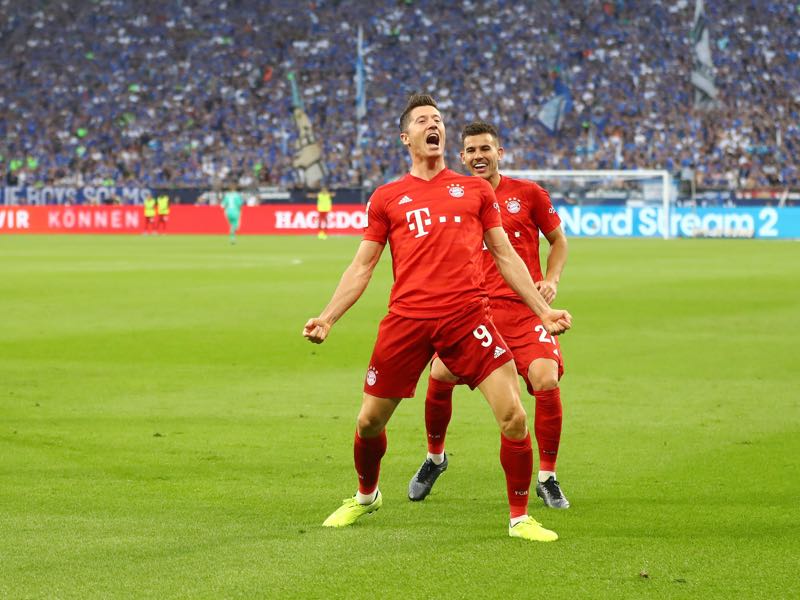 The prolific striker had two early sighters before burying a penalty to open the scoring. The perfect free-kick gave Bayern a 2-0 cushion before finishing off a swift counter-attack to secure another Bundesliga hat-trick.

The central midfielder was busy up and down the pitch with Kimmich in the holding role. Saw difficult chances miss the target to end both halves but his energy and ability gives Kovač an option he was missing last season.

Continues to be Schalke’s best player and most creative outlet. With all their chances seemingly coming through or from Caligiuri, he will be vital if Schalke want to have any chance of getting into the top half this season.