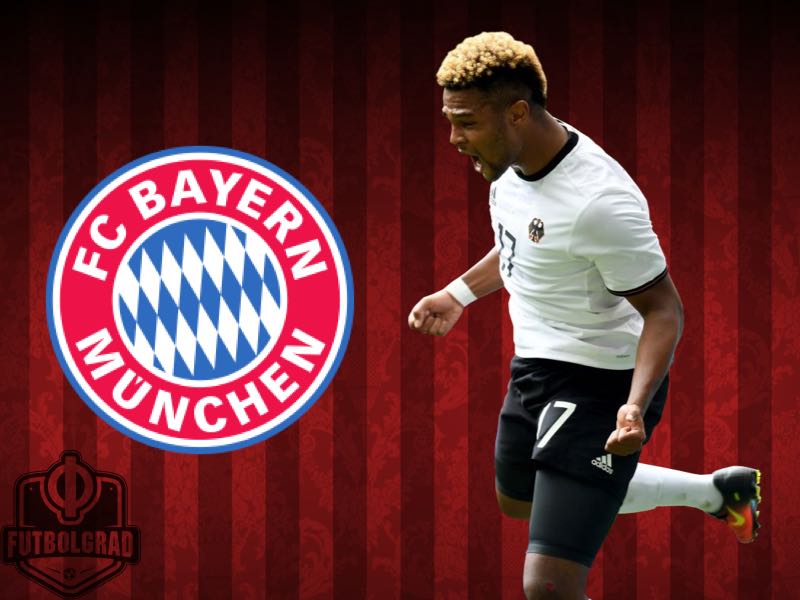 After announcing that he would leave Werder Bremen this summer, Serge Gnabry has finally revealed his next destination. The attacking winger, who is currently preparing for the U-21 European Championships with the German junior national team, will be joining FC Bayern München on July 1.

At that point, Gnabry has been widely overlooked at Arsenal and wanted to leave England. 1899 Hoffenheim, Borussia Dortmund Hertha Berlin and RB Leipzig were linked with the then 20-year-old. Hertha and Leipzig appeared close at one point, but both clubs were unable to negotiate a deal for the attacking midfielder. At that point, Arsenal manager Arséne Wenger was reluctant to sell Gnabry and instead wanted to loan the player out.

Hence, a transfer back to Germany stalled until Werder Bremen all of a sudden announced the transfer of Serge Gnabry from Arsenal to the Weser on the final day of the transfer window. There was, however, some confusion over the deal. Serge Gnabry’s father Jean-Hermann Gnabry told the media in Germany that his son had negotiated the deal with Bayern München. 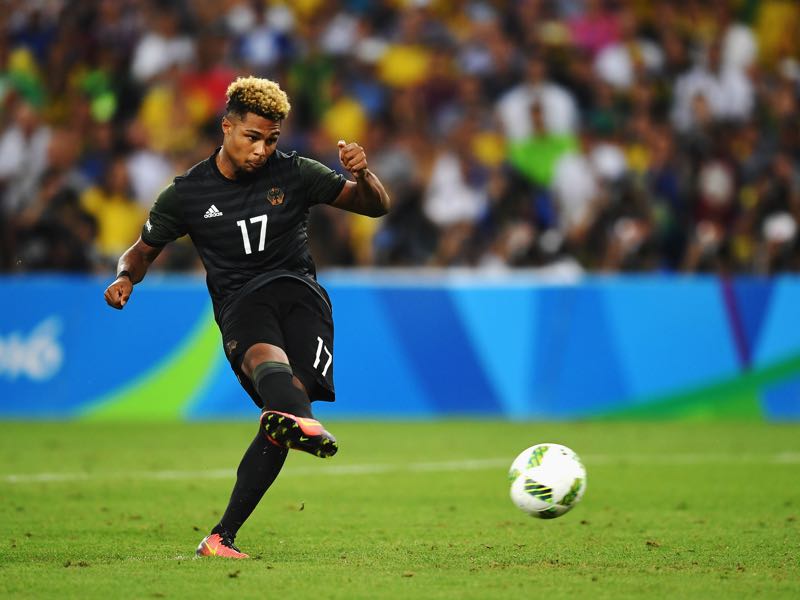 Serge Gnabry was excellent for Germany at the Olympics last summer. (Photo by Laurence Griffiths/Getty Images)

Instead, however, it was Werder Bremen who ended up signing the young German attacking winger for €5 million. But how was Werder able to pay for the deal? The North German club has long struggled financially and after signing Max Kruse seemed to have exhausted his transfer budget. The German magazine kicker then reported that Bayern München had paid some of the money to Arsenal and in turn secured an option to sign Gnabry for €8 million.

Werder sport director Frank Baumann, who was adamant in telling the media that Bayern were not involved in the deal, however, categorically rejected kicker’s story. But as Serge Gnabry started to shine for Werder last season the link to Bayern kept on surfacing. Gnabry was quickly identified as one of the potential replacements for the ageing Arjen Robben and Frank Ribéry.

Both players are expected to go into their last season, and with Douglas Costa struggling to display his worth to the club Bayern were on the lookout to bring in new players on the wing. One of those signings could still become Alexis Sánchez. The Chilean forward remains a Bayern transfer target, but at the same time the club will have to replace two players on the wing in the next two years, and Sánchez is already 28 himself.

Serge Gnabry – Another Loan Move in the Cards?

Hence, Bayern needed youth to build for the long-term and Gnabry was, therefore, a perfect transfer target for the summer—especially as Bayern already owned his option. But there is also another reason why Bayern wanted to finalise the deal now.

Gnabry was desperate to complete a deal to a Champions League side this summer. Once again both Hoffenheim and Leipzig were interested in signing Serge Gnabry. One problem was that Gnabry’s Bayern clause. Neither club was very keen on signing the winger only to lose him next summer when Robben and Ribéry potentially hang up their boots. Hence, Bayern had to act and complete the deal now.

Now the question will be whether Gnabry is already experienced enough to play regular minutes at Bayern. His statistics from last year with Bremen, 11 goals and two assists in 27 games, were remarkable, but at the same time, Gnabry struggled to lock down first team minutes after he went down with an injury in the second half of the Rückrunde.

Some critiques, therefore, suggested that Serge Gnabry would mostly find himself on the bench at Bayern next season—in particular, if Bayern still sign Sánchez. Rumours have therefore suggested that Gnabry could be loaned out next season, but such a move would not be discussed until the 21-year-old has completed the summer camp at his new club. For now, Gnabry is a Bayern München player, and those who have followed his development closely will certainly recognise that he has earned the move.