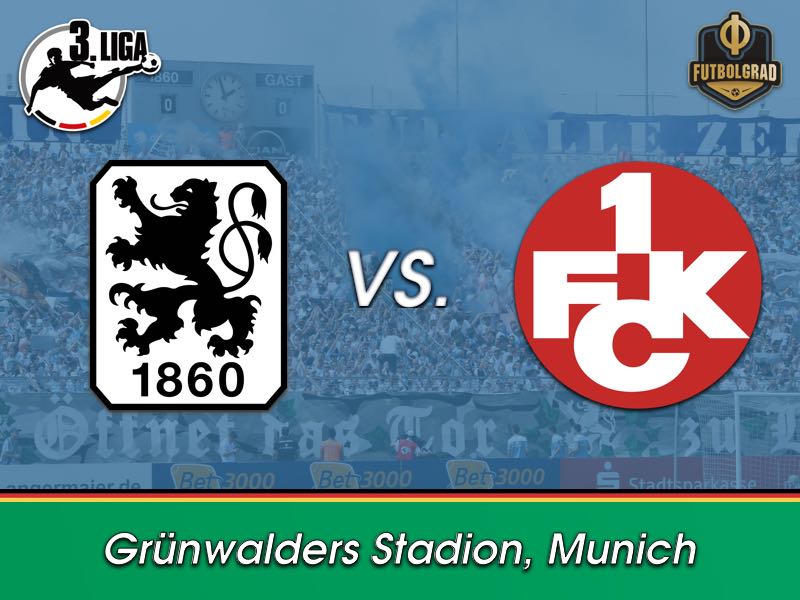 The last matchday before the winter break will be crucial for 1860 Munich. An unnecessary defeat to Carl Zeiss Jena on matchday 19 means that 1860 finished the first half of the season with 23 points. Not bad for a newly promoted side but the Jena result was the second game in a row where 1860 were considered favourites but did not deliver.

What remains is a club once again on the brink of crisis. On the field, the results have meant that parts of the media have criticised head coach Daniel Bierofka. Bierofka was singled out for his jubilant gestures towards the main stand following his side’s goal against Jena. Just two wins in the last ten games is a worrying trend given that the relegation zone is only three points away at this point.

Off the field, money and the relationship to investor Hasan Ismaik remain a hot topic. The club’s CEO Michael Scharold said this week that the club would have to save money if they wanted to survive without the Ismaik’s finances. It is a fine line, on the one hand, the club needs investments in order to challenge for the top of the table in the medium-term, on the other hand, investor Ismaik has not always been reliable and was the main reason for the club’s failure to meet the Liga 3 licencing standards two seasons ago.

It is a long debate that will likely to be carried into the winter break. It also seems to have an impact on the performances on the pitch where the club needs three points against a resurgent Kaiserslautern side in order to bring some calm to the festive period.

Relegated from Bundesliga 2 Kaiserslautern, in the meantime, are all too familiar with 1860’s situation. Die Roten Teufel like 1860 have had a season of ups and downs, but a recent win against Meppen under new head coach Sascha Hildmann has brought some stability to the club on the pitch.

Off the pitch, Kaiserslautern are in an even more difficult situation than 1860. The club has to generate €12 million until March 1, 2019, or otherwise could lose the Liga 3 licence. Poor player transfers, a structurally weak part of Germany and a World Cup stadium that is too expensive for the club have been the main reasons behind the demise of the Red Devils.

“Yes. I am employed here and do my job as the coach. Everything else I can’t influence,” Sascha Hildmann answered in an interview with Germany’s magazine kicker when asked whether he can ignore the club’s financial situation. The question is can his players do the same? One way to influence the situation would be to return to Bundesliga 2.

A solution that would help both clubs but 1860 the gap is 14 points to the relegation-promotion-playoff spot, and for Kaiserslautern, the gap is 12 points. Likely too much for either side to make up in the second half of the season. The game on Saturday, in the meantime, should be very well balanced between two clubs whose fan bases enjoy a cordial relationship.

1860 Munich vs Kaiserslautern  – Players to look out for:

When will Adriano Grimaldi finally score again? The Ital0-German striker was one of the main reasons the club started well in the Liga 3 season. But Grimaldi has only scored twice in the last ten games and has not been on the scoresheet in the last three games.

On loan from Hannover 96, Elias Huth is an interesting talent. The 21-year-old forward won the German Youth Cup in 2016 with Hannover and after one year on loan at Erfurt was sent to Kaiserslautern for further seasoning. This year at Kaiserslautern Huth has played in 15 Liga 3 games and scored three goals. 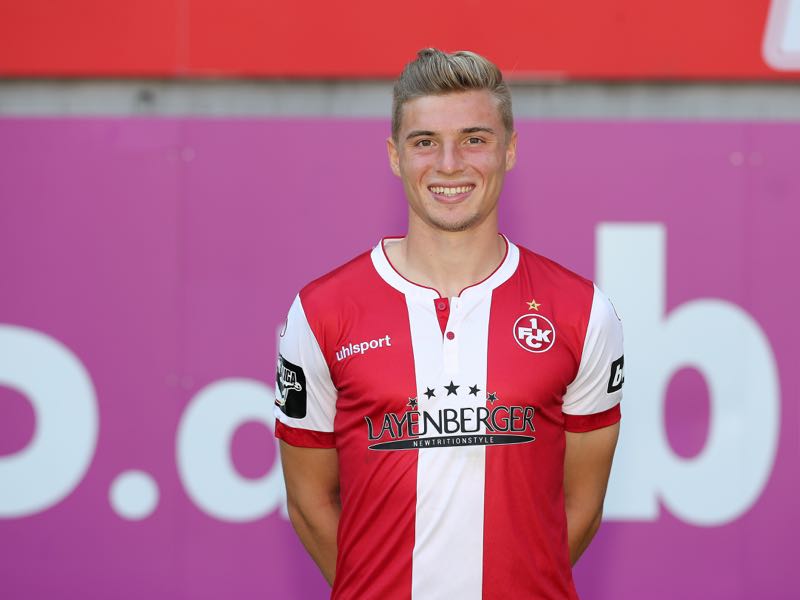 Elias Huth of Kaiserslautern poses during the team presentation on July 19, 2018 in Kaiserslautern, Germany. (Photo by Christian Kaspar-Bartke/Bongarts/Getty Images)