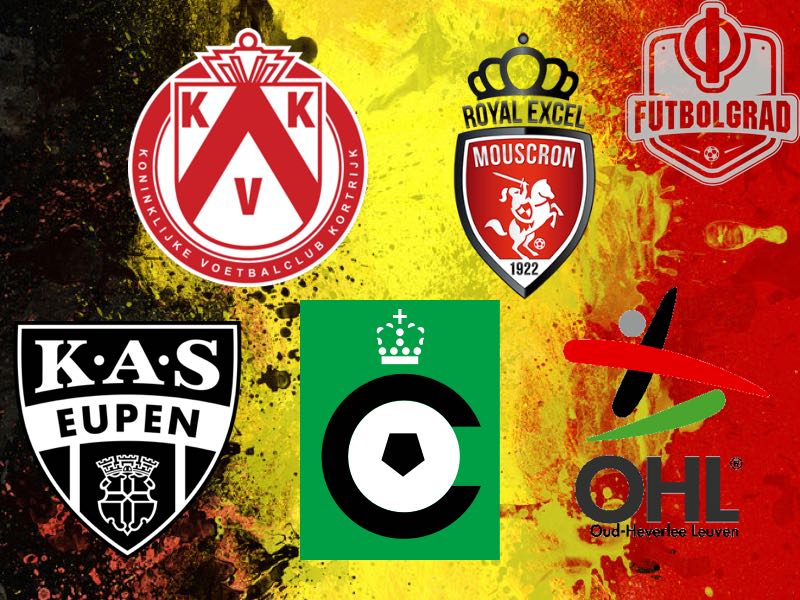 50+1 and Football Investors – The Belgian Scenario

The 50+1 rule remains a significant topic in German football. That rule has now become a source of contentions with fans who are pointing abroad to highlight examples of what could happen to clubs when the 50+1 rule falls. The German magazine kicker on Monday highlighted the case of Belgian football where clubs have in essence become farm teams of the big European clubs.

Big clubs like RSC Anderlecht, which for decades was owned by the Vanden Stock family, but was recently sold to the billionaire Marc Couke, are owned by affluent individuals. Or like it is the case with Club Brugge operates as membership clubs. Some of the smaller teams, however, are owned by investors or even foreign clubs.

One such example is KAS Eupen from the small German-speaking enclave located within Belgian. The club is owned by the Qatari based Aspire Academy and is often cited as a conduit to produce talent for the Qatar national team to field a competitive team when the country hosts the 2022 World Cup.

But KAS Eupen is more than just a potential farm team for the Qatari national team. The Aspire Academy also tries to identify young talents in Africa send them to Europe where they can develop and then sell them on with a profit. For the Qataris, the Belgian Pro League is, therefore, a development league a place where they can turn potential raw diamonds into shining gems that will turn a profit through a future transfer.

Belgian football has become the playground for investors

Given the explosion of transfer sums in recent years, it is a strategy that could potentially generate millions of euros. As a result, the Qataris are not alone in their endeavour. Royal Mouscron, for example, are owned by Latimer International Limited.

The company purchased the club from another Maltese based company, Gol Football Malta, for €10 in May 2016. Latimer is controlled by Ada Zahavi and Gil Zahavi, both relatives of the Israeli super-agent Pini Zahavi. As a result, there have been rumours that the club could act as another feeder club to Chelsea—the English Premier League club have ties to Vitesse Arnhem in the Netherlands.

Pini Zahavi, after all, has close ties with Roman Abramovich and acted as a middleman in Chelsea’s sale to the Russian oligarch. Thus far Mouscron have not seen an army of Chelsea players arrive at the club’s doorsteps. Instead, Mouscron are understood to become the stepping stone for young players that could be sold on to clubs in the big leagues with a relative profit and with an average age of 23.7 and 17 foreigners in the squad the signs are there that Mouscron are very much in the hunt to find the next Kevin de Bruyne.

Zahavi, however, is not the only one looking for the super talent. The German investor and Redcoon founder Jürgen Baatzsch owns the Belgian second division club Union Saint-Gilloise in Brussels. Buying the club on the fringe of bankruptcy Baatzsch invested €4.5 million. 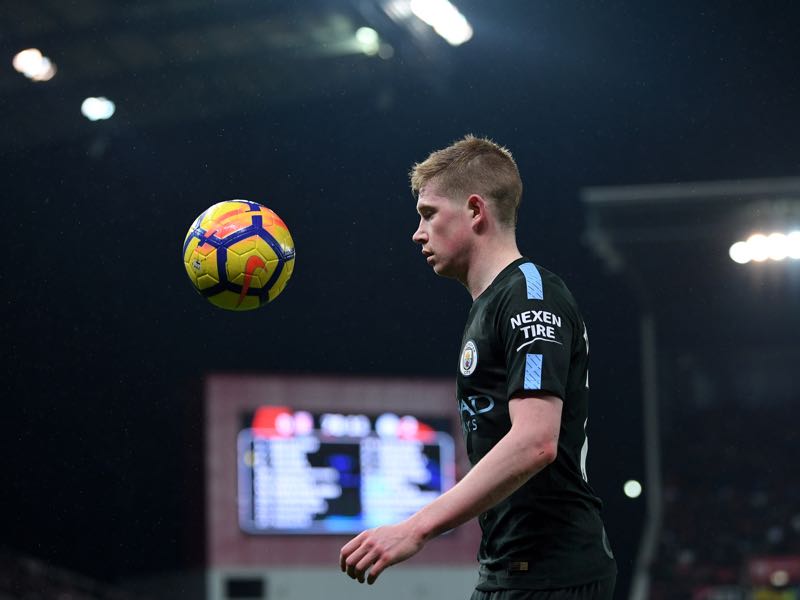 Investors invest in Belgian football in the hope to find the next Kevin de Bruyne. (Photo by Michael Regan/Getty Images)

With the run on young Belgian talent, however, begun the interest of big European clubs to buy teams in Belgian. Baatzsch told kicker that he is currently negotiating with a Premier League side to sell the club. It would allow him to recuperate his investments but would also mean that the club would no longer be an independent entity.

“Originally, I wanted to cooperate with Borussia Mönchengladbach, but Max Eberl decided to cooperate with Zulte-Waregem instead,” Baatzsch told kicker. Unlike the English, however, Gladbach did not buy Zulte Waregem outright and instead has a cooperation agreement in place that allows the club to use the Belgian’s side scouting expertise and sign youth players from the club, as well as loan players to Belgium.

Other clubs, however, are more direct. AS Monaco’s owner Dmitry Rybolovlev, for example, recently completed the purchase of Cercle Brugge. The three-time Belgian champion will now act as the official farm team of AS Monaco to further help the French Ligue 1 club to produce talents and sell them off with a profit.

Monaco are not alone either. OH Leuven are owned by the King Power International Group, which also owns Leicester City, and KV Kortrijk are owned by Vincent Tan the owner of Cardiff City.

Monaco, in fact, have become the business model for many investors in Europe. A relatively wealthy club in a very competitive league with a wealthy owner, but still is primarily concerned with running a profit through player transfers. It is a situation that is well suited for the rich investors of clubs that see making money with football as the primary concern over the actual success on the football pitch.

Belgian football a colony for the super rich?

At least for big clubs in the big leagues competitiveness means in the best case the Chelsea model – sign as many talented players as possible and sell the once that do not make your squad with a profit – or in the worst case the Arsenal model – invest enough to reach the Champions League, but not enough to be competitive. For teams in Belgium, however, that are owned by investors or clubs entering the Champions League will be just a dream.

Champions League competitive laws make it all but impossible to have multiple clubs, owned by the same company, to play in the same competition. As a result, the Dutch club Vitesse Arnhem were recently accused of tanking their successful season on purpose to avoid a possible draw with Chelsea – both the club and Chelsea have denied any possible connections. 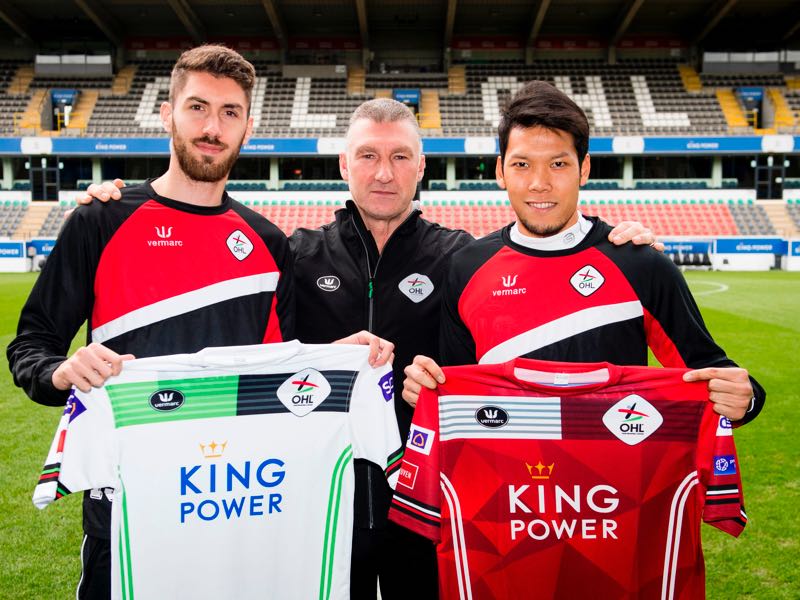 In Germany and Austria Rasen Ballsport (RB) and Red Bull Salzburg are both in the Red Bull system. In that case, UEFA made the decision to give the licence to both clubs, but only after Red Bull had given up ownership of RB Salzburg and changed the logo. Meanwhile, Chelsea and CSKA Moscow were also under investigation by UEFA back in 2005 as Abramovich was believed to be the owner of both clubs.

In none of those cases, UEFA could find a direct link between the clubs – although in the case of Leipzig UEFA came close not to grant the German club a licence. In the case of the Belgian clubs, the link between the parent and daughter franchises is apparent, however, which means that they feeder club will be limited to domestic football only.

There is also another reality. The model in Belgium also highlights dangers that come when there are no limits set to the type of investments that can be made in a club. The Jupiler Pro League is now condemned to be a feeder league to the big leagues in Europe much like the feeder leagues in North American sports.

This, in turn, results in Belgium becoming a colony for the big European clubs. Like in colonialism the big clubs will carve up all the most promising clubs among themselves, suck them dry of their resources – talents – and then move on to the next league. Bundesliga fans might think that this could not happen in Germany, but given the economic power of the big clubs and the growing disparity between clubs regularly competing in Europe and those looking in from the outside the fall of 50+1 could very well lead to the Belgian scenario.