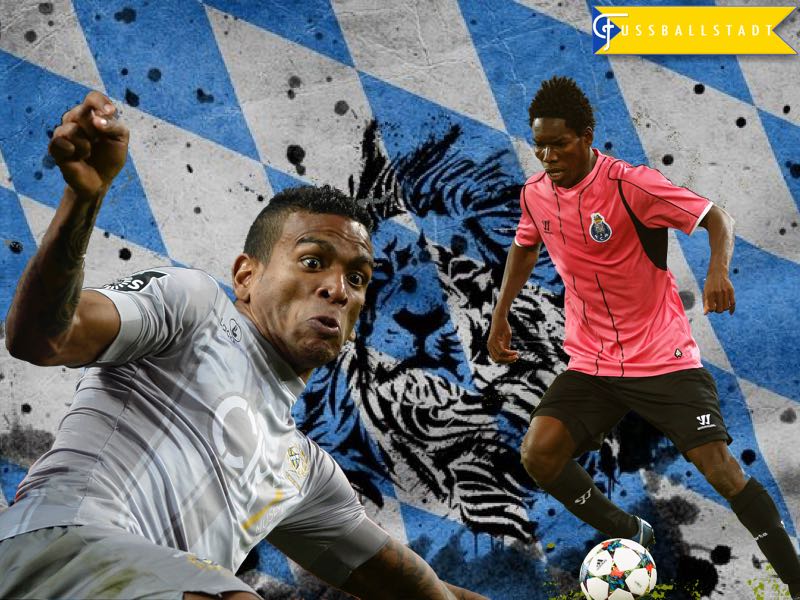 It has been a busy week for TSV 1860 München. The club has now completed the signing of four new players: Christian Gytkjaer from Rosenborg Trondheim, Abdoulaye Ba from Porto, and Amilton and Lumor both from Portimonense.

All four will become key in Vítor Pereira’s attempt to stabilize the club in the Rückrunde (read our Bundesliga 2 preview here) and, in the long-term, to create a team that can challenge for the promotion places in the 2017-18 season. When speaking to kicker magazine on Thursday, Pereira stressed that the club needed new players in all areas.

With Pereira favouring a 3-4-3 system, although he told kicker that at times he would also like to use a 4-4-2 system, he handed investor Hasan Ismaik a list with the names of players, he wanted to sign in the winter in order to play his system. Pereira told kicker “this system has a good attacking dynamic.”

At the same time, he also stresses, “[while] the system is important, it is the dynamic that it develops within in the system that is truly important. I want to see a team that is well organized in defence, and knows when to press, and when to hang back. My squad has to know when to quickly play forward after winning possession, and when to slowly build up the play.”

With changes to the system, signing a striker, a winger (Amilton), a left-back (Lumor), and a towering centre-back (Abdoulaye), makes sense. Do not be surprised, in fact, if the club announces the signature of a midfielder—Brazilian midfielder Luiz Gustavo is still with the squad, but has not yet signed a contract.

It will be interesting to see whether 1860 München continues to be busy on the transfer market this winter—the window closes on January 31 in Germany—but for now, the Futbolgrad Network wants to take a closer look at this latest crop of signings. 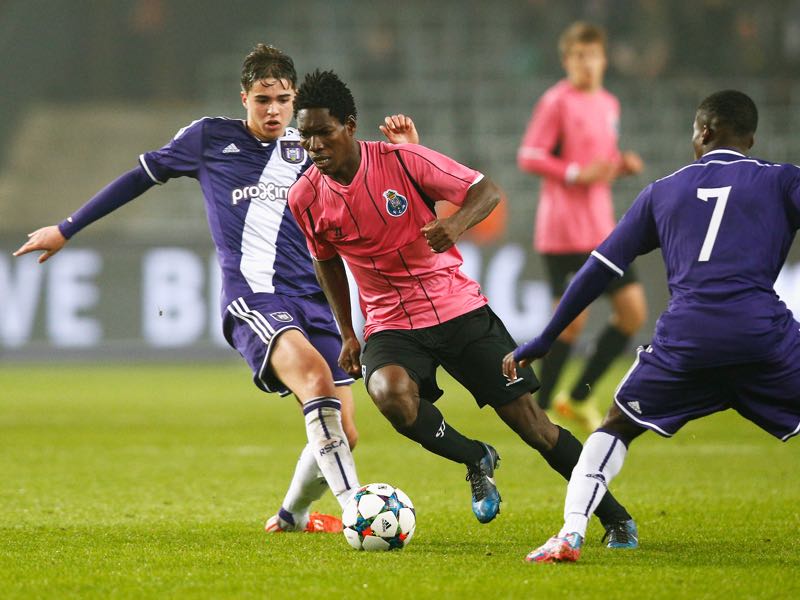 Lumor Agbenyenu was a youth champion with Porto. (Photo by Dean Mouhtaropoulos/Getty Images for UEFA)

Gytkjaer’s transfer was, to a large extent, discussed in his profile yesterday (read it here). In short, Gytkjaer is a typical forward, who knows where the goal is, but at the same time can be reluctant to track back.

In order for a forward of Gytkjaer’s calibre to work in Pereira’s proposed 3-4-3 system he needs to be surrounded by players, who are willing to cover for the forward when the team goes on the defensive. This means that the wingers, and wing-backs will have to have the ability to track back, and cover for the lone central forward.

In the light of this, it makes sense that 1860 went out, and signed the two new wingers Lumor and Amilton. Both Lumor, who is a 20-year-old Ghanaian, and Amilton, who is a 27-year-old Brazilian, were signed from the Ledman Liga Pro (Portugal’s second division) leaders Portimonense.

Portimonense are not a typical second division club in Portugal

The Futbolgrad Network spoke with the Portuguese football specialist Tiago Estêvão, who quickly wants to point out that Portimonense is not an average second division side in Portugal: “The first thing one has to realize about Portimonense is that they wanted to get promoted, and planned accordingly. They brought in a coach [Vítor Oliveira] who hops around the second division promoting teams year after year. At the moment, they sit in first position with 56 points, the second team [Desportivo das Aves] has 52 (only the first two get promoted), and third place [Académica] has just 37 points.”

In other words, Portimonense has had an outstanding season, and with a sizeable gap to third-placed Académia, they are pretty much guaranteed a promotion this season. This would explain why the club was willing to let go of both players, and why 1860 was interested in signing two wingers from the relatively unknown Portuguese second division. 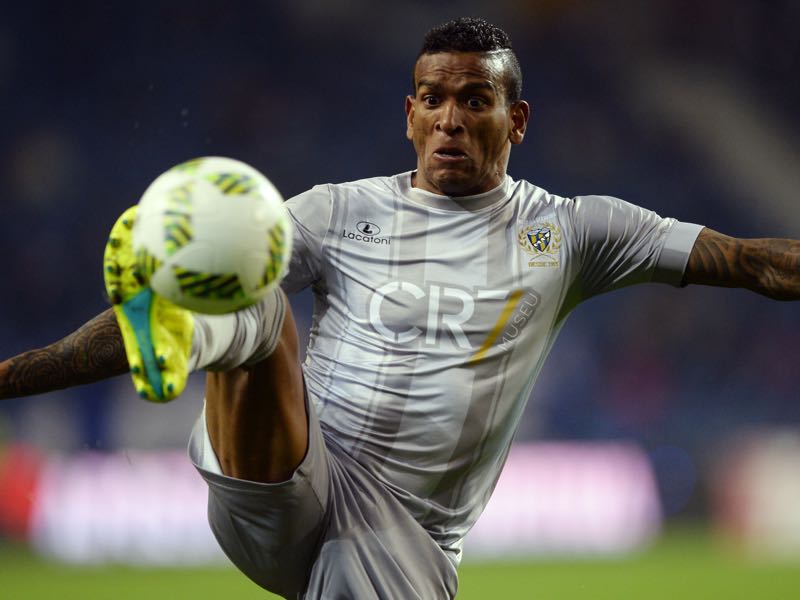 Amilton Silva tries was signed by Portimonense from Uniao da Madeira, and has become the club’s most important player. ( MIGUEL RIOPA/AFP/Getty Images)

Estêvão highlights that, due to Portimonense’s good season “players are valued really high.” Both Lumor and Amilton have been targeted by other clubs and, therefore, it appears that 1860 have done well to land them both.

According to Estêvão, “Lumor is a very offensive left back, who is incredibly fast. He was a junior champion with Porto, and has been the best full-back in the league.” Lumor’s time at Porto, is the connection to Pereira who, after all, has worked as the head coach of Porto in the past.

But while Lumor is a decent prospect, it is Amilton, who gets Portuguese football experts excited. “Amilton is brilliant”, Estêvão explains. “He was bought by them in the summer with the objective of him being the star of the team. He is a winger with both pace and strength, good in one against one situations, and is currently toping the league in assists. At the same time he is not afraid to finish himself. He reminds me of Hulk sometimes, of course at a bit of a different level.”

In the light of Gytkjaer’s signing, and his obvious shortcomings, bringing in Lumor and Amilton, who both have a fantastic work rate, but can also deliver assists to lone strikers—whether that is Gytkjaer or the highly touted Lucas Ribamar—makes sense.

Furthermore, with Stefan Aigner occupying the right side of the pitch, 1860 needed more depth on the opposite wing, as Pereira envisions a system in which the squad can quickly switch flanks in order to overwhelm the opponent when going forward. Here Lumor will be especially important—although it appears that Amilton can also play on the left—and will likely bring more depth to a squad that appeared, at times, unbalanced and short benched, despite having 30 players listed in the squad.