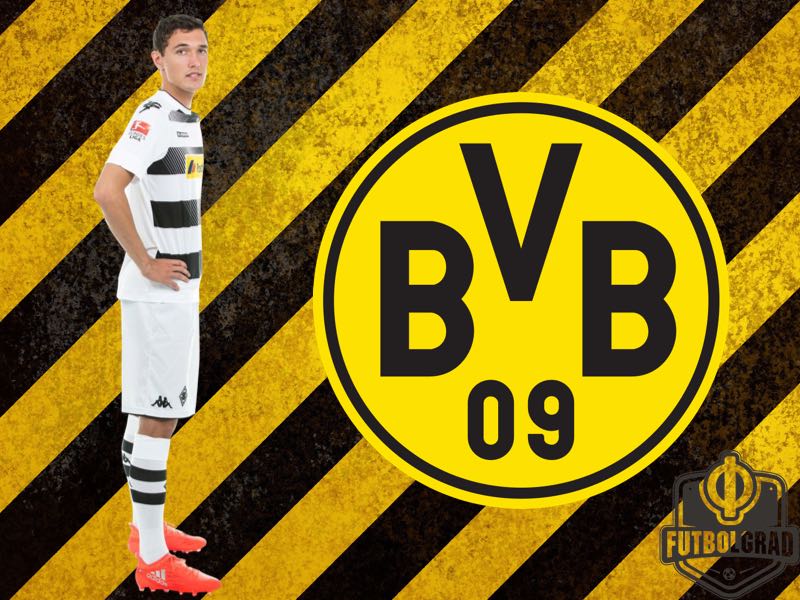 Andreas Christensen, Jannik Vestergaard or Sebastian Rode? The Futbolgrad Network has taken a look at three potential players that could fill the void left by the departure of Sven Bender.

It has been a bit of an astonishing transfer window for Borussia Dortmund. Everyone expected that die Schwarz-Gelben would lose top scorer Pierre-Emerick Aubameyang this summer. Hence, everything pointed towards the club signing a big name striker this summer. But instead, Dortmund sold both Matthias Ginter and Sven Bender in the offseason.

While the departure of Matthias Ginter—he was sold to Borussia Mönchengladbach for €17 million—was not a huge surprise the departure of Sven Bender hit the club hard. Dortmund released Sven Bender reluctantly when Bayer Leverkusen came calling and as mentioned on the recent Futbolgrad Gegenpressing Podcast will leave a major hole to fill for Dortmund.

The club will now go into the season with Sokratis, Ömer Toprak, Marc Bartra, Neven Subotić and the talented 18-year-old French defender Dan-Axel Zagadou. Of those five Subotić could still leave the club, which would leave the club with just four nominal centre-backs.

Should Subotić leave, Dortmund could be in a position where they might have to sign a new defender—especially as Sokratis, Bartra and Toprak all had to deal with injuries throughout their career. Given that the club will be competing on three fronts this season, the Bundesliga, DFB Pokal and Champions League, Dortmund are in essence just one injury away from trouble.

The Futbolgrad Network has, therefore, looked at three players, who could help the club at the vulnerable centre-back position.

Andreas Christensen would be the top solution to fill the gap left by Sven Bender. The 21-year-old Danish centre-back spent two seasons on loan at Borussia Mönchengladbach before returning to Chelsea this summer. Gladbach tried very hard to keep the talented centre-back at the club, but Chelsea’s manager Antonio Conte was adamant that the Dane had to return to Chelsea. The Blues, however, signed German centre-back Antonio Rüdiger from AS Roma following his standout performance at the 2017 FIFA Confederations Cup. 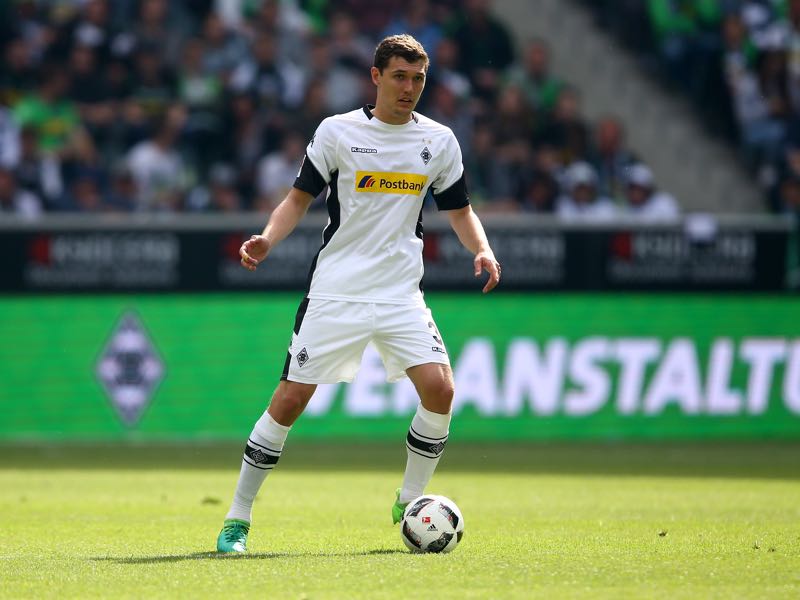 Andreas Christensen would be a good signing for Borussia Dortmund. (Photo by Christof Koepsel/Bongarts/Getty Images)

Gladbach in the meantime has brought in Matthias Ginter to replace Andreas Christensen and will therefore not have the funds to sign the Dane. Chelsea, on the other hand, have created a business model that sees them regularly cash in on loaned out players, who have done well elsewhere. The club currently has 37 players out on loan and will be expected to cash in on the vast majority of those talented players. With this in mind it would not be a major surprise should Chelsea opt to cash in on Christensen, who is valued €18 million by transfermarkt.de, this summer. Dortmund in the meantime have earned €32 million by selling Ginter and Bender and therefore have the necessary funds to bring in the Dane.

A slightly cheaper, but at the same time less feasible option, would be Jannik Vestergaard. The 24-year-old plays with Andreas Christensen in the Danish national team and has become one of the most reliable defenders in the Bundesliga. At 199cm Vestergaard is a bit of a tower in the backline and whether he fits into Peter Bosz’s style of play remains to be seen. 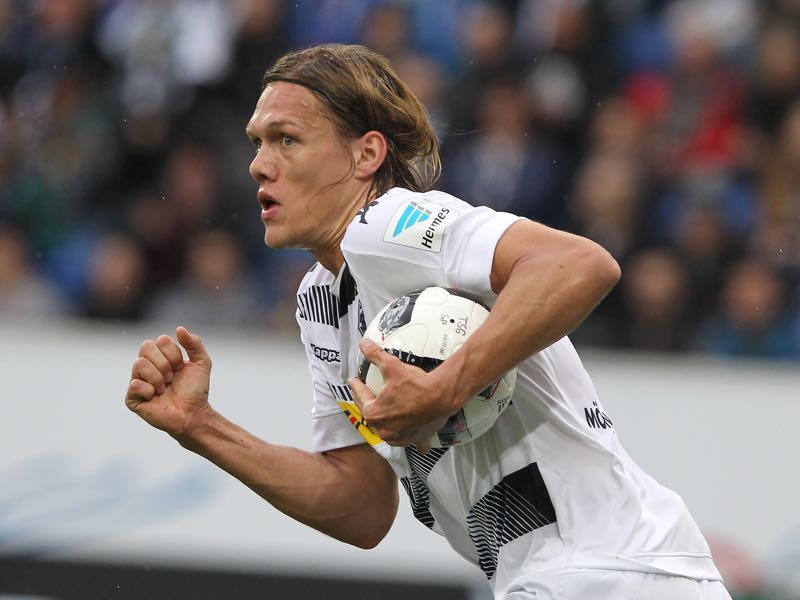 Another obstacle would be Borussia Mönchengladbach. The Fowls would be unlikely to sell one of their key defenders just a week after they had plugged the hole in defence with the signature of Matthias Ginter. Furthermore, Vestergaard would be an expensive proposition. Gladbach paid €12.5 million to Werder Bremen in the summer of 2016 and will ask for significantly more should Dortmund approach them.

Perhaps the least sexy solution would be to convert Sebastian Rode into a centre-back. The defensive midfielder, who joined the club from Bayern München last summer, struggled in his first season at Borussia Dortmund. Playing just 575 minutes in 14 Bundesliga games was certainly less than what Rode hoped for when he joined die Schwarz-Gelben. In fact, Rode hoped that after two seasons with Bayern where he often started from the bench he would finally have his breakthrough with a big club in Germany. 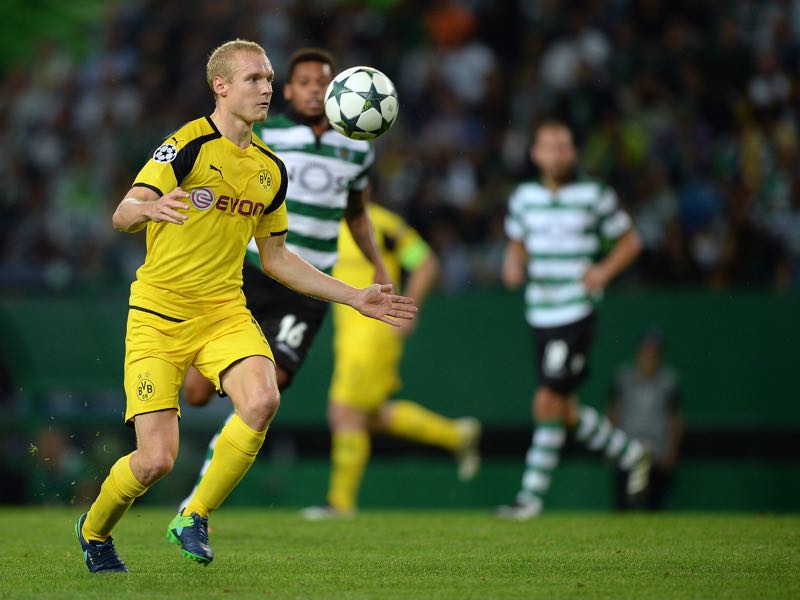 Sebastian Rode would be a good internal replacement. (Photo by Octavio Passos/Getty Images)

Early injuries meant that Rode never really managed to break into the squad. Furthermore, former head coach Thomas Tuchel seemed reluctant to give the 26-year-old playing time. As a result, it was expected that Sebastian Rode could leave the club this summer. For a long time, it was rumoured that he could join Hamburger SV. But the departure of Sven Bender could now create the opening needed for Rode to break into the squad if he can adapt himself to a slightly different playing position.