Antonio Rüdiger – Is the Best Yet to Come?

Since his £34 million move from Roma to Chelsea in the summer much was clearly expected of Antonio Rüdiger at Stamford Bridge, though adapting to life in the Premier League has been far from easy for the 24-year-old, who is keen to cement his place in the starting eleven.

The main concern has been the German international’s consistency; Rüdiger has only offered glimpses of the qualities he evidently possesses, qualities which earned him the Bundesliga breakthrough at VfB Stuttgart, then a deal with Roma after an impressive 2015-16 season on loan.

The reigning Premier League champions made a decidedly shaky start to the 2017-18 campaign, with Rüdiger less than impressive in the opening day encounter, as Chelsea slipped to a shock home defeat against Burnley. Since then, there have been solid performances but they have mostly come in games when his side have suffered little genuine pressure from opponents.

When Rüdiger has struggled most of all, is against the strongest of opponents. Looking through the statistics at whoscored.com reveals worryingly low match ratings against top-six Premier League rivals such as Tottenham Hotspur and Manchester United, accompanied by disappointing ratings in the Champions League.

The very worst of those European outings came against none other than his former club, Roma. Hailed in the previews as a returning hero, Rüdiger made a horrible error in the opening moment of their 31st October encounter, which Stephan El Shaarawy pounced on to give the Italians the lead. 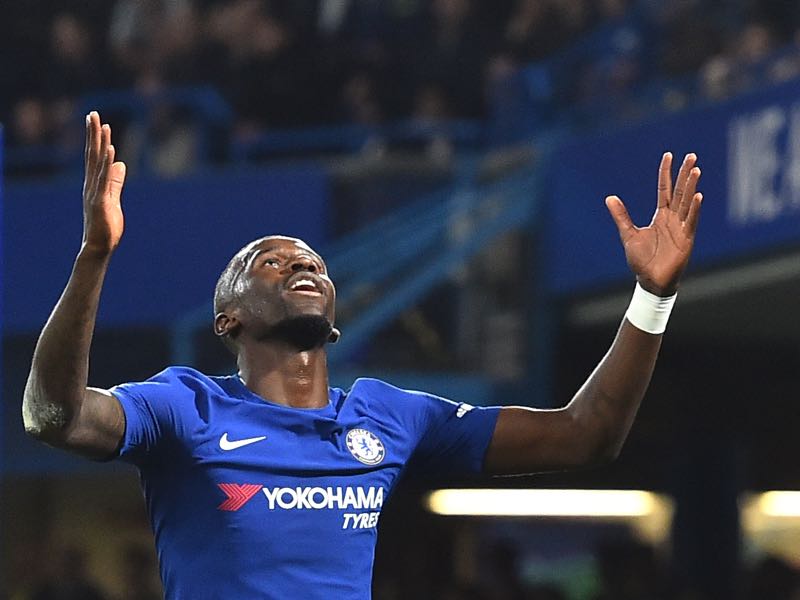 Antonio Rüdiger – the best is yet to come for the Chelsea defender. (GLYN KIRK/AFP/Getty Images)

One of the pundits analysing the game, former Manchester United and England defender Rio Ferdinand, absolutely slammed Rüdiger for his ‘appalling’ defending against Roma, suggesting the young German should have taken no risks and simply cleared the ball.

Rüdiger was Strong in the Champions League

In the penultimate encounter and still with very much to fight for, those who followed the betting tips from the Oddschecker website will have been laughing all the way to the bank, with Chelsea picked as a great option to win 4-0 at appealing 15/1 odds. Antonio Conte’s side lived up to the predictions and beat Qarabağ by precisely that score, with Rüdiger producing one of his most confident displays.

These are the kind of performances he must produce consistently – week in, week out – if he is to earn the confidence of the Chelsea fans and, perhaps most importantly, his manager. Conte has already utilised twenty players in thirteen Premier League encounters, quickly removing anyone he considers to be a weak link from the starting eleven.

Rüdiger arguably now faces the most difficult challenge of his career and needs to up his game considerably but, given his determined nature and positive personality, this is undoubtedly a challenge he is relishing. The best is definitely still yet to come from this talented defender, who has already proven his ability to overcome adversity throughout his career to date.