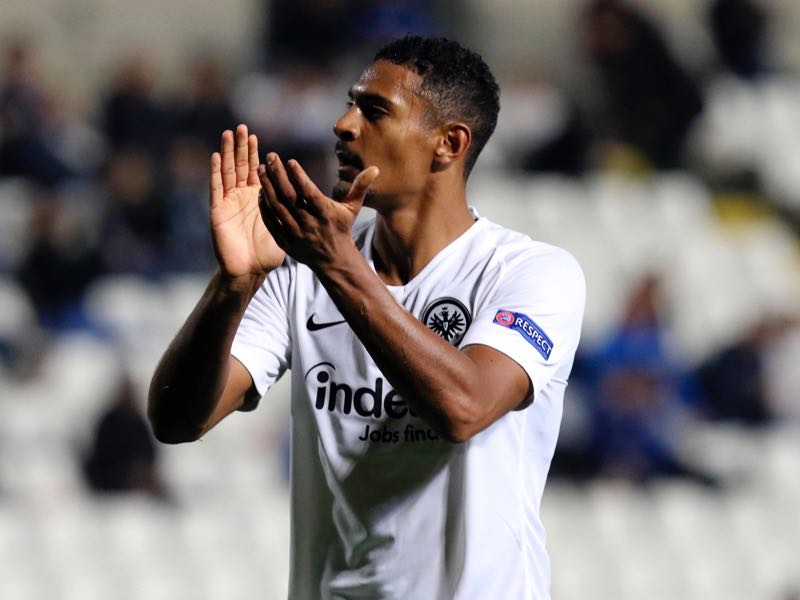 Apollon v Frankfurt saw 5,000 Eintracht fans make the trip to Cyprus to support their club. They would not be disappointed as the Eagles easily dispatched Apollon with a 3-2 victory.

It was a conservative start to the affair at the Neo GSP in Nicosia. It took Frankfurt until the 14′ minute to create the first chance but Marc Stendera’s shot inside the box was blocked at the last moment. But just three minutes later on-fire Luka Jovic would not be denied. The Serbian forward broke into the box in the 17′ minute and beat keeper Anastasios Kissas with a low drive.

Frankfurt then, however, were somewhat pressed into their half as Apollon furiously responded playing the ball around Eintracht’s box. But while Frankfurt allowed Apollon to control the match the Eagles did not allow Apollon to break into the danger area, bending without breaking.

As a result, the match somewhat flattened out until Apollon head coach Sofronis Avgousti was sent to the stands after an altercation with Frankfurt midfielder Stendera in the 37′ minute – Stendera, in the meantime, just received a yellow card.

Experience the atmosphere at the Allianz Arena! Book your European football travel now by visiting Nickes.com!

In the 40′ minute, Frankfurt had the chance to put the game to bed. Sebastian Haller had broken free from Apollon’s defence and went one-v-one with Kissas but saw the ball poked away at the last second by Apollon right-back Marios Stylianou.

Jovic then almost doubled the lead in the 48′ minute. A low cross found the Serbian striker inside the six-yard box but an Apollon defender interfered enough for Jovic to miss the target. Not that the 5000 travelling Frankfurt fans had to wait for the next goal very long.

Mijat Gacinovic ran down the left flank in the 55′ minute, crossed the ball to the centre where Haller was left unmarked and easily scored Frankfurt’s second. Just three minutes later Gacinovic was at it again, left with too much room at the edge of the penalty box the forward finished the game off in the 58′ minute with a great strike from 18 yards out.

That goal should have killed it off. But Apollon did not give up and in the 72′ minute pulled one back with Emilio Zelaya getting his head on a Joao Pedro freekick to beat Eintracht keeper Kevin Trapp. In the 75′ minute Apollon almost had their second after Trapp spilt a long shot from Sasa Markovic but no Apollon striker could react fast enough to narrow the score down further.

Frankfurt then made their lives even more difficult in the 82′ minute. Stendera already on a yellow after the first half altercation with Apollon’s head coach made a clumsy late challenge and was sent off. Down to ten men Frankfurt had to hang on and did just that by keeping Apollon far away from their penalty box for the most of the closing stage.

Apollon, however, had chances. Zelaya unleashed a shot from close range that was kept out spectacularly by Trapp. Then in the 93′ minute Zelaya was given a penalty and the Argentine stepped up and scored Apollon’s second. But it was too little too late as the game was whistled down right after the penalty.

Mijat Gacinovic was the man of the match. The Serbian international had an excellent game assisting on Haller’s goal and scoring Frankfurt’s third goal of the game. He also won nine out of his 16 challenges – an excellent rate for an attacking player – and had three key interceptions. A well-rounded performance by the 23-year-old, who was valuable for his side on both sides of the pitch. 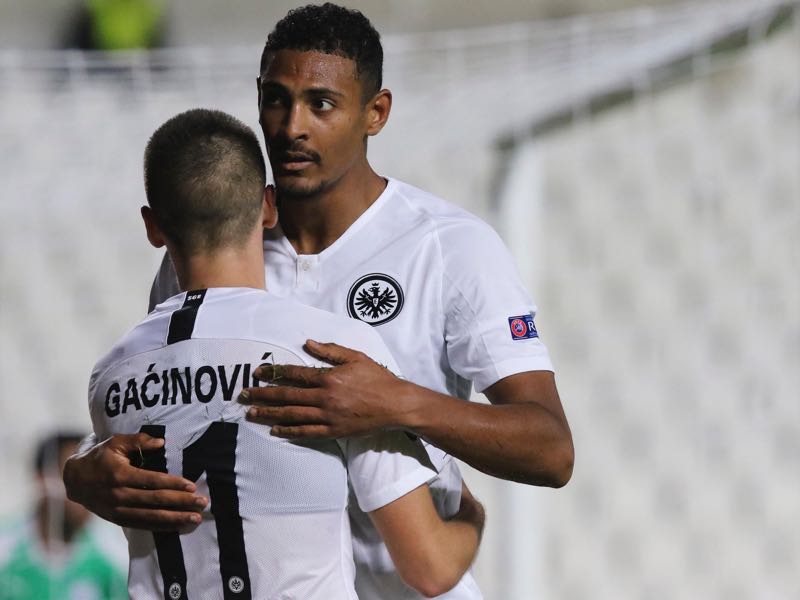 Eintracht Frankfurt fans keep impressing in Europe. 5,000 Eintrachtler travelled to Cyprus to support their club turning the away match into a home game. Dressed in white Eintracht fans build an impressive white wall at the away end.