Atalanta continued to prove everyone that the team is not a force to underestimate, as the club reached the Champions League quarter-finals, defeating Valencia 4-3 at Mestalla Stadium, winning the draw 8-4 in aggregate.

Josip Ilicic has become the first Slovenian player ever scoring astonishing four goals in the second match. He scored two goals from the penalty spot in the first half while adding two more in the second half, including a left-foot drive from 20 yards.

The match was played behind closed doors, because of the fears over coronavirus. It was the first-ever Champions League match played under such circumstances.

Gian Piero Gasperini dedicated the win to the people in Bergamo, a territory that is suffering a lot because of Covid-19.

Atalanta is no longer ‘a piece of cake’ for other teams

The result Atalanta has achieved this season at Champions League leaves everyone astonished. Even though the team lost its first 3 group matches, Atalanta managed to get through.

The Italian side is doing well in Serie A as well. They have scored seven goals for a record three times this season, taking the total tally to 70 goals. No wonder, the recent successes did not miss the eyesight of popular betting websites, as it seemed like the best casino promotions list was getting more and more concentrated on Spanish fans as Atlanta and Valencia kept popping up as the headlines on the ads. Some of them even predicted that Atalanta would go through the quarter-finals, which eventually came true. However, it was not so until the first match, as many of them were inclined towards Valencia, but the recent loss will definitely result in changing the tendency. 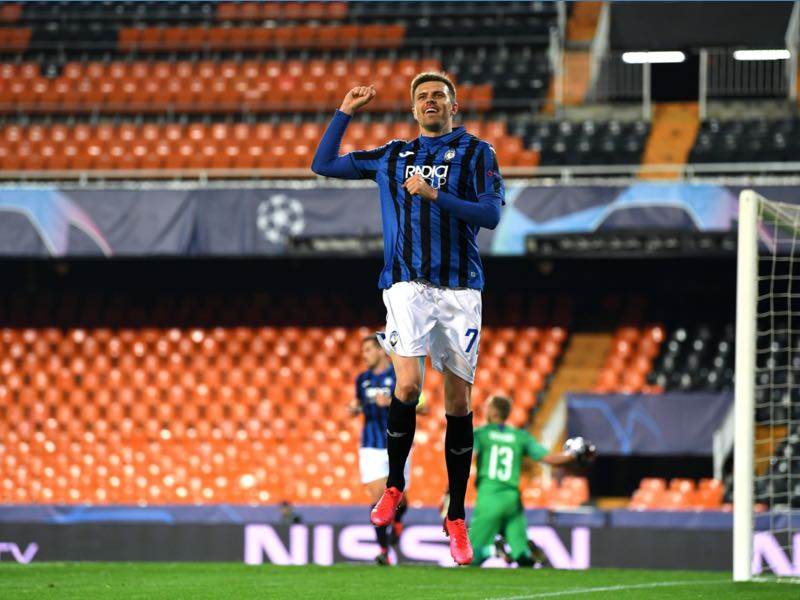 Josip Atalanta’s Slovenian midfielder Josip Ilicic celebrates after scoring during the UEFA Champions League round of 16 second leg match between Valencia CF and Atalanta at Estadio Mestalla on March 10, 2020 in Valencia. (Photo by – / POOL UEFA / AFP) (Photo by -/POOL UEFA/AFP via Getty Images)

But almost no one in the world would predict Ilicic scoring four goals, as the Slovenian is in superb shape, scoring game after game. He declared after the match, there is no stopping, and he is determined to continue scoring goals. Imagine being the fourth player after Lionel Messi, Robert Lewandowski and Mario Gomez, to score 4 goals in a knockout stage – an amazing feat to achieve.

Though Atalanta have defensive flaws and it was clearly visible in this match as well, the team is playing an excellent attacking game, where they score plenty of goals. They will present danger for any European team they will face in the next stage.

After it was announced that the second match would be played behind closed doors, the hopes of getting in the quarter-finals diminished significantly for Valencia. They were notably flawed in the first match and had defensive problems in the second one as well, especially, Diakhaby, who was the one giving away both penalties.

The team is struggling in La Liga too. Most recently Real Sociedad defeated them 3-0. Ezequiel Garay and Gabriel, who are the main central defenders, are out because of injuries and Maxi Gomez is also unavailable. The appointment of Albert Celades did not help the team either.

Not everyone expected they would be out of Champions League so easily because they managed to get through the very difficult group, with Valencia and Ajax alongside.

After the match, Valencia extended the winless run to 10 Champions League knockout matches. The last time they beat another team was, Inter Milan in the quarter-final second leg in 2002-03. This is currently the longest run in the competition’s history.

Loading...
Newer Post
Wolfsburg Host Shakhtar Donetsk in the Europa League’s Round of 16
Older Post
Gegenpressing – Bundesliga Podcast – The impact of the Coronavirus on German football