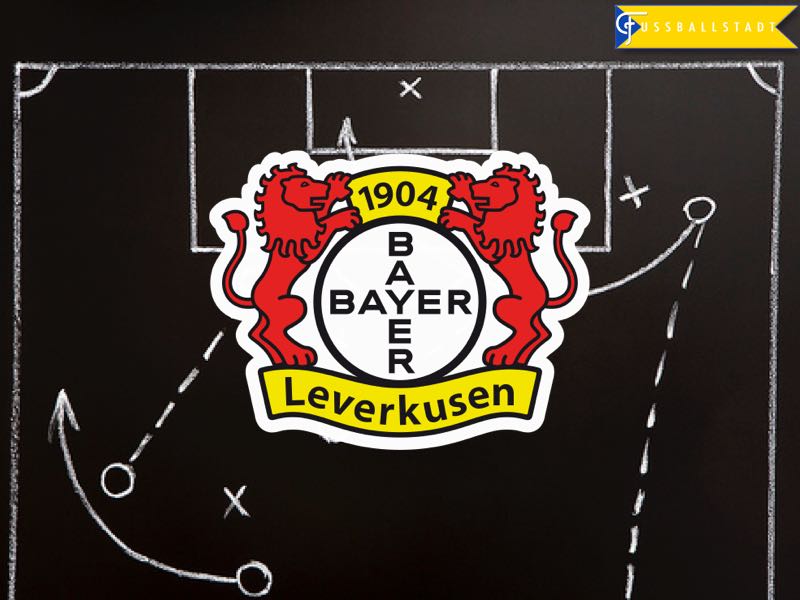 Bayern München vs Bayer Leverkusen has, in many ways, become the traditional Saturday evening fixture in the Bundesliga in recent years. Designed as Das Topspiel or match of the day, the 18:30 fixture on Saturday is supposed to be the showcase event of any given matchday in Germany.

It is, therefore, no surprise that those in charge of the matchday schedule in Germany had picked Bayern vs Bayer Leverkusen, as the top match of matchday 12—no other game has more often featured on Saturday night. The pedigree of Bayern München is well known, but Leverkusen in the last twenty years has established itself as a traditional top four contender.

In fact, many tipped Bayer Leverkusen to be Bayern München’s number one challenger this season, as pundits believed that the transition from Pep Guardiola to Carlo Ancelotti could provide opponents an opportunity to end the Bavarian’s dominance over the league. Furthermore, there was uncertainty as to whether Borussia Dortmund’s new signings could compensate right away for the departure of key players Mats Hummels, Ilkay Gündogan, and Henrikh Mkhitaryan.

The Pundits were right about Dortmund and Bayern

In both cases, the pundits were somewhat proven right. Bayern München have indeed failed to convince this season, as they dropped points in draws against 1. FC Köln, 1899 Hoffenheim, and Eintracht Frankfurt, and then also lost der Klassiker to Borussia Dortmund on matchday 11. Furthermore, Bayern also suffered two defeats— against Atlético Madrid on matchday 1 and, more surprisingly, against FC Rostov on matchday 4—in the UEFA Champions League.

Borussia Dortmund, meanwhile, have compensated for the departure of Hummels, Gündogan, and Mkhitaryan, by spending a staggering €109.75 million on not only such established stars as André Schürrle, Mario Götze, Marc Bartra, and Sebastian Rode, but also by signing a bucket load of young talents that includes the likes of Ousmane Dembélé, Raphaël Gurreiro, and Emre Mor, thereby adding to a squad that already included young stars like Felix Passlack, and American sensation Christian Pulisic.

Following Dortmund’s wild transfer summer, many believed that, in the long run, Dortmund would be very difficult for any side to beat. At the same time, however, experts were of the opinion that the many changes would make it difficult for the club develop chemistry in the short term.

Those experts have in many ways been proven right, as Dortmund has excelled against the likes of Real Madrid, Sporting Lisbon, and Bayern München, but also has needlessly dropped points against FC Ingolstadt 04, and most recently Eintracht Frankfurt. Hence, while Dortmund are leading their Champions League group, they are only seventh in the Bundesliga table.

Bayer Leverkusen, in the meantime, have made very few changes to the squad that finished third in the 2015-16 Bundesliga season. Instead they have managed to add some significant pieces to their squad by signing Kevin Volland from Hoffenheim, Aleksandar Dragović from Dynamo Kyiv, and Julian Baumgartlinger from 1. FSV Mainz 05—spending €43.6 million in the process. The club also managed to hold on to defender, Ömer Toprak, who, in the summer, wanted to leave the club to join Borussia Dortmund. Indeed, the only significant departure was that of Christoph Kramer, who left the club to return to Borussia Mönchengladbach, but it is understood that the midfielder never really fitted into the system preferred by Bayer Leverkusen’s head coach, Roger Schmidt.

The stage was set for Bayer Leverkusen to make an impact

With the two top sides struggling, the stage, therefore, seemed set for Bayer to challenge, and to, once and for all, overcome the moniker of Vizekusen (vice-champion Leverkuen). Instead, Leverkusen has had a disappointing start to the 2015-16 Bundesliga season. Leverkusen are currently tenth in the table with just 16 points out of the first 12 games. In fact, six defeats in the first 12 games is Bayer’s worst Bundesliga start since 1982, and 16 points is their worst points total since 2006.

Sport Director, Rudi Völler, has pointed out that, last season, Bayer also had a slow start and still managed to finish third. But last season, Bayer was only four points behind third place at this point of the season. Now after matchday 12, the gap has grown to eight points to fourth placed Eintracht Frankfurt, which will make it extremely difficult for Bayer to finish in the top four, let alone in the top three. 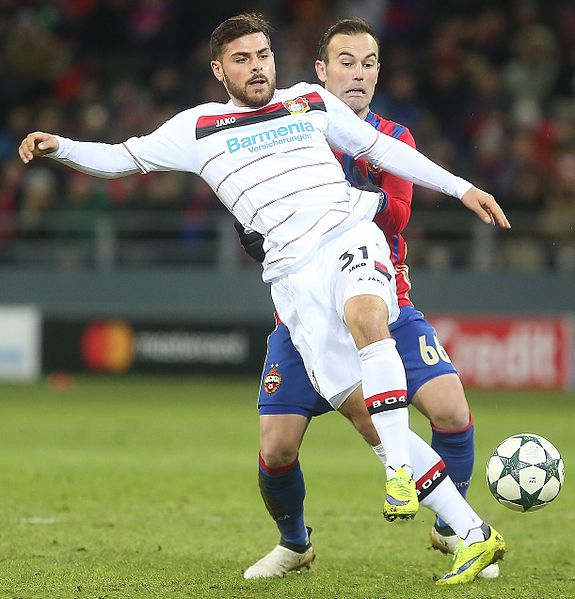 Bayer’s recent 2-1 defeat against Bayern also has to be factored into the statistics and, in fairness, Bayer deserved a better result. Especially given the fact that Javi Martínez should have seen a red card, and Bayer given a penalty in the 82nd minute after the Spaniard handled the ball to clear a great chance by Volland. A penalty and a red card would have given Bayer a great chance to go for three points against a shorthanded Bayern München side.

Three points against Bayern would have, of course, made the picture look much brighter for Bayer. But, as I mentioned on the Gegenpressing – Bundesliga Podcast on the World Football Index today, I believe that even a victory against Bayern could have not hidden the fact that Bayer Leverkusen were performing below expectations this season.

The match against Bayern, indeed, showed many of the Leverkusen’s shortcomings, as they were facing a side that was winless in three matches. Bayern’s problems against Rostov were discussed in the weekly Futbolgrad Podcast, and were also outlined in a recent Fussballstadt article.

In general, Bayern seem to do badly against teams that elected to play with a 3-5-2 formation, and also emphasize physical play and a quick transition game, or Umschaltspiel in German. Kicker Magazin also pointed out that Bayern no longer seemed to press high after scoring, which allowed room for the opposition teams to score.

Where has it gone wrong for Bayer Leverkusen?

Roger Schmidt’s side, however, looked somewhat sluggish in the game and failed to display the attributes that have hurt Bayern against Dortmund, and Rostov. In fact, Bayer Leverkusen have appeared to lack concentration for most of the season. 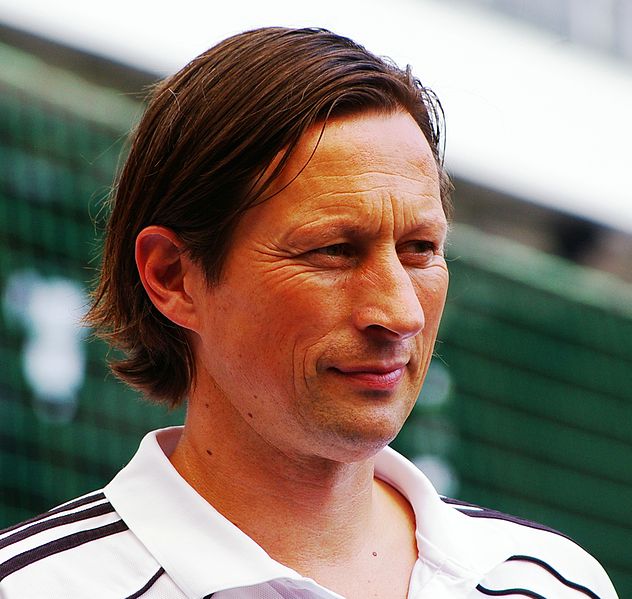 Roger Schmidt is a great tactician, but his side has failed to produce results this season – Image by Werner100359 CC-BY-SA-3.0

With just seven points out of five matches Bayer has the lowest point total of any second placed team in the Champions League, and Leverkusen can count themselves fortunate that CSKA Moscow, and Tottenham Hotspur have been lacklustre opponents at the best of times in Group E of the Champions League.

Unfortunately for Bayer, their sluggish performances have been punished frequently in the Bundesliga, however. Perhaps the clearest example was Leverkusen’s matchay 11 performance against league leaders RB Leipzig, where Bayer blew the lead twice to lose 3-2. This indicates that the team lacks concentration to see out results.

Perhaps this is down to Roger Schmidt’s playing style, as he prefers what he calls “chaos football.” His sides love to press extremely high, and at the same time play an extremely fluid brand of football. This style of football works well when players are committed to track back, and also when they play accurately.

And, while Bayer tends to outrun their opponents, they fail to bring structure into their passing game. Bayer currently average a pass accuracy of 78.3%, which is far less than what the top sides like Bayern (86.7%) and Borussia Dortmund (84.4%) manage on a nightly basis.

With Bayern and Dortmund struggling somewhat and, with RB Leipzig shocking German football on a weekly basis, Bayer have failed to capitalize on a golden opportunity to establish themselves on top of the table. Roger Schmidt certainly takes some of the blame, as the manager has made headlines for antics on the side-line—he was suspended after Leverkusen’s 3-0 loss to Hoffenheim for unsportsmanlike conduct toward Hoffenheim coach Julian Nagelsmann—have certainly not improved the squad’s stability.

Leverkusen’s sport director, Völler, however, seems to be committed to give Schmidt time to work out the problems in his squad. There is no doubt that Schmidt is a talented tactician, but the lack of structure, and the off field distractions, have painted a picture of a club that is very much struggling to find an identity in a season that should have been Bayer Leverkusen’s year.

The Bundesliga will go on a winter break after matchday 18 giving Schmidt six matches to close the gap to the top. Failure to do so could very well mean that Bayer’s management could be forced to look elsewhere to stabilize the side.