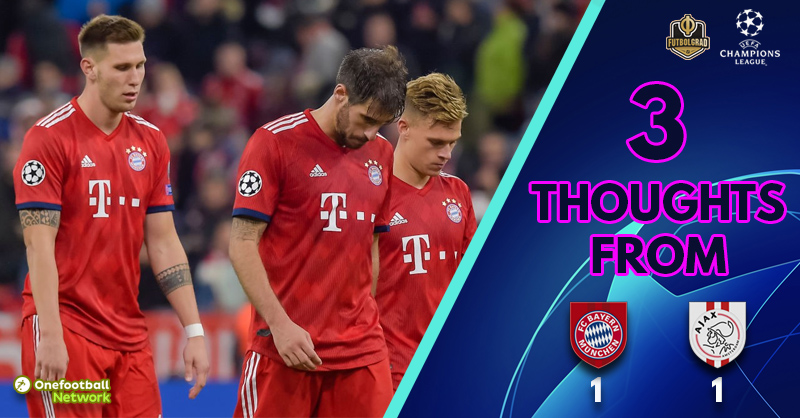 MUNICH — Bayern München v Ajax produced one of several surprises on matchday 2 of the UEFA Champions League. “Bayern München is one of the top five favourites in this competition. So this is a good result,” Erik ten Hag commented the 1-1 draw against Bayern.

Here are our three thoughts from Bayern München v Ajax:

“The first ten minutes were very difficult for us but then we got back into the match, we worked well against the ball and managed to turn things around after a difficult start,” ten Hag explained after the match. “Bayern were aggressive to start the match and we had to do well to withstand the pressure.

Indeed, Bayern were impressive the first 15 minutes and Ajax fans had to fear that their club would experience a long evening at the Allianz Arena. But the Dutch got back into the match after 15 minutes and then in the 22′ minute, Noussair Mazraoui equalised.

What happened? “We were missing a bit more than just a little bit, Bayern head coach Niko Kovac explained the turnaround. “I expected more we all expected more. We were excellent in the first 15 minutes but that goal didn’t give us security. The opposite we allowed the opponent back into the match. We made the opponent stronger.”

“It is about basics, challenges, sprints and creating chances. Ajax were better at it and that is why we have to live with one point” Kovac added at the post-game press conference.

What is, however, significant is that seven days ago Bayern went into the game against Augsburg having won seven competitive games in a row. What followed was a draw last Tuesday against Augsburg, a defeat against Hertha Berlin on Friday and now a 1-1 draw against Ajax.

“Not only I am surprised but many are surprised. This is unexpected,” Kovac stated after being asked about the drop of form. 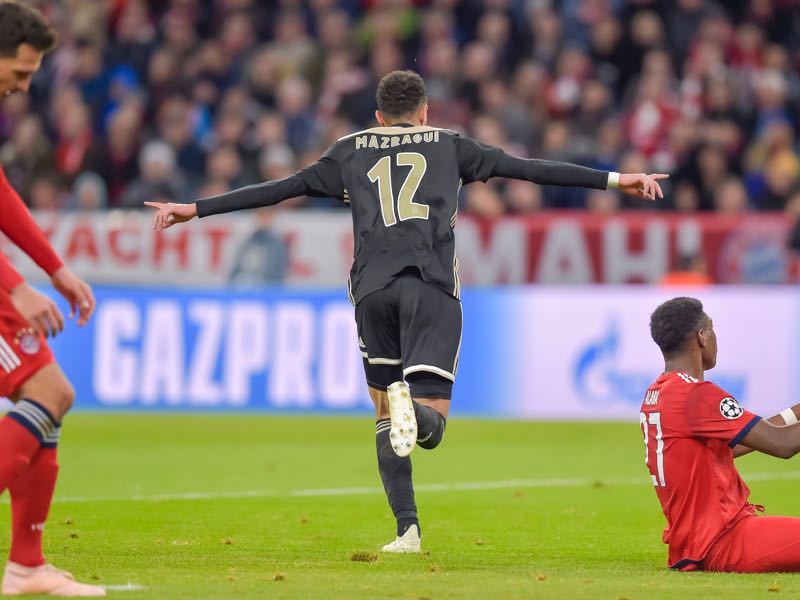 That last statement is to the point. Bayern at times looked like Germany did in their 2-0 defeat against Korea in Kazan. Slow without pressure and lacking the will to break through Ajax’s defence Bayern currently lack the edge to see out games.

“I have to analyse the game with my assistant coaches Think about this match and what went wrong in this game in comparison to the other seven games,” Kovac said at the press conference. “But I am certain we will get back to the form we had in the first seven games,” Kovac concluded.

An improvement in form will be necessary as Bayern face Gladbach on Saturday. Dortmund have leapfrogged Bayern in the Bundesliga and der Rekordmeister cannot afford to drop any more points.

As for the Champions League Kovac is certain that Bayern will advance. “It is an interesting group and we are the favourites. Every team can win. Ajax was excellent. Whether it is a German or Dutch team doesn’t matter. Everything is possible but at the end we will advance,” Kovac is certain.

Bayern will now have a doubleheader against AEK and six points against the Greeks could be enough to advance from this group. But at the same time the pressure is now on for Kovac, who is unlikely to be allowed to drop to many more points on the road ahead.

Loading...
Newer Post
Rosenborg and Leipzig are under pressure to deliver
Older Post
‘A cruel way to lose’ and ‘Nagelsmann’s bold tactics’ – Five Talking Points From Hoffenheim vs Manchester City