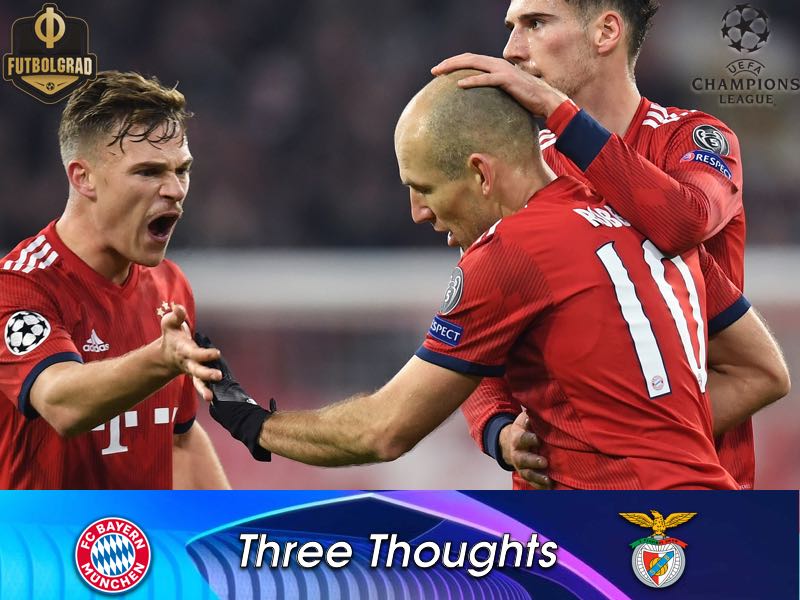 Bayern Munich v Benfica was considered the final judgement for head coach Niko Kovac. Heavily criticised after the 3-3 draw against Fortuna Düsseldorf the 46-year-old seemed a dead man walking. But after a convincing 5-1 victory over Benfica Kovac seems to have resurrected his career at Bayern, for now.

Here are my thoughts from Bayern Munich v Benfica:

Niko Kovac goes back to the past to extend his future

The starting eleven was almost old-fashioned. Kovac has avoided starting both Frank Ribéry and Arjen Robben in recent weeks. Instead, it was either one or the other that got the start with one replacing the other somewhat predictably in the second half.

This time around, however, Kovac opted to start Polish striker Robert Lewandowski sandwiched between the ageing pair, and he was awarded big time. Although the Futbolgrad Network ultimately awarded the man of the match award to Joshua Kimmich (more on him later), it could have also gone to Robben.

Robben got things going for Bayern with an unbelievable goal in the 11′ minute. Splitting two defenders on the right, he cut in to score with his trademark finish. Cutting in from the right to finish with his left has been something that Robben has done for almost his entire career. But for some odd reason, Benfica’s defence did not seem to have gotten the memo as Robben scored a second in the 30′ by once again cutting in from the right.

Ribéry, in the meantime, was a constant terror on the left and the Frenchman scored his first Champions League goal since March 2015 in the second half to make it 5-1 for Bayern.

Both smiled when they were taken off in the second half and Kovac may have extended his lifetime at Bayern by not only trusting the old guard but also getting them on his side.

Joshua Kimmich – back to the roots

It was not just the old guard, however, that turned things around for Kovac.

Moving Kimmich to midfield was a masterstroke. Trained in that position Kimmich has more or less been played out of position for the last two seasons. In midfield, he provided the sort of stability Bayern have been lacking.

The 23-year-old highlighted why many pundits in Germany suggested that Kimmich might be wasted out wide. Completing 90.4% of his 75 passes Kimmich provided the sort of balance that has been lacking from the Rekordmeister all season long.

It is perhaps not surprising that Kimmich seemed at home in that position. Kimmich was trained as a central midfielder at VfB Stuttgart and later played that position for RB Leipzig in Liga 3 and Bundesliga 2.

Kimmich was only moved out wide to fill the void left by Philipp Lahm following the 2016/17 season. Although he did well as a right-back, Kimmich somewhat lacks the pace to play that position and his tendencies to solve problems like a midfielder means that he is often cornered when Bayern, or Germany, play against top-class opposition.

Hence, moving him to midfield could fill the void that was left by Xabi Alonso. Of course, it also creates another problem. Bayern will have to find a new right-back should Kimmich make the switch permanently and it would not be a major surprise should Bayern address this issue during the winter break.

Kovac “belongs to us,” Arjen Robben said after the match. “The goals were important for us, for the team, not just for me,” Robben added. “It was important to get straight back up after the disappointment from the weekend. Big teams show reactions like this,” the Dutchman concluded.

Whether Bayern still had such a reaction in it was the big debate ahead of the game against Benfica. “I will fight for my job”, Kovac said before the match. The question, however, was whether he had the dressing room backing up his actions. 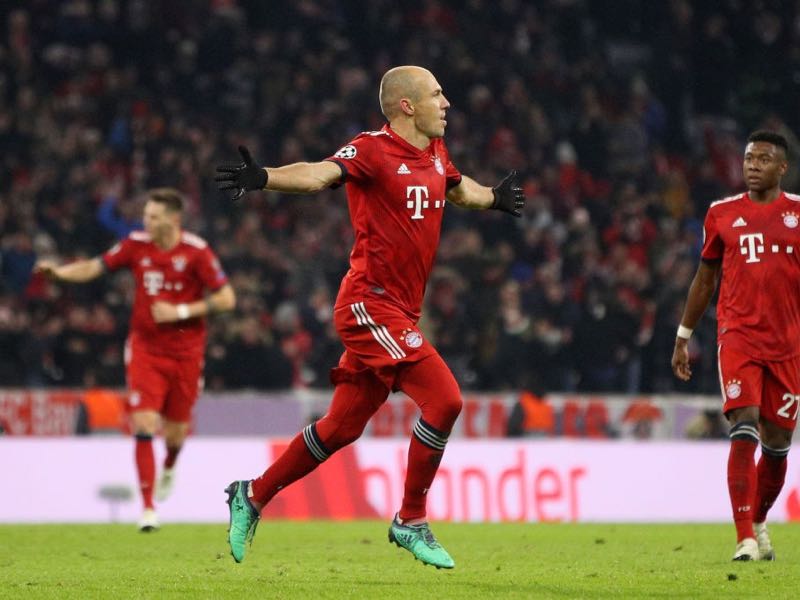 That question, for now, can be answered with a resounding yes. The old guard Ribéry, Robben and Müller, in particular, were excellent tonight highlighting that they were willing to work with the 46-year-old.

Kovac, in turn, showed tactical flexibility, he gave Müller more room to play his game, and also strengthened his status in the dressing room by trusting in the old guard in his do or die match. For now, Kovac has salvaged his career at Bayern. But difficult decisions regarding this dressing room still have to be made as Bayern will not be able to avoid a big rebuild next summer.