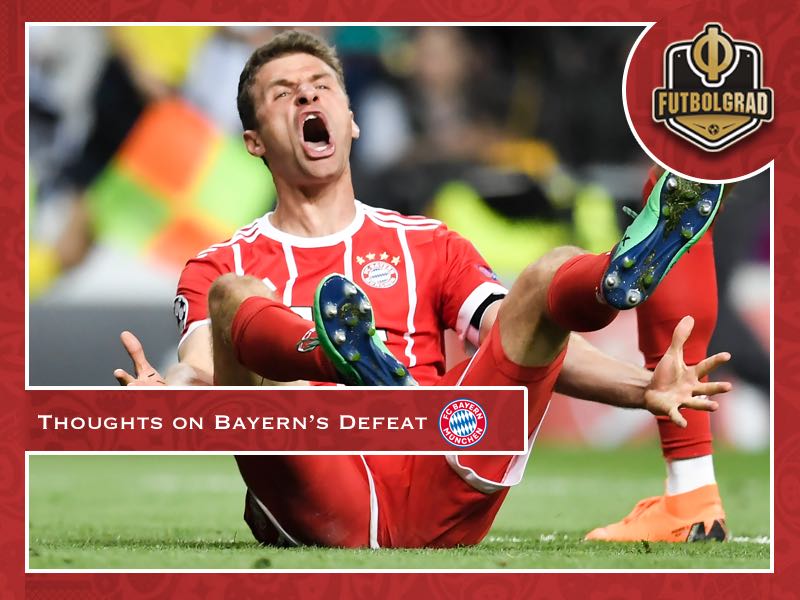 As the dust settles from two remarkably different Champions League semi final-second fixtures, Manuel Veth brings you his view on what he learnt, and in some cases – already knew – from the Clash of the Titans between Bayern and Real.

Disappointments for Bayern and celebrations for Real

The two semi-finals between Bayern and Real Madrid came just as advertised. Two of the world’s biggest clubs clashed in a battle of titans. No other fixture has been played more often than Bayern against Real and no other fixture has more history than the clash between the record champions from Germany and Spain.

As a result, both matches were on a knives-edge and as expected the Clash of the Titans came down to fine margins. Bayern in many ways were the better of the two sides but also made more individual mistakes, which on this level will cost you the game.

Real Madrid, in the meantime, were perhaps lucky to advance in the end. At the same time, there is no fortune/or misfortune in football. Football on that level is about confidence and the ability to make the second last mistake. In both categories Real, perhaps fueled by having won the last two Champions League trophies, seem to be a category ahead of the Bavarians.

“I never had any doubt about reaching the final”, Toni Kroos would later tell the media. That confidence got Real through and while Bayern are disappointed about their own failure Real could set the stage for three in a row in Kyiv.

Bayern can raise their game for big fixtures

Despite the disappointment, the fixtures against Real also had their positive. International media, in particular, had raised the question of whether Bayern, used to facing poor opposition in the domestic league, could raise their game for the big occasion. 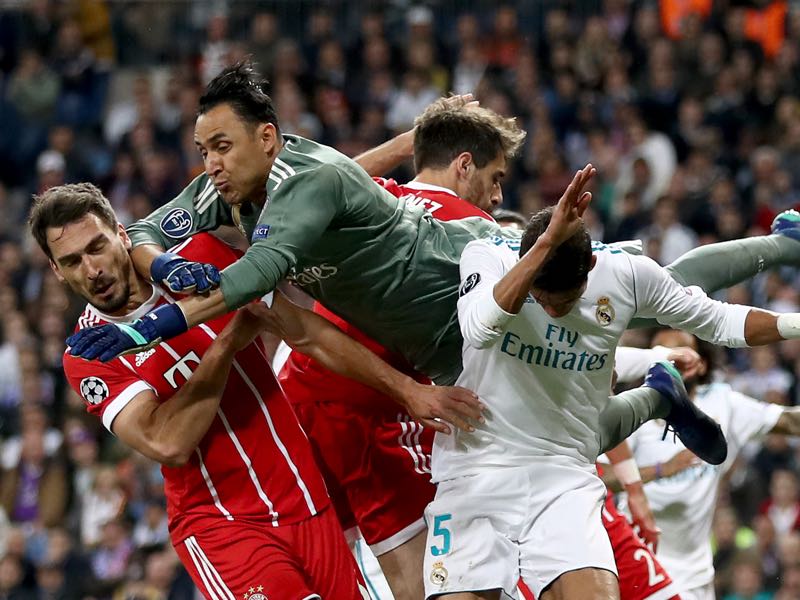 The defeat aside, the answer, is a resounding yes. Bayern were dominant against Real Madrid and, in the end, fine margins made the difference. The Bavarians, in fact, were brilliant and despite missing key players like Jérôme Boateng, Arjen Robben, Kingsley Coman and Arturo Vidal were on par with a Real Madrid side that has spent a multitude in recent years to assemble their side.

The conclusion, therefore, is Bayern can certainly raise their game for the big occasion. But sadly, the Bavarians also lack the killer punch at the moment to make the final step.

Since beating Barcelona at the 2013 Champions League semi-final stage Bayern have been eliminated by Spanish opposition in the last five tournaments.

In 2014 Real Madrid handily defeated a Bayern side coached by Pep Guardiola, who made several tactical mistakes as Bayern were beaten 5-0 on aggregate. In 2015 Barcelona was the culprit, in 2016 Bayern were knocked out by Atlético and in 2017 Real Madrid, controversially, eliminated Bayern.

Known as La Bestia Negra among Real Madrid fans for many years Los Blancos no longer need to fear the Bavarians. In fact, Spanish sides now seem to be Bayern’s main obstacle when it comes to finally winning their sixth Champions League trophy.

The end of an era?

This could be the end of an era for both Bayern and Real Madrid. Key players on both sides are nearing the end of a cycle and combatants Cristiano Ronaldo, Karim Benzema, Arjen Robben, and Frank Ribéry could soon ride into the sunset.

Even the likes of Jérôme Boateng and Arturo Vidal could soon be off to other pastures. But while Real Madrid could be celebrating their end of an era with the title in Kyiv, Bayern will have to do their rebuild without a major title celebration.

In fact, it remains to be seen whether the likes of Leon Goretzka, Serge Gnabry, Joshua Kimmich, Kingsley Coman and Niklas Süle can walk in the footsteps of a Bayern side that has reached the semi-final stage of the Champions League six times in the last seven years.