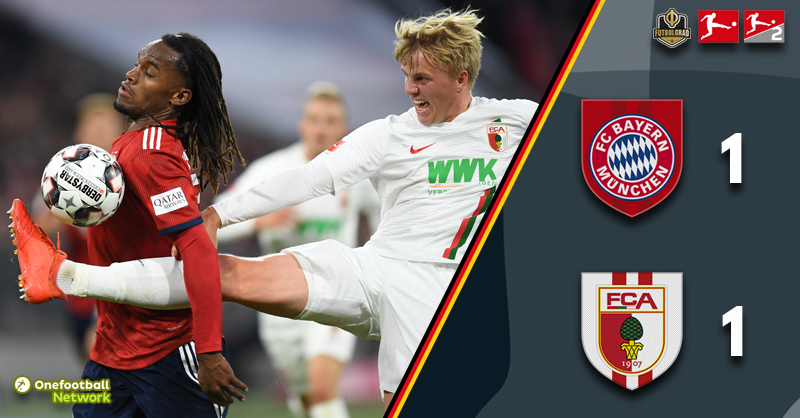 Felix Götze salvages one point for Augsburg against complacent Bayern

In the beginning, there was silence. Both sets of supporters boycotted the match for the first 20 minutes and Bayern’s fans unveiled a banner that read: “You will hear from us, or not.”

It was almost like a friendly match atmosphere, but Bayern took it seriously nonetheless. In the 7′ minute, Bayern had the first chance, but Thomas Müller only hit the post. More chances followed, Müller and Sandro Wagner collectively missed a cross wide open in front of the net, and Renato Sanches missed the target in the 11′ minute.

It took until the 33′ minute for Bayern to produce the next chances. Wagner’s header from six-yards missed the goal, and in the 35′ minute, Renato Sanches saw a long-range effort denied by keeper Andreas Luthe.

In the 38′ minute, it was once again Sanches this time he combined well with Arjen Robben on the right, but his shot was skied, then Wagner was stopped by Luthe after going one-versus-one in the 42′ minute and then Serge Gnabry’s low drive was curled around the far post by Augsburg’s keeper in the 44′ minute.

Bayern would not be that wasteful in the second half. Gnabry won the ball in his half sprinted forward into the box and spotted Robben on the right, who sidestepped several Augsburg defenders before hammering the ball under the crossbar for a deserved lead in the 48′ minute.

In the 50′ minute, Renato Sanches was off to the races going through Augsburg’s midfield like a hot knife through butter his shot, however, was stopped by Luthe. Bayern should have doubled the lead at that point.

Instead, Augsburg were still alive, and although Bayern were in complete control of the match, there was always a danger that Die Fuggerstädter could find a way back into this match. And that is exactly what they did.

“Sometimes when you play against Bayern you need a bit of luck,” Augsburg head coach Manuel Baum said after the game.

A bit of luck is what Augsburg got. In the 87′ minute, Manuel Neuer fumbled a corner kick that was swung in from the left Jeffrey Gouweleeuw put the ball back across the goalmouth, and Felix Götze chested the ball across the line holding up his hands in apology for having scored against his youth club. It was a goal out of nowhere and meant that Augsburg collected an unexpected point in the capital.

Renato Sanches was the man of the match. The Portuguese midfielder was a terror for Augsburg’s backline and a strong presence in midfield. Using his body to dominate the opposition Renato Sanches made several deep runs and his only weakness at the moment is that he lacks finishing. 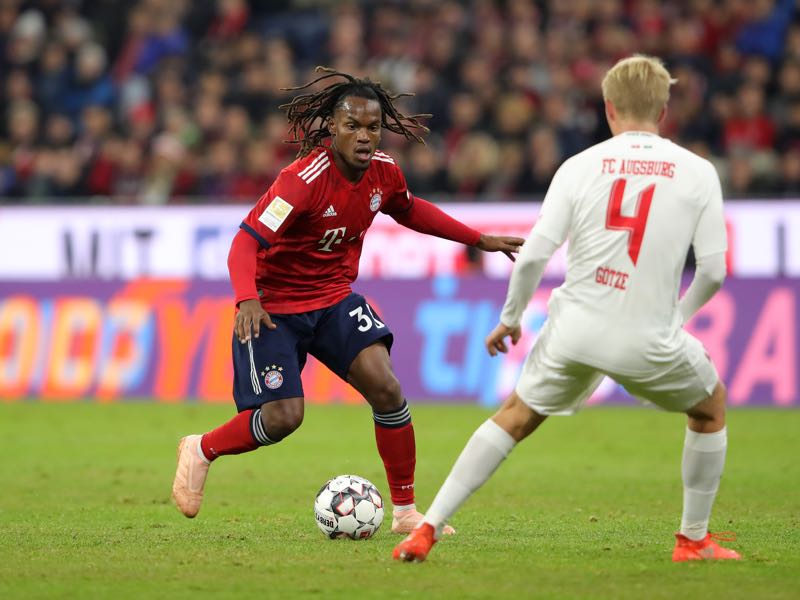 Bayern v FC Augsburg – Renato Sanches of Bayern Munich and Felix Gotze of Augsburg in action during the Bundesliga match between FC Bayern Muenchen and FC Augsburg at Allianz Arena on September 25, 2018 in Munich, Germany. (Photo by Alexander Hassenstein/Bongarts/Getty Images)

This time Niko Kovac’s strategy of conserving energy did not pay off. Bayern were seemingly in control in the second half but failed to score the decisive second goal. Instead, they invited Augsburg back into the match. Kovac has to ensure that efficiency does not turn into complacency.