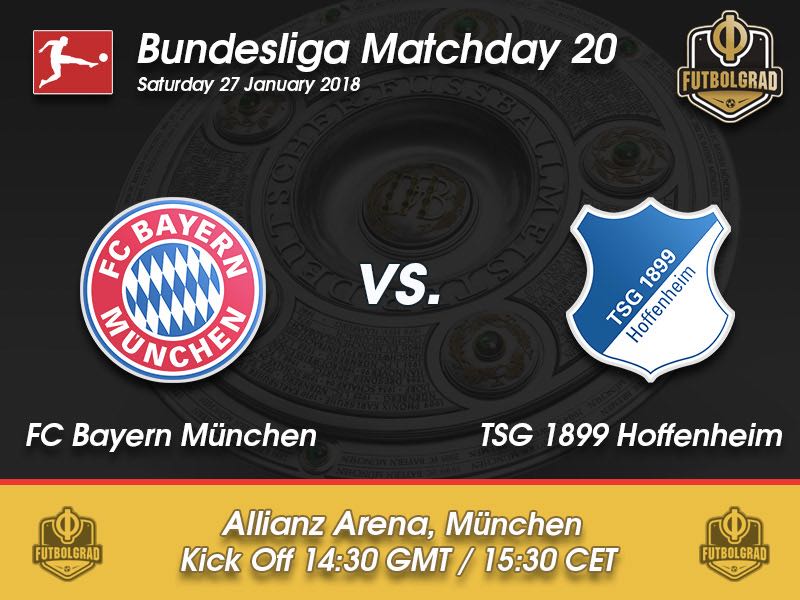 “Julian Nagelsmann returns to the Allianz Arena to once again haunt Bayern again.” Is that going to be the headline on Sunday morning after Hoffenheim, for the fourth time in a row, have taken at least a point from the Rekordmeister? Going by the current form that seems unlikely.

Bayern have been flying under Jupp Heynckes and only lost one game in the league since the 72-year-old head coach took over from Carlo Ancelotti earlier this season. Going into matchday 19 Bayern have a 16-point advantage over second-placed Bayer Leverkusen. The Bavarians have won 15 out of 19 games and are on course to set another Bundesliga record by becoming the earliest Bundesliga champion in history—Bayern of course also hold the previous when they won the title with a 25-point gap in 2013-14.

Hoffenheim in the meantime only look like a shadow of the side that defeated Bayern on matchday 2 of the Bundesliga. Back then Julian Nagelsmann’s team tactically outsmarted Carlo Ancelotti setting in motion a spiral that would see the Italian coach fired in Munich.

The 2-0 victory, however, seems aeons ago. Since then Hoffenheim have disappointed in Europe and been inconsistent in the league. Currently, ninth with 27-points the best news are that Hoffenheim are still within reach of a European spot. The reality, however, shows a side that has been struggling to compensate the departures of Niklas Süle, Sebastian Rudy and Sandro Wagner to Bayern München.

Nagelsmann in the meantime is doing his coming to age as a coach on a public stage. Still just 30 the Hoffenheim bench boss is without a doubt talented, but this season has shown that he might not quite be ready for one of the top jobs—be it Bayern or Dortmund—just yet.

Having won just one out of their last five Bundesliga games, Hoffenheim are now heading to Bayern. Although Bayern appears to be beatable at times this season Heynckes has his men play a no-nonsense approach that seems to almost guarantee points. Hence, it is hard to imagine Julian Nagelsmann to pull off another miracle.

Javi Martínez picked up a small knock on matchday 18 and with Champions League football fast approaching Heynckes is expected to give the Spaniard a break against Hoffenheim. In his stead expect French midfielder Corentin Tolisso to act in the central midfield role. Tolisso is a very different midfielder from Martínez and can be expected to fulfil the role more aggressively joining the attack on a more frequent basis acting like a box-to-box midfielder rather than a centre-pivot. The change might be in Bayern’s favour as the Bavarians will have to hit Hoffenheim in their transition game if they want to break down Nagelsmann’s tactical system.

Süle, Rudy and Wagner all have joined Bayern this season. Mark Uth will head to Schalke next season. Previously, Roberto Firmino and Luiz Gustavo made a move away from Hoffenheim to become big stars—as long as owner Dietmar Hopp is adamant that the club has to be self-sustainable Hoffenheim will have to rely on making their stars and sell them off to the highest bidder. The next in line could be creative attacking midfielder Nadiem Amiri. Born to Afghan parents, the 21-year-old midfielder has been linked with a move to Tottenham, Manchester United, Arsenal and Leipzig in the past and with an exit clause of just €17 million would be a bargain transfer for any club looking for a creative midfielder. 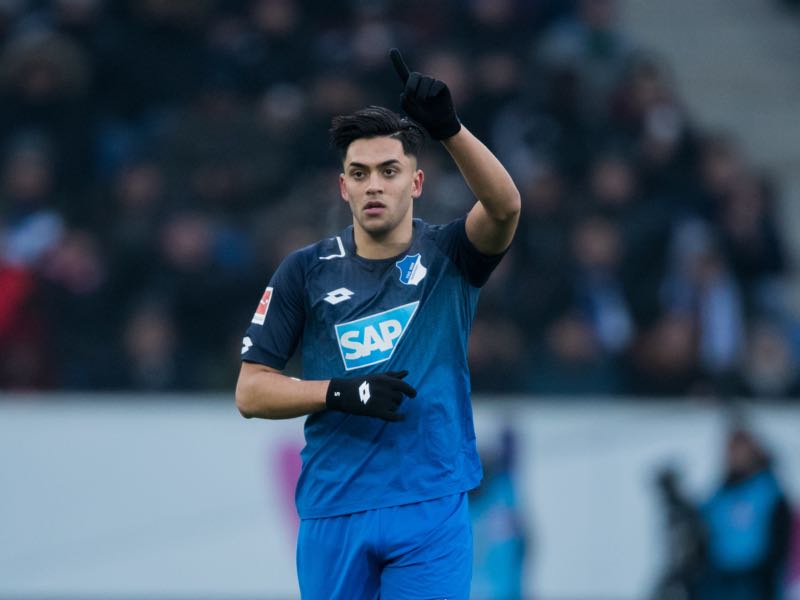 Nadiem Amiri could be the next Hoffenheim player to leave for a bigger club. (Photo by Simon Hofmann/Bongarts/Getty Images)