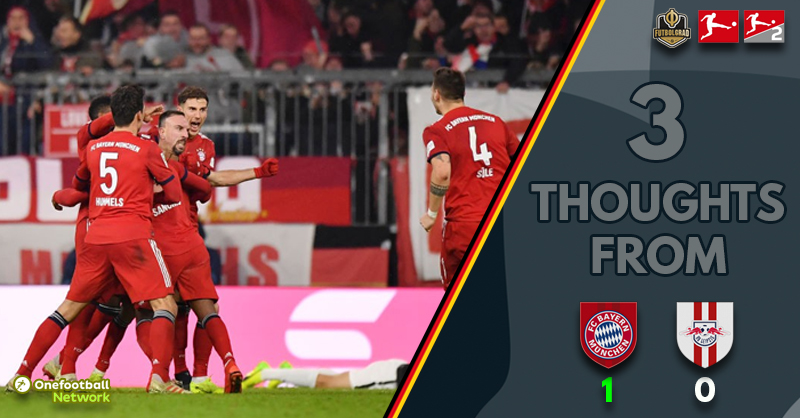 Franck Ribéry and Bayern – are they back?

With Dortmund slipping up 24 hours earlier, Bayern vs RB Leipzig took on an extra impetus. Could either of these sides narrow the gap to the top? Yes they could, and it was the defending champions who prevailed.

Bayern vs RB Leipzig: Bayern are back (?) 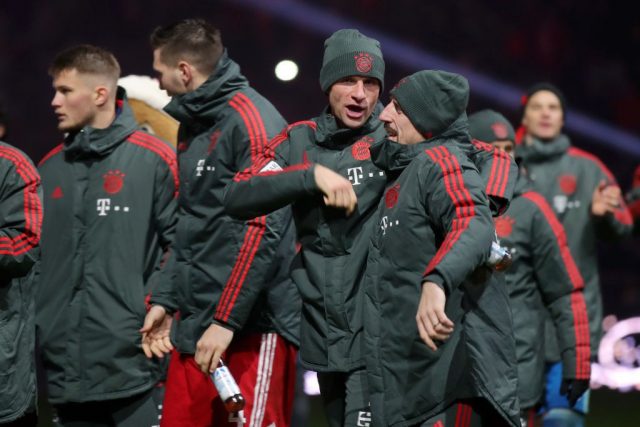 All smiles after the Bundesliga match Bayern vs RB Leipzig at the Allianz Arena. (Photo by Alexander Hassenstein/Bongarts/Getty Images)

It hasn’t been an easy ride for the Rekordmeister this season. Everybody has suffered – fans, players, the management. The first half of the Bundesliga campaign could almost be filed under ‘forgettable’.

However, the team purportedly in free-fall suddenly seem to have found their parachute. Four league victories on the bounce and the good times look to be returning to the Allianz.

Niko Kovač is smiling, Karl-Heinz Rummenigge looks a happy man and even Thomas Müller is back in the starting lineup, the storm clouds of October look to have finally cleared.

The most pivotal change though has been on the pitch, the Bavarians have their old swagger back. Should they end the autumn campaign with victory against Eintracht, it will be their best run of form all season.

RB Leipzig looked to heading for a share of the points, until Franck Ribéry rolled back the years with a wonderful finish in the game’s dying moments. This would have been a fixture the defending champions drew not so many weeks ago – not now though, they seem to have that winning belief back.

Bayern vs RB Leipzig : Subbed on – Sent off 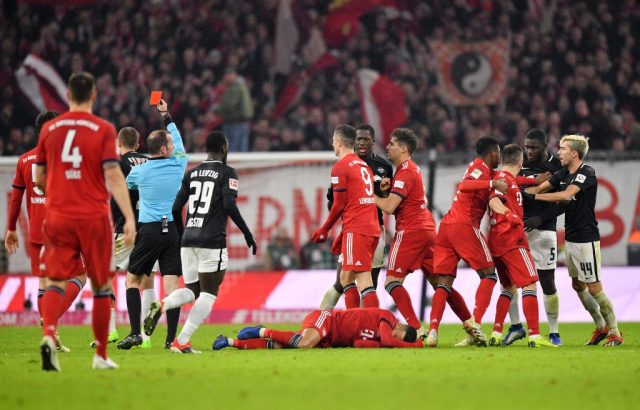 Stefan Ilsanker is shown a red card from the referee, shortly before Renato Sanches’ as the players clash during Bayern vs RB Leipzig at the Allianz Arena. (Photo by Sebastian Widmann/Bongarts/Getty Images)

Not one, but two – yes, both sides had a substitute sent off and it was during the same incident. Renato Sanches saw red for the hosts after his push on Stefan Ilsanker – the Leipzig man also dismissed for a terrible tackle on Thiago.

Sanches was walking a fine line after an earlier swipe at Timo Werner, when he received his second yellow card of the evening he seemed perplexed, until remembering his prior incident with the RB striker – he then shook hands with referee Marco Fritz as he departed the field.

Ilsanker was given his marching orders after a studs-up lunge at Bayern’s midfield creator. It was so poor a challenge, it was worthy of two red cards if such an act was available. The Austrian had been on the field for exactly 10 minutes when he received his sanction.

It was Leipzig’s third visit to the Allianz Arena in their short history, and the third time one of their players had been dismissed – Ilsanker channelling his inner Emil Forsberg and Willi Orban.

Forsberg made the lonely walk on Leipzig’s first ever visit to Munich, while club captain Orban saw red the following season. The Saxony side have a habit of going down to 10-men against Bayern.

Naby Keita (now of Liverpool) also saw red last season against Die Roten, in a DFB Pokal fixture   – the Guinean still has an outstanding suspension for it should he ever return to Germany. 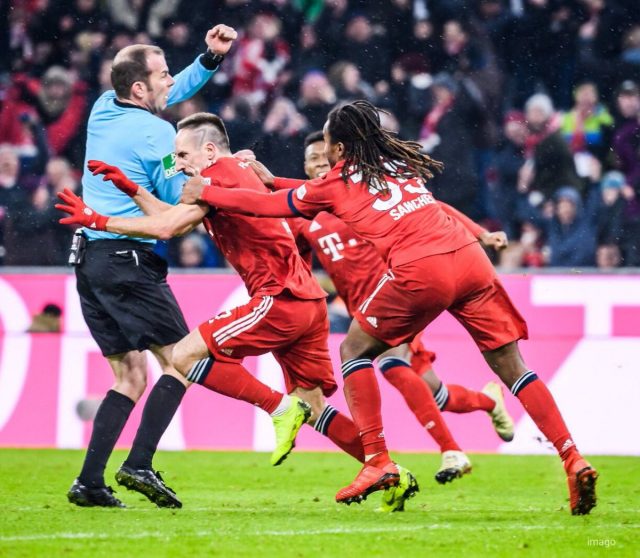 Much has been made of the Frenchman and his fellow midfielder, Arjen Robben this season. Are the so called ‘Robbery’ past their best, is it time they moved on?

Each time the question is asked, one of the two gives an emphatic answer of ‘no’. This time it was the turn of the 35-year-old to show that his still has the ability to change a game within his boots.

In something reminiscent of years gone by, the eight-time Bundesliga winner feigned a shot just inside the area, taking out two sliding defenders – he then picked his spot to fire the ball past Péter Gulácsi.

It was peak Ribery and his celebration showed just what it meant to him – so keen was he to toast his goal, he almost sent the match referee flying with his turn and sprint.