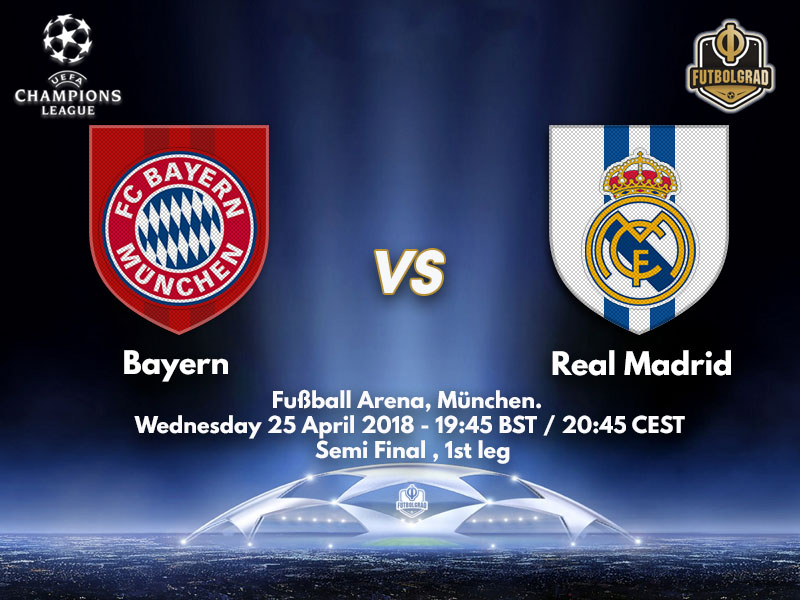 Bayern vs Real Madrid is the very definition of the clash of European football royalty. In fact, it is the continental equivalent of the EL Clasico or Klassiker as no match in the European competition has been played more often than Bayern against Real Madrid.

Overall, the German and the Spanish giants have met on 25 occasions – seven times at the semi-final stage of the European Cup/Champions League. “The clock strikes 13”, Germany’s magazine kicker’s headline read on Monday – to borrow from a German saying that highlights a big event to take place.

It is indeed remarkable that the two sides are now meeting for their 13thtwo-legged affair – 11 knockout ties and one in the group stage. The matchups have also been fairly even with both Bayern and Real Madrid each winning six two-legged ties.

As a result, of Bayern’s record against Real Madrid and the Bavarians history of winning several Trofeo Bernabeu back in the 1970s, 80s and 90 as well as eliminating the Los Blancos from the Champions League in 2007 and 2012 Bayern were known as La Bestia Negra (the black beast) in Madrid. But that title has been somewhat watered down in recent years with Real Madrid eliminating Bayern in 2014 – decisively 5-0 on aggregate – and in 2017 – controversially.

That match in 2017, in particular, will now fuel the Bavarians. Bayern had equalised a 2-1 deficit in Madrid and were dominating the game at the Bernabeu, Hungarian referee Viktor Kassai, however, had a particularly bad day sending off Arturo Vidal while leaving Real’s Casemiro on the pitch.

As a result, Real were able to rescue themselves into extra-time where an exhausted Bayern side were picked apart by Real. The match sparked controversy among neutral press and Kassai was widely criticised for his decisions.

Arturo Vidal, in particular, felt hard done by and hoped that he could make up for the double booking that ultimately cost Bayern the match last season. The Chilean midfielder, however, will miss the rest of the season with a knee injury and will be missed by Bayern, who have plenty of attacking midfielders but other than Javi Martínez lack defensive options in central midfield.

With Corentin Tolisso also out for the match, it will be interesting to see how Bayern head coach Jupp Heynckes will address stability in midfield. The likely solution will be to start James and Thomas Müller in a three-man midfield with the Colombian providing the holding part next to Javi Martínez.

Real, in the meantime, have somewhat lost their depth from previous seasons. With Álvaro Morata gone to Chelsea, James Rodríguez now at Bayern and Gareth Bale a shadow of his former self Real Madrid, now more than ever, are carried up front by Cristiano Ronaldo. The lack of attacking depth at Real, and Bayern’s regained stability under Heynckes, gives Bayern fans hope that they can regain their title as La Bestia Negra and while this is a match between two very evenly matched sides Bayern might be slight favourites going into the first leg.

Bayern vs Real Madrid – Players to look out for:

With Arturo Vidal out defensive stability in midfield will rest on the shoulder of Javi Martínez. Moved back to midfield by head coach Jupp Heynckes Javi Martínez had regained his form from 2013 when he, together with Bastian Schweinsteiger, was crucial in Bayern’s midfield and anchored the team to the treble. With Schweinsteiger gone and Vidal injured Javi Martínez will now have to carry the entire defensive workload in midfield and will also be charged with disrupting Real Madrid’s counter-play. Not an easy task but the Spaniard has shown in the past that he is up to carrying a heavy workload. 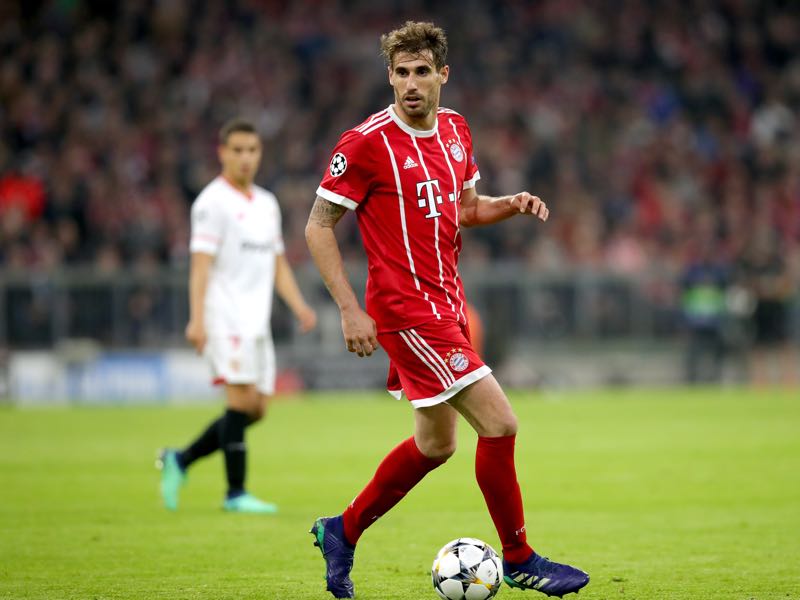 It is difficult to look past Cristiano Ronaldo when it comes to Real Madrid’s key players. The 33-year-old Portuguese forward has been once again phenomenal in the UEFA Champions League this season. His bicycle kick against Juventus was the most spectacular of the 15 goals Cristiano Ronaldo has scored in his ten Champions League games this season – one goal every 60 minutes. Cristiano Ronaldo also loves scoring against Bayern. The Portuguese forward has scored seven goals in the last three appearances against Bayern – and nine goals in six matches overall.