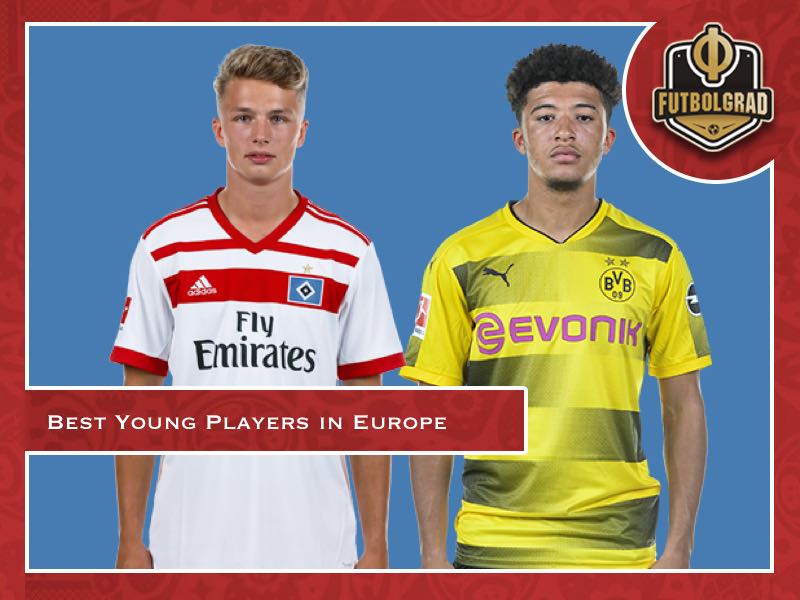 Football is a global game and there are millions of fans all over the planet, but the game’s heartland is still Europe, where it was born and where most of the best young players in the world ply their trade. Europe is home to many of the world’s most famous clubs, including Manchester United, Real Madrid and Bayern München, while Germany, Italy, Spain, France and England have all lifted the World Cup in their turn.

A majority of the game’s greats learned their trade in Europe, and it is common for top stars from South America and Africa to head for Europe in search of fame and fortune. From Just Fontaine and Matthias Sindelaar to Cristiano Ronaldo and Thierry Henry, Europe has been the nursery where a host of legendary players have developed. But the continent’s conveyor belt of talent never stops and every year a new crop of young hopefuls takes the attention of football fans and coaches. Here are nine of the best young footballers playing in Europe right now:

Son of the legendary Netherlands striker Patrick, Justin Kluivert has a pretty big reputation to live up to, but he has made a strong start to his professional career. He has played 44 times for Ajax, scoring 12 goals and impressing many coaches, including Jose Mourinho, with his creativity in wide areas. One of the stars of the 2016 Under-17 European Championships, he made his full international debut in March 2018 and is set to be a huge star, with a possible move to the English Premier League on the cards this summer.

A star of the prestigious Manchester City academy, Jadon Sancho left England last summer in search of opportunities. He was apparently a target for Arsenal, Manchester United and Chelsea, but he eventually moved to Germany, making his professional debut for Borussia Dortmund in the Bundesliga. Punters who bet on the German Bundesliga will be familiar with young English winger; at the age of 18, he has already made eleven appearances for Dortmund and was originally seen by the club as a replacement for Ousmane Dembele.

Jadon Sancho is one of the most exciting young players in Europe. (PATRIK STOLLARZ/AFP/Getty Images)

Another young star of the Bundesliga, Arp has made a positive impression at Hamburg, and his development has been one of the few bright spots in recent months for a club that has been struggling at the wrong end of the table. Arp made history as the first player born in the new millennium to play in a Bundesliga game and the tall striker has caught the attention of scouts across Europe. He scored seven goals for the German side at the 2017 UEFA European Under-17 Championships and netted another five at the Under-17 World Cup.

After years of underachievement, England’s youth and age group teams have started to perform consistently and have been carrying all before them in recent months. One of the big stars of the next generation of English talent is Phil Foden. The teenager is another product of the Manchester City academy and having impressed manager Pep Guardiola, he has already been promoted to the first team, making four appearances so far. A creative midfielder with an eye for goal, Foden has played a major role for the national side at the Under-17 European Championship and World Cup and has a bright future ahead of him.

The young Valencia star achieved a similar feat to that of Jann-Fiete Arp, becoming the first player born this millennium to appear in La Liga. Torres has been with Valencia since the age of six and played twelve times for the Valencia B team before making his full first team debut in December 2017. He had been strongly linked with a move to Barcelona or Real Madrid, but in October last year, he signed a contract extension with Valencia. Although manager Marcelino has been bringing him along carefully, it is surely only a matter of time before this talented forward, who can also play on the wing, makes a big money move.

Football is as popular as ever in Europe and with millions of youngsters setting out in pursuit of their football dreams every year, the supply of young talent is constantly renewed. Some of the greatest players in the game have passed through the ranks of the top European clubs and some of the names on this list could one day be as famous as those of Cruyff, Di Stefano, Gullit, Best and Vieira.