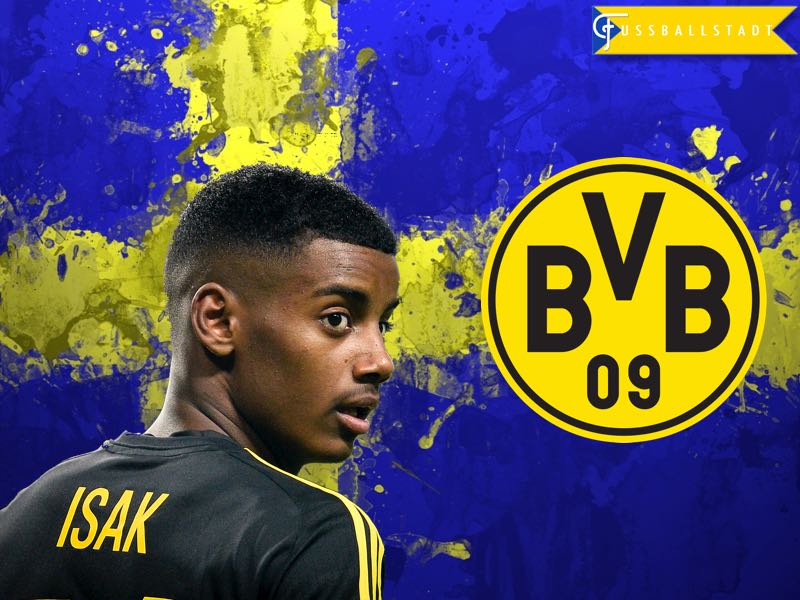 Alexander Isak appears to be the next major European talent to join Borussia Dortmund. The 17-year-old Swedish striker from AIK Solna took the Allsvenskan by storm in the 2016 season—Sweden’s season is played throughout the calendar year.

The news, in fact, broke on Saturday morning. Isak was long linked with a move to Real Madrid, but a last minute offer from Borussia Dortmund seems to have changed his mind, and he could be on his way to the Bundesliga instead.

Speaking to the media ahead of Borussia Dortmund’s 2-1 victory at the Weserstadion against Werder Bremen on Saturday, head coach Thomas Tuchel told the media, with a smile on his face, that he did not want to deny the rumours from Sweden that Isak had signed for Dortmund.

The Swedish paper Aftonbladet, in the meantime, has reported that Dortmund have signed the striker for €8.6 million. It is an interesting turn of events given that Borussia Dortmund was linked with the likes of Fedor Smolov after the club decided to sell Colombian striker Adrián Ramos to China via Grenada.

Instead, Borussia Dortmund has, once again, gone for talent rather than record of performance. Isak will become the third sought-after European mega talent the club has signed this season—Emre Mor, and Ousmane Dembélé were landed in the summer transfer window.

The 190cm tall forward scored ten goals in 24 games in 2016, despite the fact that Alexander Isak did not turn 17 until the end of the 2016 season. As a result, the Swedish forward, whose parents immigrated to Sweden from Eritrea, was quickly compared to Sweden’s legendary striker Zlatan Ibrahimović.

Swedish experts are sure Alexander Isak is the real deal

Björn Enjebo, who hosts the popular AIK Podcast Radio Råsunda, however, feels that the comparisons to Ibrahimović are somewhat misleading: “They are completely different persons. Alexander Isak is very humble and calm. He’s a very decent person. He’s tall and very balanced. He looks skinny but is very strong.”

Another comparison, perhaps less favourable, has been to Marcus Berg, who joined Hamburger SV as a 23-year-old in 2009, but failed to make a major impression in German football. Berg has become the embodiment of the failed Swedish striker in German football, but Enjebo is quick to point out that we are talking about a very different calibre of player in Alexander Isak:

“They are also completely different. Berg is from the countryside. Isak is from Stockholm’s suburb [Solna]. I think Isak is stronger mentally than Berg. For him it is more about football. My feeling is that he will perform wherever he plays. He’s pretty fast, and has an excellent understanding of the game”—Enjebo continues. “He is always in the right place at the right time.”

The Swedish journalist Christoffer Svanemar, and specialist on AIK Solna, adds to Enjebo’s praise: “Isak is on a level that we have never seen in Sweden before. His biggest attribute is his head. He is very smart and always one step ahead of the play.” 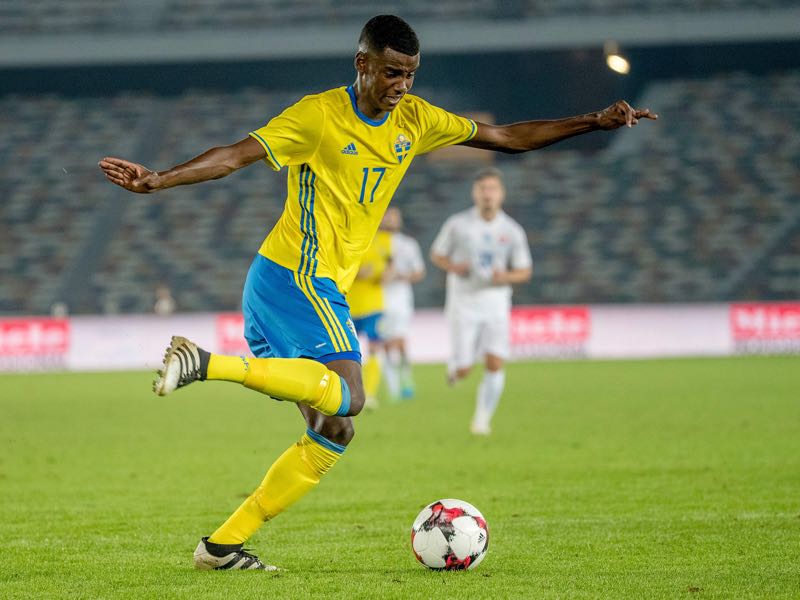 Isak’s speed will be essential to fit into Dortmund’s play. Despite Borussia Dortmund’s head coach Thomas Tuchel’s preference to play possession football that is similar to Pep Guardiola’s school of thought, die Schwarz-Gelben have increasingly targeted players that can overwhelm their opponents through skill and pace.

Alexander Isak is not the next Ibrahimović

The likes of Pierre-Emerick Aubameyang, and Marco Reus, as well as new signings André Schürrle, Ousmane Dembélé, and Emre Mor, are synonymous of Dortmund’s brand of football that seeks to overwhelm opponents by quickly gaining the ball in the one half and quickly press forward to catch the opposition’s defence on the wrong foot.

The question, of course, is whether Alexander Isak can promptly translate his game to the Bundesliga. Enjebo is optimistic in that department: “He has performed on every level. He has played for AIK his whole life. Every time he has been moved up a level, he became the number one striker in a short time.”

Svanemar adds to that assessment: “Tactical awareness should not be a problem. Every coach who has coached him has said that he has something special, and then talks about his skills in adapting the [Isak’s] game depending on the level.”

There is, therefore, no doubt that, with Isak, Dortmund has landed one of the most talented players Sweden has to offer at the moment. At the same time, the step from the Allsvenskan to a top club in the Bundesliga can be challenging, and it remains to be seen whether Isak can make the step right away.

Critics may say that Dortmund is taking another gamble on a top talent. But at the same time, Borussia’s management seems to be committed to the idea that working with young malleable talent seems to be the best way to break into Europe’s top football elite.