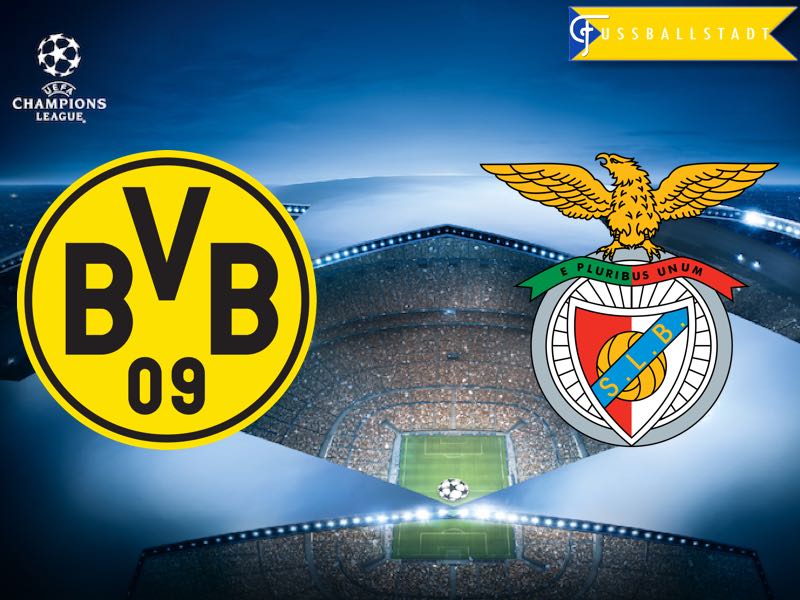 Borussia Dortmund vs Benfica will take place at the Signal Iduna Park in Dortmund. (Photo by Dean Mouhtaropoulos/Bongarts/Getty Images)

Dortmund will need to summon all the firepower they displayed against Leverkusen if they are to move forward into the last eight of the Champions League.

Suffering a shock 1-0 defeat in Lisbon to the Portuguese champions, Dortmund missed a succession of chances which may come back to haunt them should they be unable to find the net quickly on Wednesday.

However, they will enter this second leg fixture in imperious form after demolishing fellow German Champions League competitors, Bayer Leverkusen 6:2 in Saturday’s Bundesliga fixture. Die Schwarzgelben have been criticised lately for failing to convert chances, which ultimately leads to a loss of league points.

This weekend may have gone some way to silencing the doubters, with a devastating show of finishing that culminated in their highest league victory this season. With Ousmane Dembélé, Pierre-Emerick Aubameyang, and Christian Pulisic all scoring on Saturday, BVB’s forward line will be a tough test for Benfica to withstand. Dortmund will be without influential left-winger Marco Reus, who has been ruled out for the next four weeks with a thigh problem. However, Tuchel has strength in depth throughout his squad, he will look to Christian Pulisic and Ousmane Dembélé to provide the danger from the wide areas.

Rui Vitória’s Benfica enter this tie in equally good league form as their German hosts, sporting four wins from the four fixtures that separate the legs of the Last 16 fixture. Buoyed by a first leg victory at home, the side from Lisbon will most probably look to defend deep and catch Dortmund on the break for that all- important away goal.

With their Greek striker, Konstantinos Mitroglou providing the only goal so far in this tie, he will once again provide one of the main dangers for a Dortmund side intent on overturning their marginal deficit. History isn’t on the side of the Portuguese, they may have to overcome the mental anguish of having exited this competition at the hands of German opponents last season—Dortmund’s main rivals, Bayern München.

Borussia Dortmund vs Benfica – Player to look out for:

Pulisic will be parachuted into this fixture after Saturday’s injury to Marco Reus. The US international will not be out of his depth, however, in this Champions League tie as he made an immediate impact when he replaced Reus in the recent Bundesliga fixture versus Bayer Leverkusen. Pulisic went on to score die Schwarzgelben’s fourth and assist their sixth goals in a display which will only add to the high in which he is held—by both club and country.

With a gift for dribbling his wing play as undoubtedly his strongest point, Benfica will have to be wary of his short passing game. Should they stand off him too much, he will pass through their lines with ease. A wanted man by many of Europe’s top clubs, the Champions League will be a platform which the 18-year-old American will take in his stride.