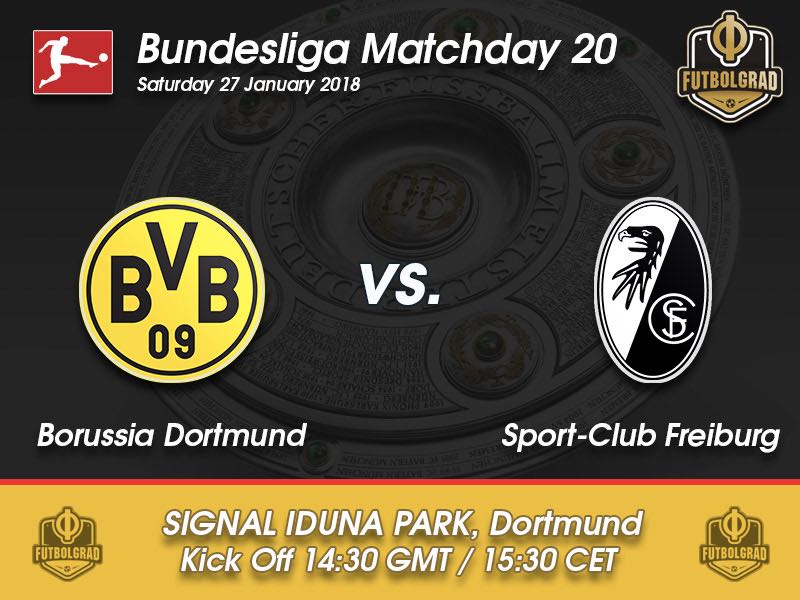 Borussia Dortmund vs Freiburg will take place at the SIGNAL IDUNA PARK in Dortmund. (Photo by Maja Hitij/Bongarts/Getty Images)

Saturday’s match at the SIGNAL IDUNA PARK will be in the shadow of the ongoing Pierre-Emerick Aubameyang to Arsenal transfer speculations. By the time of writing it appeared that a transfer was nowhere near to be done and BVB head coach Peter Stöger even suggested that Aubameyang could return to the squad on Saturday and by Friday evening reports emerged that Aubameyang could be starting the match against Freiburg.

Stöger has been a calming influence during the entire proceedings trying to keep the transfer speculations as far away from his squad as possible. Whether Aubameyang could be re-integrated into the team should a deal fall through remains to be seen, however. Fact is, his teammates seem to be fed up with the antics that have been seen by some as extortion to push a move through to England this winter. On the other hand, Dortmund need goals and it is, therefore, no surprise that Stöger would opt to play the Gabonese striker if he is available.

Although head coach Peter Stöger remains undefeated in the Bundesliga, his side failed to win the last two games only scoring one goal in the process—although talented the likes of Jadon Sancho and Alexander Isak do not have the killer instinct, or experience, to replace Aubameyang right away. Ukrainian striker Yarmolenko, see below, in the meantime is also struggling a bit with form and the club is therefore eagerly awaiting a resolution in the Aubameyang transfer saga—that will either end with Gabonese striker staying or a replacement joining the club.

Perhaps the positive about this week’s match is that with Freiburg a team is visiting the SIGNAL IDUNA PARK that have struggled to gain a positive result in Dortmund. Freiburg have lost the last nine matches in Dortmund and were always at the end of a heavy beating. At the same time, last week’s victory against RB Leipzig showed that the Breisgau Brasilianer are no whipping boys. Furthermore, Freiburg held Dortmund to a draw on matchday 3 of the Bundesliga after losing four games in a row against Dortmund—Freiburg were even a man down.

Given everything that has been going on at Dortmund in recent weeks, Freiburg can display some optimism ahead of travelling up north to the Ruhrpott. Aubameyang’s return, however, will give Dortmund the much-needed danger man up front and expectations, therefore, are that Dortmund’s run of two draws will come to an end and that the Yellow and Blacks will return to their winning ways against Freiburg

Borussia Dortmund vs Freiburg – Player to look out for:

On Friday night it appeared to be likely that Aubameyang could start this match. But even with Aubameyang back in the line-up plenty of weight will be on the shoulders of Ukrainian forward Andriy Yarmolenko. Brought in this summer to replace Ousmane Dembélé on the wing Yarmolenko has in the past played as a centre-forward and with the Aubameyang situation tracking on, as well as Isak not deemed to be a starting option yet, Yarmolenko will be the man to provide the goals. Yarmolenko, however, has struggled at times this season to find the net and has, in general, looked like a player still in the integration process. Three goals and four assists are not a bad start for the Ukrainian, but they are also not enough to replace either Dembélé or Aubameyang. 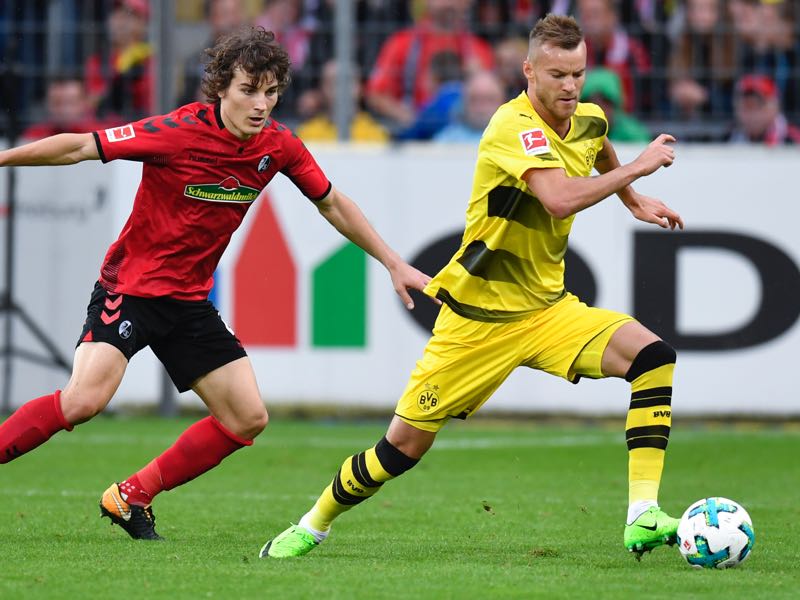 Left-back Christian Günter is playing like a man possessed—at least for his standard. With five assists already Günter is only one assist shy of his Bundesliga total of the last four seasons put together. It is indeed a breakout season for the 24-year-old, who has one national team game for Germany. Capable of playing every position on the left flank the winger might even be a long shot to replace recently injured RB Leipzig defender Marcel Halstenberg in the national team side. 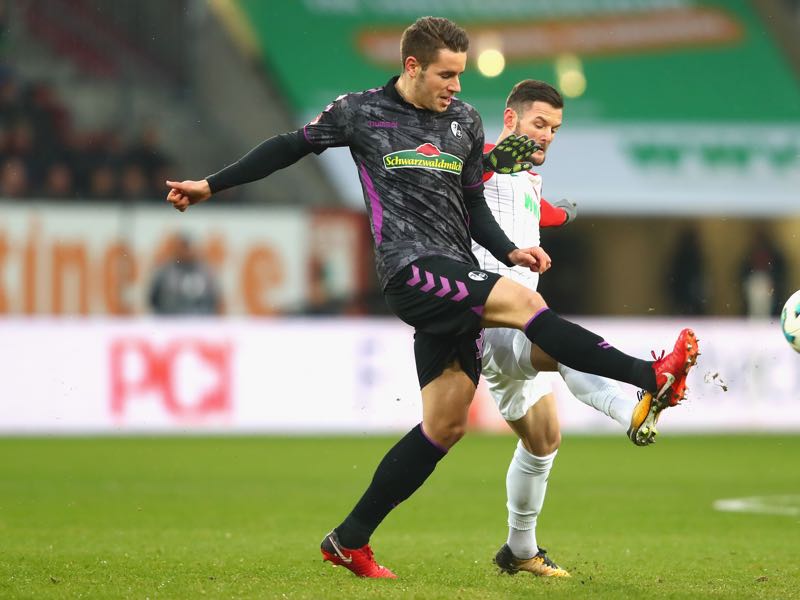