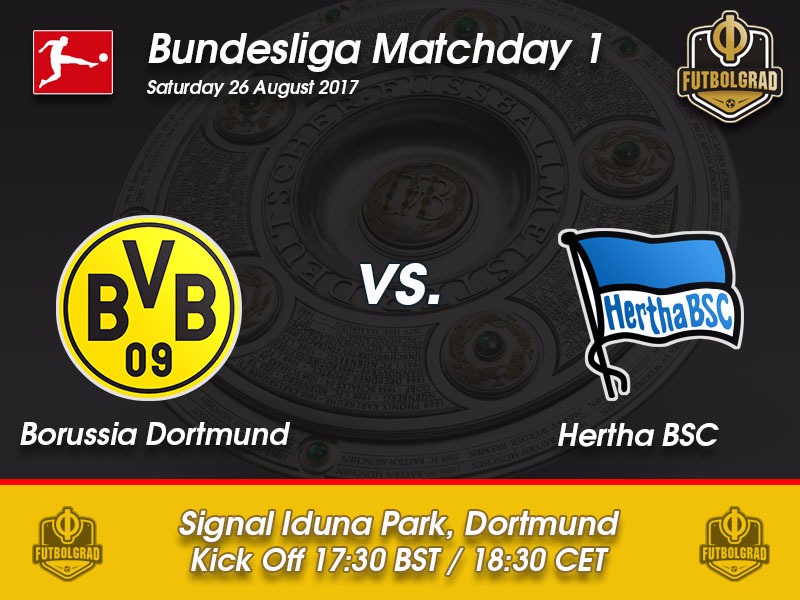 Borussia Dortmund had a fantastic start to the season with a 3-0 victory over VfL Wolfsburg. At the same time, their start has been overshadowed by the events surrounding Ousmane Dembélé’s possible departure to Barcelona. It was, therefore, no surprise that Borussia Dortmund was a main talking point on the recent Futbolgrad Network Gegenpressing Podcast. The consensus among the panellists, however, was that Dembélé situation aside Dortmund were in good order and would be okay should Dortmund accept an offer by Barcelona.

The performance on matchday 1 certainly highlights that Dortmund have enough talent on the pitch to compensate Dembélé’s departure. American wunderkind Christian Pulisic’s performance, in particular, should fill Dortmund’s managers with confidence that the squad is deep enough to be a challenger this season. While the squad might be disappointed over the departure of Dembélé individuals like Pulisic might be happy about the extra spotlight.

Pulisic, in particular, has been pointed out as the natural replacement for Dembélé and the 18-year-old native of Hershey Pennsylvania will certainly receive much of the spotlight in the coming weeks. Pulisic’s emergence is, of course, good news for Borussia Dortmund both on and off the field. On the field, they have a natural successor ready for Dembélé off the field Pulisic is a marketing machine, who can help the club grow in the United States.

It would, of course, be unfair to highlight just Pulisic. Mario Götze’s return has been maybe the most important for Dortmund (see below). The playmaker has been critical stringing together Dortmund’s midfielder, and Peter Bosz has already highlighted him as a potential leader in the future.

Despite the off-field noise, Dortmund will be the favourites on Saturday. At the same time, Hertha will certainly be no pushovers. Coached by the Hungarian Pal Dardai Hertha Berlin can be a resilient opponent. Often accused of playing boring football Hertha managed to finish sixth last campaign and have made the sort of acquisitions that could propel them once again into the European places.

Borussia Dortmund vs Hertha Berlin – Player to look out for:

Mario Götze is back after he missed six-months with a metabolic disorder. Although Götze has recently admitted in an interview with the German kicker magazine that he is not cured of the disorder, but rather has managed to control it, he has looked increasingly like his former self during the pre-season preparations. Playing 60 minutes against Wolfsburg on matchday 1 Götze was the key player in Dortmund’s midfield and his pass to teammate Christian Pulisic opened the door for Dortmund’s win on matchday 1. With Götze slowly regaining fitness expect him to feature for more than 60 minutes on matchday 2.

Mathew Leckie has already more than doubled his goalscoring output from last season in his first game for Hertha Berlin this season. Playing for Ingolstadt last season Leckie managed no goals and three assists in 30 games. Now with one game under his belt, Leckie has already scored twice. The Australian was one of the key factors in Hertha’s matchday 1 victory over newly promoted Stuttgart and with Hertha head coach Pal Dardai playing him further up front expect more goals from the Australian winger this season.

Mathew Leckie scored twice on the opening day of the Bundesliga. (Photo by Martin Rose/Bongarts/Getty Images)