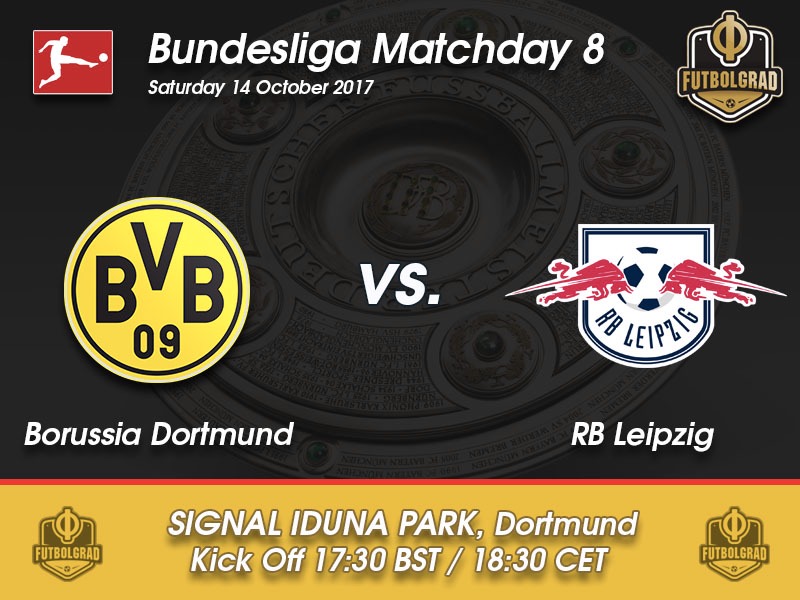 Borussia Dortmund vs RB Leipzig will take place at the SIGNAL IDUNA PARK in Dortmund. (Photo by Dean Mouhtaropoulos/Bongarts/Getty Images)

Right after Peter Bosz signed for Borussia Dortmund, the Dutch coach warned BVB fans that his style of plays would need some adaptation and that the team could lose some games by a high margin. Since then Dortmund have taken the Bundesliga by storm under Bosz, but in the Champions League die Schwarz-Gelben were twice found out by top teams—both Tottenham and Real Madrid exploited the space in Dortmund’s defence.

Now on Saturday night, Dortmund will have their first real test in the Bundesliga against RB Leipzig. Peter Bosz’s players now have to show that they have understood the lessons taught to them by Tottenham and Real. The main problem for Dortmund, however, will be the fact that der BVB will have to go into the match without a real left-back. Marcel Schmelzer, Raphaël Guerreiro and Lukasz Piszczek will all miss this game with injuries, which means that Bosz will have to field an experimental backline for this match.

All of that will be not good news going into a match against one of the most advantageous attacking line-ups in Germany. But whereas Dortmund have defensive worries RB Leipzig might be going into this game without star striker Timo Werner, who has been struggling with vertigo stemming from a back problem. Werner, of course, would be the ideal candidate to exploit Dortmund’s rickety defence. Not unlike Harry Kane at Tottenham Werner can hit teams on the counter using his speed and agility to be dangerous anywhere on the field—fortunately for Dortmund though it is unlikely that they have to worry about him.

With Werner likely coming off the bench Leipzig will still be going on the attack, which would mean that this should be a wide-open affair in which both teams are going to press high and trying to exploit each other’s defensive weaknesses. As a result, this could be a high scoring game that even has the potential of one team blowing the other side out of the water. As it stands this game could go either way, but on paper, Dortmund should be able to utilise their home advantage.

Borussia Dortmund vs RB Leipzig – Player to look out for:

With Nuri Sahin doubtful due to back problems sustained from his national team last week Julian Weigl could once again anchor the midfield for Borussia Dortmund. The 22-year-old missed the beginning of the season with a broken ankle and only returned to match duty on matchday 4 of the Bundesliga. After playing the full 90 minutes against Borussia Mönchengladbach and Augsburg Weigl will likely also get the nod against RB Leipzig. His ability to hold the ball and control the midfield could be crucial against a Leipzig side that will attempt to hurt Dortmund on the Gegenpressing.

With Timo Werner likely coming off the bench in this game Jean-Kévin Augustin will be the key player for Leipzig. Although incredibly talented the French forward has not yet shown the kind of goalscoring exploits that have made Timo Werner’s stock rise over the last season. Like Werner, Augustin is quick and explosive, and his athleticism will be critical in exploiting the space left by Dortmund’s high pressing game. 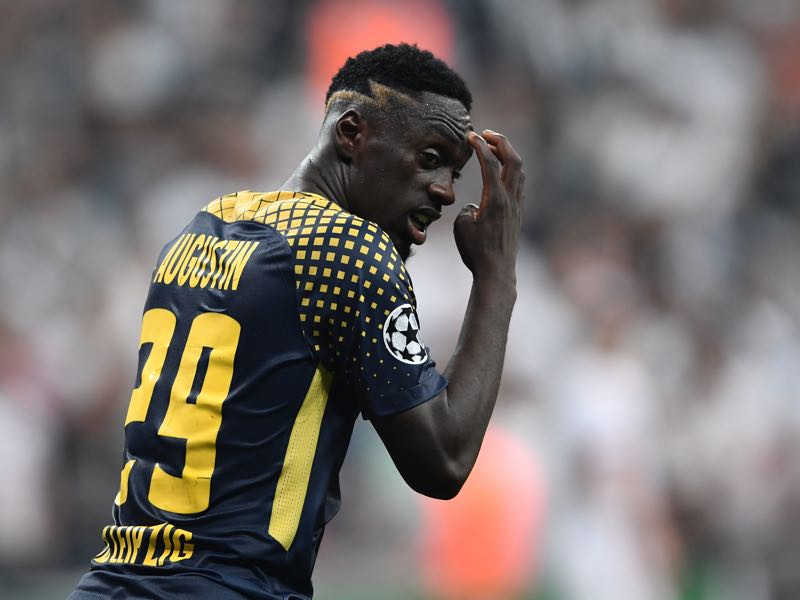 Jean-Kevin Augustin will be the likely replacement for Timo Werner. (Photo by Stuart Franklin/Bongarts/Getty Images)