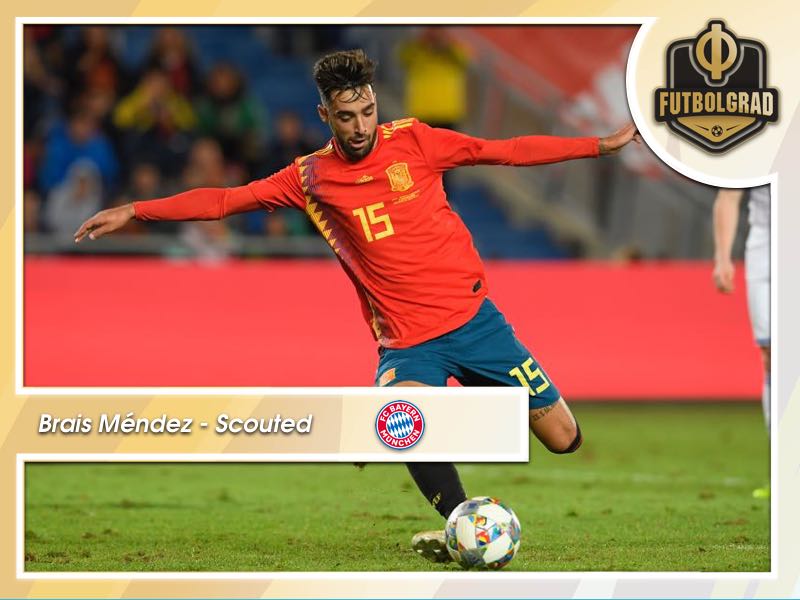 Bayern München remain interested in adding another winger to the squad even if Leroy Sané signs for the club. The German magazine kicker reported on Thursday (Jul. 18) that Bayern were offered Celta Vigo winger Brais Méndez.

The 22-year-old right-winger can leave Celta for €25 million and Bayern, according to kicker, have reciprocated Méndez’s interest in joining the Rekordmeister. “[Bayern’s sporting director] Hasan [Salihamidzic] has all the information he needs,” Mendez’s agent Vincente Fores has since told Goal and Spox.

Signing Brais Méndez at this point, in fact, might somewhat calm down the storm that has been brewing around Bayern’s transfer policy. The club managed to sign defenders Benjamin Pavard and Lucas Hernández last winter but has since struggled to land both a creative midfielder, Rodrigo moved to Manchester City instead, or a winger — the club has been interested in Callum Hudson-Odoi and Leroy Sané.

Now it appears that the club could sign two players from Spain in quick succession. Because aside from Brais Méndez Bayern are also being linked with Espanyol’s Marc Roca.

Neither player, however, would fall into the top category of players Bayern have targeted. That in itself is nothing new, however. Bayern have never signed absolute world stars but instead, have helped players to become world stars after they signed at the club and then managed to retain them.

Football, however, has changed since the club signed Arjen Robben and Frank Ribéry ten years ago. Those two transfers set the club up for a decade but whether Bayern can repeat their trick of signing relatively unknown players and elevate their game to the next level remains to be seen.

There are signs that it is possible. Serge Gnabry and Kingsley Coman, for example, have been excellent additions to the team and seem ready to step into the void left by Robbery. But whether the two will be enough is doubtful, furthermore with the transfer market changing Bayern might have to go with the time and sign a world star to elevate the team. 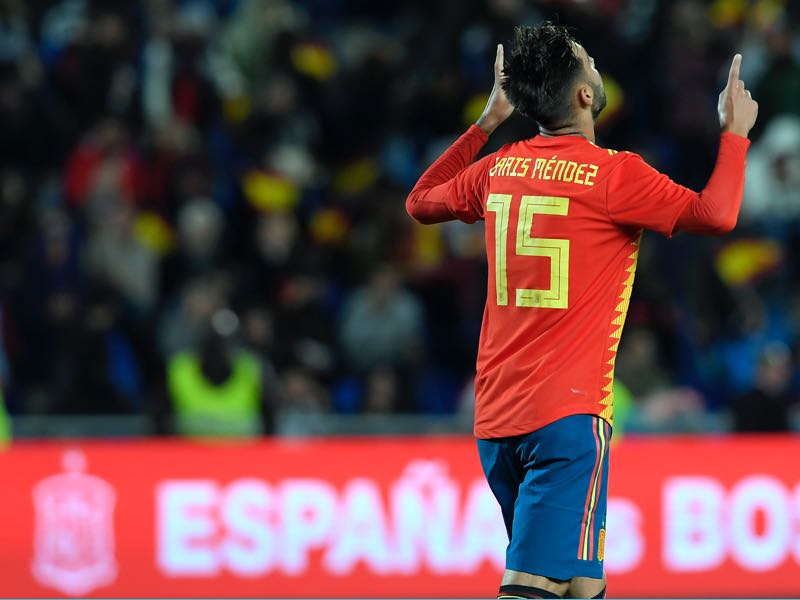 Spain’s midfielder Brais Méndez celebrates a goal during the international friendly football match between Spain and Bosnia-Herzegovina at the Gran Canaria stadium in Las Palmas on November 18, 2018. (Photo by LLUIS GENE / AFP)

Brais Méndez will certainly not fall into that category. The 22-year-old Spaniard is instead another experiment, an attempt to unearth a winger that perhaps can turn into the next Coman and Gnabry.

The 22-year-old managed to score six goals and seven assists in 31 La Liga games last season. Although Brais Méndez prefers to play on the right-wing, he can also play central, both right behind a striker but also in midfield and on the other wing. Furthermore, the winger can be creative by dropping deep, playing important passes and long runs into the attacking third.

When it comes to Bayern, however, the predominant question is whether a player can improve existing personal? One player comes to mind is Douglas Costa, who joined Bayern from Shakhtar, dazzled for half a season and then disappeared into oblivion. Added to that is the question whether Brais Méndez would be an improvement on players that are already in the squad, including talents like the Canadian Alphonso Davies?

Bairs Méndez by the numbers

Where he ranks ahead of the other Bayern wingers is in final third passes per 90 minutes. Brais Méndez managed 5.22 passes into the final third ahead of Davies (3.24), Müller (3.21), Gnabry (2.81) and Coman 1.61. Speaking of passing, only Müller, ten assists over the last calendar year, has produced more assists in the last 12 months than Méndez’s seven — the same amount as Davies, who produced some of those assists in the Regionalliga Bayern and Major League Soccer.

“All of Germany speaks about Bayern’s transfer policy,” Thomas Müller said this week. “As long as we are on the top at the end of the season, then we have done everything the right way,” he added.

The ultimate question is whether Méndez can aid in that goal and if the Spaniard will be enough to counter Dortmund’s transfer offensive. Adding the Spaniard would mean that Bayern have five attacking players for mainly three positions. Méndez’s would, therefore, add much-needed depth, but he will not add quality to the existing players in the squad.