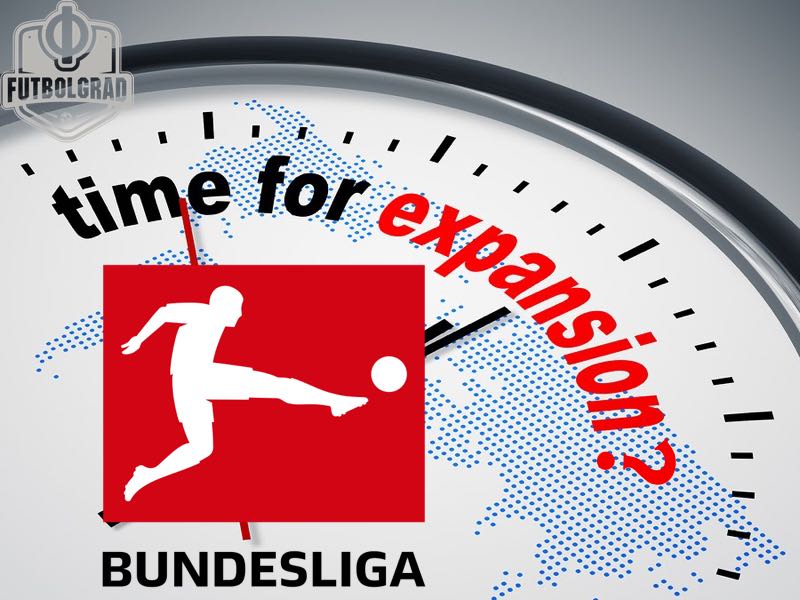 The Bundesliga winter break has been used by some of Germany’s most prominent media to investigate the poor European season of the German clubs. While it might be too early to conclude a single bad European campaign the current situation has to be taken seriously to ensure that symptoms do not become endemic.In the Champions League, only Bayern München managed to reach the round of 16—Borussia Dortmund as well as RB Leipzig finished third and will continue in the Europa League, and Hoffenheim were eliminated by Liverpool at the qualification playoff stage.

In the Europa League, the picture is even worse. Freiburg were eliminated during the qualification stage and Hoffenheim, Köln and Hertha all failed to qualify from their respective groups. Overall the performance of German clubs is a disaster this season, which means that the Bundesliga is ranked 11th in the 2017-18 UEFA co-efficient standings behind European giants like Ukraine, Turkey, Cyprus and Austria.

The poor standings have meant that Germany’s football magazine kicker has launched a four-part investigative report on the current short-comings of German football. Part I of the kicker series dealt with the problems of mentality. The magazine found that German clubs, on the one hand, want to reach European places, but once there complain too much about the extra games even though German clubs, in comparison to England, Spain and Italy, have fewer games thanks to a smaller league and only one cup competition that does not include home and away fixtures.

Furthermore, the Bundesliga has the luxury that it only includes 18 clubs. In fact, taken into account Bundesliga 2 and Liga 3 German football has the smallest amount of official professional clubs of any of the top leagues in Europe. Even though Germany is Europe’s most populous country and that the DFB, Germany’s football governing body, is the largest sport organization in the world with over seven million members and 25,456 registered clubs playing within the league pyramid—the Regionalliga, although factually professional, has been not included as a professional league.

Germany’s top three leagues include 56 teams. In comparison England, with a population of just 56 million people, have 116 professional clubs in the top five divisions. Furthermore, with 20, 24, and 24 clubs the top three divisions in England include 68 teams 12 more teams than in Germany’s top three divisions. In Spain, the third division, unlike Germany, is regionalised at the same time. However, the top two divisions include 42 teams with La Liga composed of 20 teams and La Liga 2 of 22 teams.

Germany’s kicker magazine now suggests that one of the reasons for the Bundesliga’s lack of success has been the mentality by coaches that see extra European games as a burden. The likes of Hoffenheim, Köln and Hertha therefore use secondary squads in Europe, which explains some of the poor results. Spanish sides, according to kicker, however, rotate very little and still win in Europe.

Perhaps the big difference, however, is that in Spain clubs from the lower echelons can afford more poor results in their domestic competitions thanks to the home and away rule in the Cup and the two extra clubs in the first division. With two additional teams, the likes of Sevilla, Bilbao and Celta Vigo have more planning security, as even a poorer season is unlikely to result in relegation. 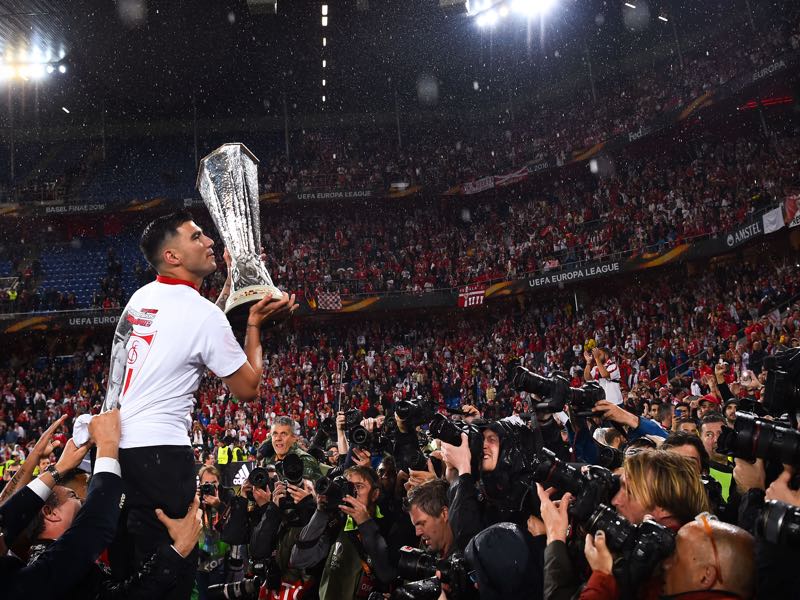 The same is the case in England, which of all the top European teams has the largest density of top clubs. Thanks to two extra teams in the English Premier League top teams have more room for mistakes, and therefore, in theory, teams have more security when it comes to long-term planning. This, in turn, means that the clubs from the big EPL markets can use their financial assets to secure a greater hegemony over the rest of the league.

While the likes of RB Leipzig and Borussia Dortmund are on the path of becoming top clubs in Germany only Bayern have managed absolute world-class status. The Rekordmeister from Bavaria’s capital are the only club that with certainty can say ahead of a season that even a mediocre year will not end with relegation trouble.

Of course, it would be hard to imagine the likes of Dortmund or Leipzig fighting against relegation. Dortmund were in 18th place under Jürgen Klopp just three winters ago. The club also struggled against relegation on several occasions in the last twenty years. Even last year Bayer Leverkusen—a club consistently competing in the Champions League—had to fight off relegation until the final day of the season.

There is a Smaller Margin Between Success and Failure in Germany

Thanks to an 18 team league the margin between success and failure are small in Germany’s top flight. The gap between second-placed Schalke (30 points) and 16th-placed Werder Bremen (15 points) is just 15 points. Mid-table teams like 11th-placed Hannover (23 points) are separated five points from a Europa League place, and eight points from a relegation place—that segment of the table includes the likes of Augsburg, Hertha and Wolfsburg.

The performance density is even more severe among the top clubs. Second-placed Schalke and eighth-placed Frankfurt are separated by just four points. Borussia Dortmund did not manage to win a game from October to December and still ranks third, but a single defeat could see them drop outside the Champions League spots. 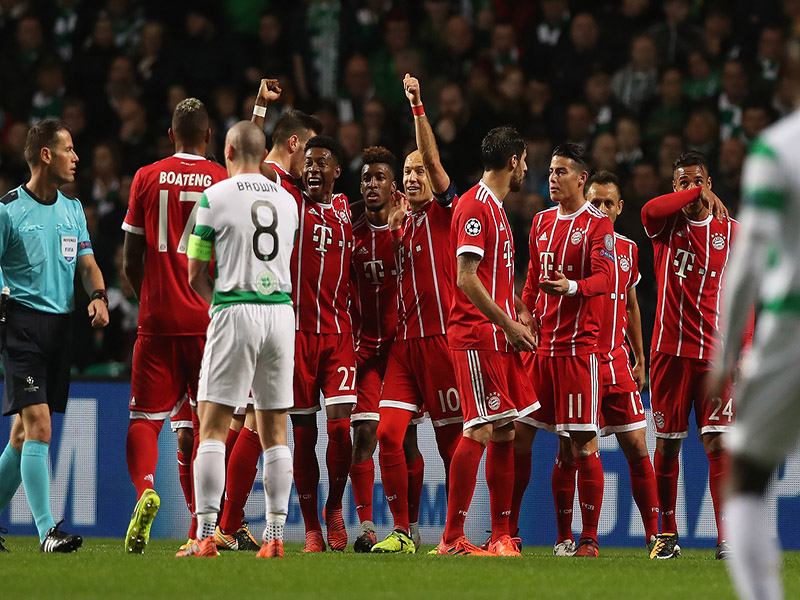 Bayern have been the only Bundesliga side that have been consistently competitive in European competitions. (Photo by Ian MacNicol/Getty Images)

In the kicker series Bundesliga sporting directors like Eintracht Frankfurt’s Fredi Bobic point out that the density is one of the most significant problems. “When it comes to competitive density the Bundesliga is the toughest league. It is not a question of quality, which I don’t think is that fantastic right now, but rather a matter of speed. We would have loved to have this kind of speed when I played, instead, however, we were individually better.”

Bobic also believes that footballing wise “the league is on a good level.” But regarding tactics coaches try to minimise risks and focus on physical aspects rather than individual brilliance. The reality is that Bayern will always compete for the title and that remaining 17 clubs are fighting to the crumbs, which is somewhere in-between a Champions League spot and battle against relegation.

The English Premier League Lacks Competitiveness from Top to Bottom

Perhaps a bigger league would create more individually by allowing coaches to experiment more as the extra games would lead to more room to breathe. At the same time, a switch from 18 to 20 teams also will have some downsides. Jon Mackenzie, an Editor at RealSport101 and a frequent contributor to the Futbolgrad Network, recently pointed out in a conversation that the English Premier League might be more competitive at the top, but top to bottom the Bundesliga has more quality.

To underline this, he points at the current English Premier League table in which the gap between fourth-placed Liverpool (44 points) and tenth-placed Watford is 19 points. In truth, the EPL resembles more two competitions rather than one—at the top, the big clubs compete for silverware and European glory, while at the bottom clubs barely hang on to survival. 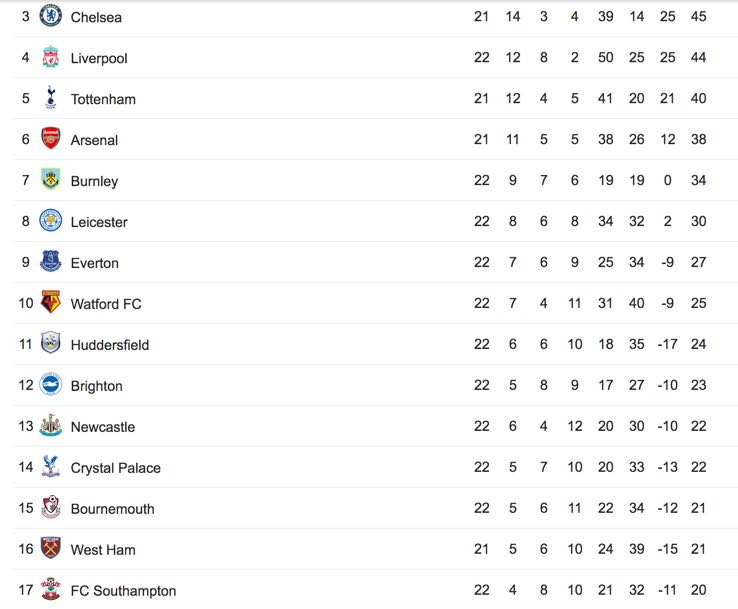 There is a significant gap between the top and the bottom in the English Premier League. (Image via Google)

The EPL is not the only 20-team league that shows this sort of phenomena. In Italy, the gap between fourth-placed AS Roma and tenth-placed Turin is 14-points. In Spain, the difference is smaller, but at the very top, Barcelona and Real Madrid have dominated the league for years. Barca currently have a nine-point gap to Real. The same can be found in England by the way where Manchester City is finally using its financial muscle and the know-how of Pep Guardiola to create the sort of balance that can be found in the Bundesliga—Manchester City have a 14-point gap to second-placed Chelsea.

The expansion to a 20 league Bundesliga on its own would therefore not necessarily create more competitiveness. It could even lead to a rift that would continue see Bayern at the top and then a big gap between clubs like Dortmund as well as Leipzig to the rest of the pack.

It might be still worth giving the experiment a try. Germany as Europe’s most populous country easily has the capacity of having 20 teams compete in the top two divisions, respectively. It would open the door for more of the traditional teams to gain a foothold in the top flight, which would make the league more attractive. Furthermore, clubs like Eintracht Frankfurt and Hertha, two teams with superclub potential, would have more long-term certainty, which in turn would give them the room to grow into potential powerhouses.

This season the example of Köln shows how small the margin between success and failure is in Germany. Köln as a club has the potential to become a big club that could challenge for the top, but the density in the league does not allow room for error, and with the club competing on several fronts a spiral of poor results was quickly established. But most importantly it would eliminate the argument for Bundesliga coaches that the smaller size of the Bundesliga means that clubs have a harder time to fight for survival.