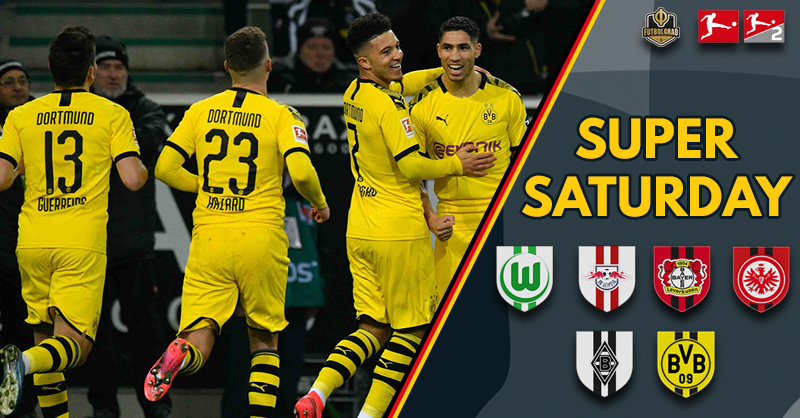 Prior to Saturday’s set of fixtures, there seemed to be only one question–who would surface as Bayern München’s main challenger? The Bavarians look nothing like the side that opened the season.

The abject displays have disappeared, as have the defensive issues that dogged Niko Kovac’s reign–Hansi Flick has brought in that normal look of supreme confidence, Mia san mia you could say.

With the holders primed for a Sunday fixture, it was over to their three main challengers to fight it out amongst themselves. Who would leave Matchday 25 as a potential heir to the throne? 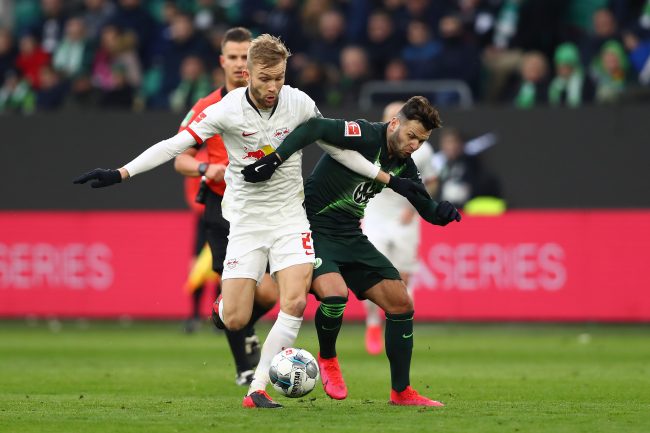 Julian Nagelsmann took his second-placed Leipzig from Saxony to Lower Saxony, would the Autostadt put the brakes on the Red Bulls, or could it be a case of full-throttle football driven towards Oliver Glasner and his Wolfsburg side?

In short, it was neither–a goalless draw did little for either side in truth. Leipzig found themselves without top goalscorer Timo Werner, the striker took up a place on the bench for the start of the match, and it resulted in a lethargic forward line.

Angeliño came the closest to breaking the deadlock for the visitors, but the Spaniard saw his effort fall just short of nestling into the back of the Wolfsburg net. The Manchester City loanee then found himself in action at the opposite end, this time the defender was required to clear the ball off the line.

It wasn’t the Leipzig that we had come to know of late, hosts Wolfsburg had better opportunities in the opening period but as witnessed in countless other fixtures, Nagelsmann fired his players up during the break and they flew out of the traps in the second half.

Koen Casteels remained a brick wall on the Wolfsburg line, the goalkeeper made a string of vital saves–most notably to deny Marcel Sabitzer his 14th goal in all competitions this season. The Austrian’s shot from distance was on target but right where Casteels wanted it, a routine save but it was one of five that kept the score locked at nil-nil.

Wolfsburg rallied late, peppering Péter Gulácsi’s goal with attempts but they were either dragged wide or lacked that last bit of composure to beat the Hungarian. 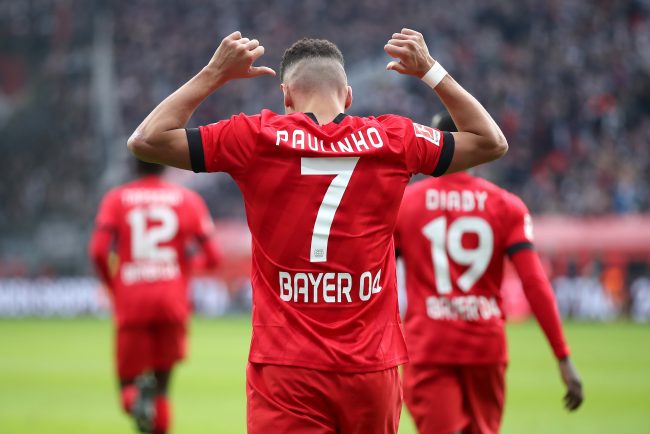 The side from the BayArena has been primed to mount a challenge on the top four should one of those above them slip, biding their time in fifth since late January, Saturday offered them the chance–all they had to do was navigate a tricky test against Frankfurt.

Kai Havertz turned on the style and set Leverkusen on the path to victory after just four minutes, creating Bundesliga history in the process. The 20-year-old became the youngest player to reach 30 goals in the competition, a testament to his absolute quality.

It was a finish that opened the floodgates, Karim Bellarabi doubled the score 10 minutes later after a phase of attacking play that has come to typify Bayer under Peter Bosz.

Frankfurt had no answer, and as half time came they looked pleased that the score had been restricted to just two–however, that wouldn’t last as the second half started.

Paulinho made it three after a darting run and smart finish, Leverkusen began to purr and the Werkself looked hungry for more. The restart had only come four minutes before the third goal, it was beginning to look ominous for Adi Hütter’s Eagles.

Three became a rout just before the hour mark, Paulinho grabbing his brace thanks in part to a sublime assist by the record-breaking Havertz. An excellent afternoon’s work for the pair, and a message sent out to the top four–we’re ready should you slip up. 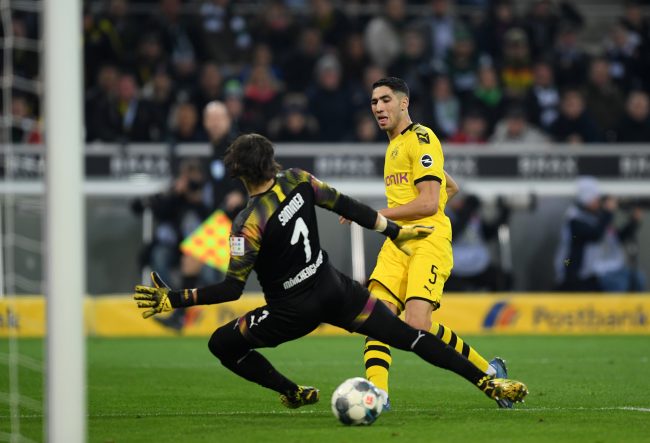 The battle of the Borussen awaited the top spiel, and it was a fixture that didn’t disappoint. Lucien Favre returned to Borussia-Park and he brought with him a team that knew victory would propel them into second place.

Saturday night is the top billing, a game that should define the Matchday and these two sides offered that up from the first whistle. A blistering start from Gladbach almost resulted in the first goal within minutes, but Roman Bürki was equal to Stefan Lainer’s effort.

It was to be a telling stop, as with less than 10 minutes played the visitors took the lead through a slice of fortune. Erling Haaland was alive to a wayward defensive ball and he picked out ex-Gladbach player Thorgan Hazard.

The Belgian looked to have overplayed the ball, but a smart turn inside the box left his old teammates flatfooted and the now Dortmund player rifled a shot past Yann Sommer.

Amassed in the far corner of the stadium the visiting fans taunted their guests with a rendition of Gladbach’s famous torhymne, a perfect start for Dortmund who have looked solid overall since the end of the winterpause.

Marco Rose would have been pleased with his side’s response, instead of dwelling on the goal they immediately looked to equalize. As the half ended it was Gladbach who had the better opportunities, Alassane Plea brought out the best of Bürki and Ramy Bensebaini rattled the frame of the goal, this fixture was by no means out of their grasp.

Lars Stindl leveled the scoreline with only five second-half minutes on the clock, a piece of quick thinking fooled Bürki from close range, it was the very least the hosts deserved and the atmosphere inside the stadium clicked over another notch.

That was some save by Sommer to keep the scores level. On comes Sancho, can he pick the Gladbach lock? #BMGBVB

Sommer then made a save that should be talked about for seasons to come, pulling off a wonderful one-armed low stop, Dortmund could smell a second.

Favre sensed a goal was close, the Swiss tactician introduced Jadon Sancho from the bench–rested with one eye on a midweek visit to Paris, the Englishman showed his worth inside five minutes.

Spotting a through ball to Achraf Hakimi, the teenager threaded the needle to the wingback, it cried ‘attack me’, and that is exactly what the Spaniard did. Driving towards Sommer he then slipped the ball past the Gladbach ‘keeper into the far corner.

Sancho had shown his worth and Hakimi his attacking qualities, Saturday’s big game had delivered again. Gladbach refused to give up and pressed for an equalizer, they should have had one moments later but Breel Embolo fluffed his lines when the goal looked harder to miss than score.

Dortmund held on, a vital victory took them to within one point of Bayern, and in the tunnel, you could see what it meant to the players–they celebrated the win like a cup final. Title fight on? The response in the changing room from the Yellow Blacks certainly sounded like that.