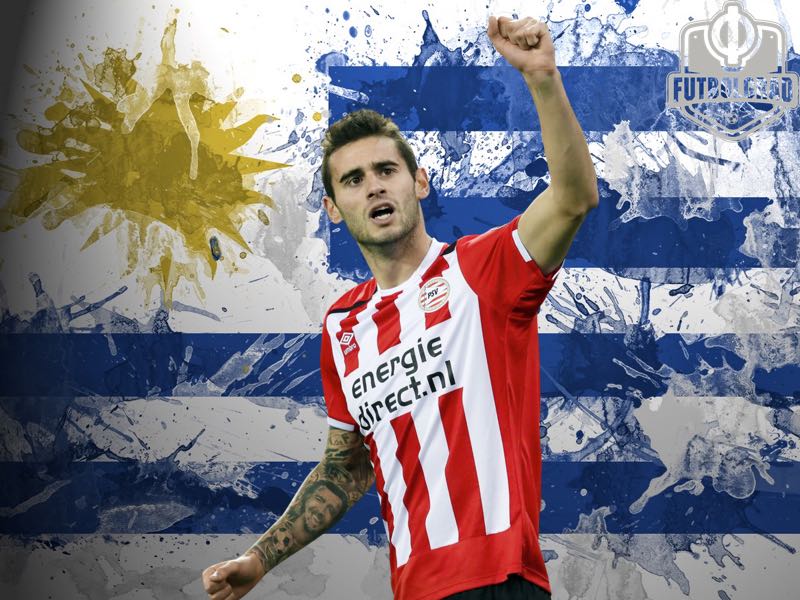 The Curious Case of Gastón Pereiro

It has been over three months since the Uruguayan playmaker Gastón Pereiro was named in the first eleven of PSV Eindhoven and he has only played two full 90 minutes for his side this season. Head coach Phillip Cocu seems to have put his confidence in other youngsters Bart Ramselaar (21) and Mauro Júnior (18) for the rest of the season. A development not to the liking of Pereiro at all, who wants to be a part of the Uruguayan World Cup-squad participating in Russia next summer.

Pereiro arrived in the summer of 2015 from Uruguayan giants Nacional. With the fee rumoured to be around €7 million, he earned himself a place in the top-25 most expensive incoming transfers of the Eredivisie.  Subject to a new culture, new surroundings and high expectations amongst the fans, the youngster adapted remarkably well to life in Holland.

Pereiro – What is his best position?

In his first season at the club, he scored eleven goals and provided three assists. The impact was made mostly as a substitute player coming off the bench to great effect. Moreover, in what was and is supposedly his best game to date in the Eredivisie, he single-handedly led his team to victory at Ajax, in what proved to be a crucial game for the league title they secured that year.

At the club, no one doubts his technical ability, but his recent form has been way below par. During his time in South America Pereiro played largely as an attacking midfielder, as well as finding himself on the right and left wing periodically. Four years on, and there are still huge question marks surrounding his ideal position.

Many are inclined to think his playing style fits the number ten role best, through his sublime ball control, dribbling and composure. As did Cocu, fielding him as an attacking midfielder, alongside Chelsea loanee Marco van Ginkel, in the first few matches of the season. And, although the start was quite promising, the problems soon started. 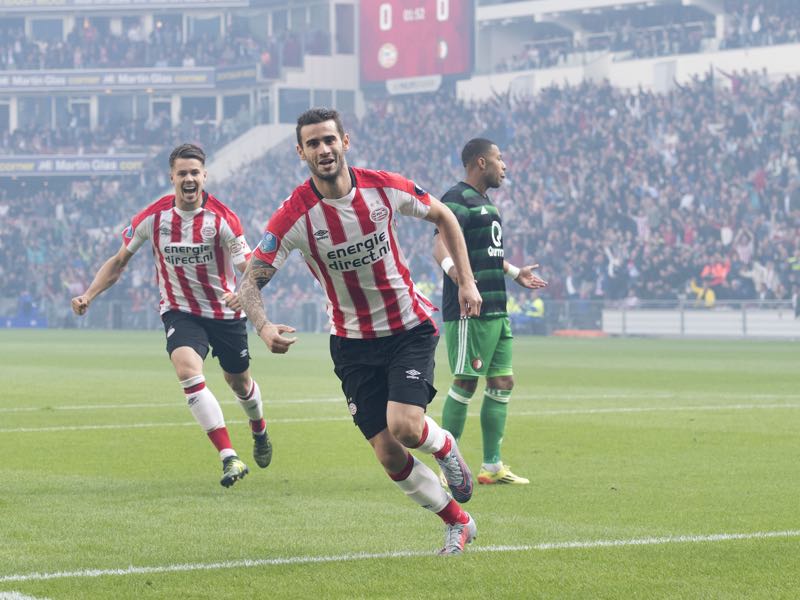 Gaston Pereiro is outstanding at times, but he does not always seem a perfect fit at PSV. (OLAF KRAAK/AFP/Getty Images)

In PSV’s 4-3-3 formation, the fullbacks have an attacking role, which means the midfield needs to cover in counter situations. With one out-and-out defensive midfielder in the form of Jorrit Hendrix, the duo Gastón Pereiro – Van Ginkel turned out to be a tad too offensive.

The Uruguayan’s main problem is his defensive contribution, or the lack thereof. He relies solely on his technique but does not have the same work ethic as other members of the squad. He has thus far attempted two tackles per 90 minutes in the Eredivisie (of which only 44% was successful). Compared to his main competitors Mauro Júnior (7.5; 66%) and Bart Ramselaar (2.7; 59%), and also offensive-minded midfielders, it is merely a sign of one of his shortcomings.

Pereiro might be even more suited for a false 9-role, freeing him from a large part of his defensive duties. But PSV will not adapt the system to a player; the player needs to change to the system. As Pereiro is still only 22 years of age, there remains plenty of time to adapt. However, a change of environment might do him good. The 2018 World Cup does seem to come to fast for the young playmaker. Oscar Tabárez, the Uruguay coach, has said he takes Pereiro in consideration for the final squad once he manages to play regular minutes. Based on the recent string of games, Tabárez has no reason to trust him in terms of consistency and defensive output.