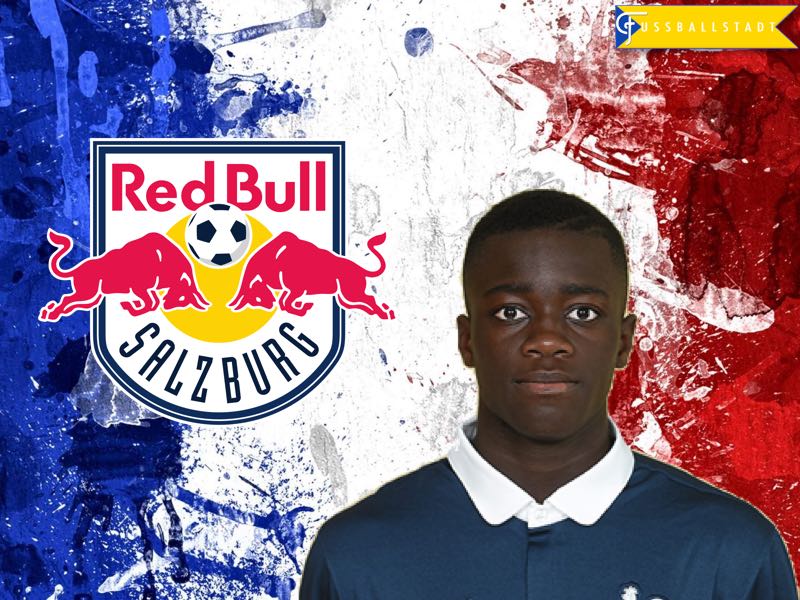 The scouts had collected en masse at the Red-Bull-Arena in Salzburg to visit the matchday 6 UEFA Europa League group stage encounter between Red Bull Salzburg, and FC Schalke 04. But, while both clubs have an array of talent available to them, many scouts came to see a man who would not feature in the game: Salzburg’s 18-year-old French defender Dayotchanculle (or short Dayot) Upamecano.

The 185cm tall French youth international was signed by Red Bull Salzburg from Valencienne in July 2015 for €2.2 million, and then was sent on loan to RB Salzburg’s farm team FC Liefering for the 2015-16 season.

At FC Liefering, a club that plays plays in Austria’s second division, the Erste Liga, Upamecano played 16 games as a 16-year-old last season. In fact, Upamecano debuted, as a 17-year-old for RB Salzburg in both the Austrian Bundesliga, and the Europa League this season. After his debut in the Europa League, head coach Óscar García pointed out: “For a 17-year-old he, plays with such composure and he is really strong.”

Upamecano has been compared with Mats Hummels

France’s U-19 coach Jean-Claude Giuntini, meanwhile, pointed out, “Dayot’s development has been lightning quick in the last two years, combining great ability with an exemplary spirit. There are still areas where he can improve, but he has proved himself a key player in our squad with actions rather than words.”

Salzburg’s sporting director, Christoph Freund, meanwhile, pointed out, “Dayot chose us despite offers from Europe’s top clubs. He has enormous potential. We are convinced he will show what he can do.”

Indeed, Freund has a point, for Europe’s top clubs remain interested in signing the young defender whose play is compared to that of Mats Hummels. Recently, FC Barcelona have been rumoured to be considering signing Upamecano.

But his path is likely to lead him to East Germany, more precisely to Leipzig. The interconnection between the different Red Bull football club franchises has already been outlined in the Bernardo story in which Red Bull Brasil developed Bernardo, he then moved to Red Bull Salzburg, and finally to proceeded to RB Leipzig in the summer (more on that here).

The linkage between the different Red Bull clubs has often been criticized, and could also develop into a serious problem for RB Leipzig when it comes to gaining entry into UEFA competitions next season.

In terms of youth development, however, it is a brilliant system, as it allows RB Leipzig to test players in the competitive Austrian Bundesliga before potentially moving them to the German Bundesliga. In the case of Upamecano, this has meant that they were able to sign a young promising defender because, unlike any other major club, they could promise him playing time.

Red Bull’s infrastructure also provides a perfect environment for young players to develop their skills. Finally, RB Leipzig’s philosophy of focusing on young players who can play the fast pace high pressure system, means that they need to develop players from within who can function in this playing style.

Upamecano definitely fits the RB Leipzig model, as the defender shows aggressiveness with the ball, without making reckless plays. He also has good anticipation, and is composed on the ball, which means he can dribble out of tight spots. But most importantly, Upamecano knows how to play the first ball, which in a world where defenders are like playmakers, has become an invaluable skill.

With this in mind it will be likely that we will see Upamecano at Leipzig in the near future, especially as die Roten Bullen are considered short in the defensive department.