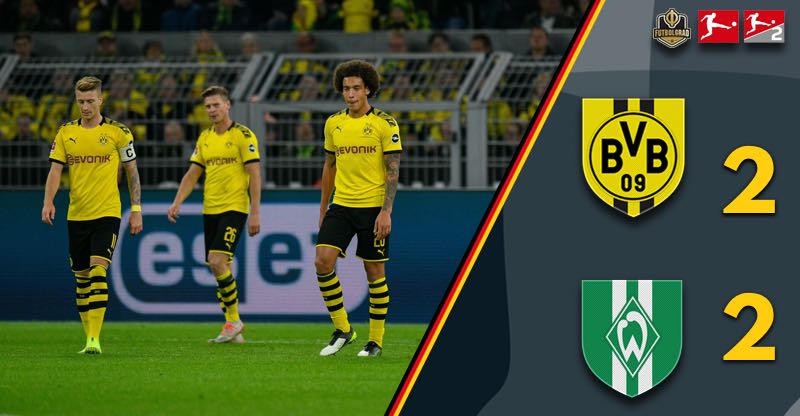 Borussia Dortmund started the game like every game. The Black and Yellows had all the possession but then easily gave the ball away in the 7th minute, allowing Milot Rashica to score on a breakaway. Dortmund, however, and just four minutes later Mario Götze found the equalizer thanks to a beautiful cross by Lukasz Piszczek.

Back at square one Dortmund continued to control the game but were stuck in detail, looking for that extra pass rather than the play that would unlock Werder. Finally, in the 41st minute, Marco Reus found the key to unlock Bremen’s defensive door. A low cross from the right found Dortmund’s number 11 unmarked in the box and Reus scored with a beautiful header that beat Jiri Pavlenka at the far post. Mahmoud Dahoud could have sealed it just before halftime when he went one-v-one with Pavlenka, who managed to deflect the shot over the bar.

A goal down Werder Bremen started as the more proactive team into the second half and in the 55th minute found the equalizer. Unmarked inside the box after a corner Marco Friedl beat Roman Bürki with a short-range header. Once again Dortmund were back at square one, forcing them into their high possession game against a sturdy Werder backline.

It took until the 70th minute for Dortmund to produce their next big chance. Achraf Hakimi cut in from the right, forcing Pavlenka into a low diving save, Jadon Sancho jumped on the rebound but missed the target. Then in the 75th minute, Paco Alcacer, who had just come on for Götze, missed a tap-in opportunity. Dortmund were now pressing further up the pitch, especially after Julian Brandt had come on for Dahoud. The changes, however, failed to bring the necessary impetus as Dortmund dropped another two points in the title race. 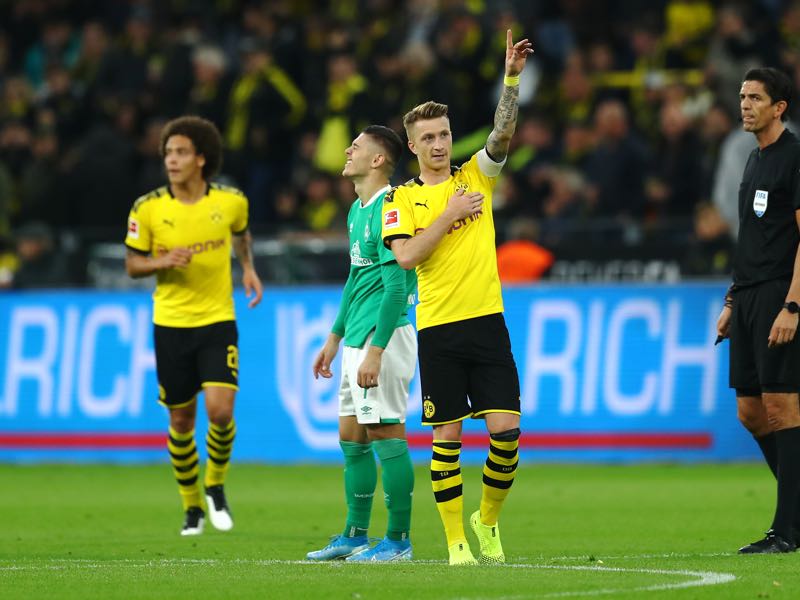 Marco Reus not only scored with a beautiful header but was also one of the hardest-working players in Black and Yellow tonight. At times, however, he almost seemed frustrated with the fact that he runs into the open space were not met with more support by his teammates.

Left-midfielder Marco Friedl was one of the hardest-working players on the pitch on Saturday. Working feverishly he completely took out Thorgan Hazard of the game. Furthermore, his header in the 55th brought Bremen level for a second time.

Another two points dropped by Borussia Dortmund will be a major disappointment, especially given that it was once again from a leading position. Dortmund are now only seventh with 11 points from six games, three points behind leaders Bayern.