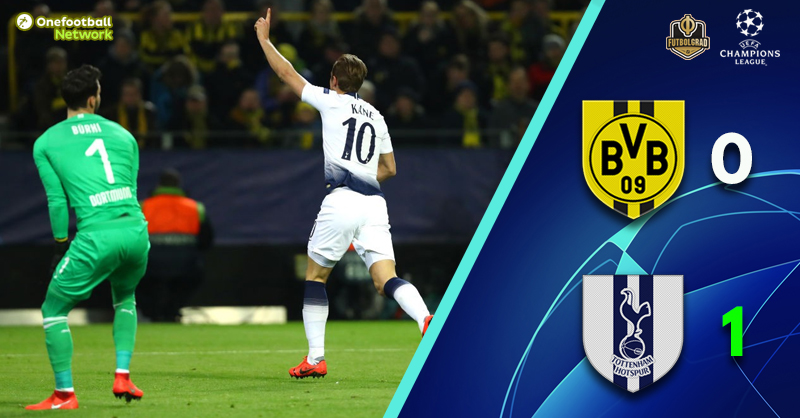 Dortmund v Tottenham kicked off massively favouring the English visitors, who went into the match carrying a big 3-0 lead. But there would be no miracle at the Westfalenstadion as Tottenham stuck to their game plan and saw Dortmund off in a tie that was over after the first 90 minutes.

Knowing that they needed an early goal, Dortmund started this match pressing up high up the pitch. Tottenham sat deep, knowing full well that they could afford to pick off Dortmund on the counter. The Black and Yellows, in turn, struggled to find a way through a dense Spurs’ defence.

Nonetheless, Dortmund managed to create some chances. Marco Reus had the ball picked off his foot by Jan Verthongen after going through in the 7′, and Paco Alcacer missed the target in the 15′ after breaking away from Tottenham’s Davinson Sanchez and Reus, in the 20′, tested Hugo Lloris with a shot from the edge of the box.

Also, the high press by the Black and Yellows were in danger of falling to a counter that would have ended the match in the blink of an eye. That moment almost arrived in the 31′ with Heung-Min Son breaking away and with only Roman Bürki to beat managed to put the shot wide to let Dortmund off the hook.

Dortmund reacted almost furiously to that chance. A series of corners between the 30′ and 34′ minute saw Julian Weigl test Lloris from up close, Reus had a shot go over the crossbar, and Mario Götze once again tested Lloris with a wonderful curled effort from the edge of the box. Finally, Jadon Sancho saw a shot punched away after going one-v-one with Lloris in the 37′ minute. Miraculously, Tottenham hung on and managed to take a vital 0-0 draw into halftime.

Then within three minutes of the second half, the tie was over. Dortmund were caught up to high the field, and Moussa Sissoko picked out Harry Kane’s run, and with the striker going one-v-one with Bürki the goal was guaranteed as Kane executed the Black and Yellow’s Champions League campaign with a shot from the edge of the box.

That goal killed the tie and although Dortmund remained the dominant side the edge was gone. Dortmund, however, had chances to make the overall look more favourable for the Black and Yellows. In the 77′ minute, Christian Pulisic was left wide open in the box, but his header after a wonderful Thomas Delaney cross hit the top of the crossbar.

For Tottenham, it was a brilliant away performance and almost completely shut out Dortmund for the last 15 minutes. Only once, Paco Alcacer in the 90′ minute, was Tottenham’s backline truly challenged but Lloris was once again excellent to see off the shot.

Hugo Lloris was the man of the match. The French national team goalkeeper was fantastic in the first half keeping Borussia Dortmund off the scoresheet during a time in which the Black and Yellows were pressing for the opening goal. Tottenham going into the second half still tied 0-0 was largely his doing and ultimately paved the way for Spurs to advance. 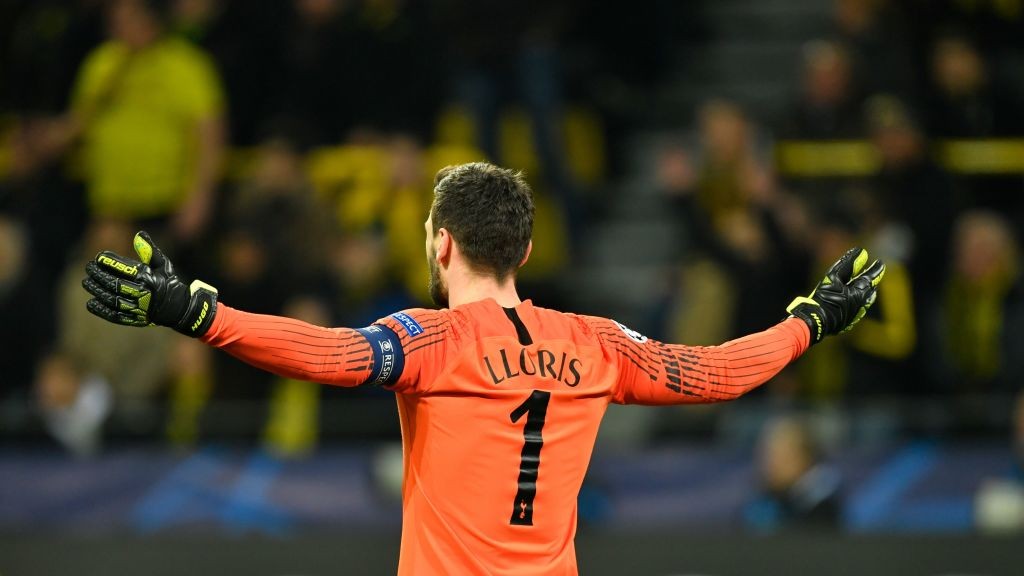 The match was over when Harry Kane put away the goal in the 48′ minute. But with Dortmund struggling in recent weeks it was almost not about whether the Black and Yellows could overcome the result but whether they could finally produce a positive performance. Dortmund definitely did that in the first 45 minutes when they played well but failed to be clinical with their chances. In the second half, Dortmund took the foot off the pedal after Kane scored, with the attention seemingly moving to the Stuttgart game in which Dortmund want to return to winning ways.