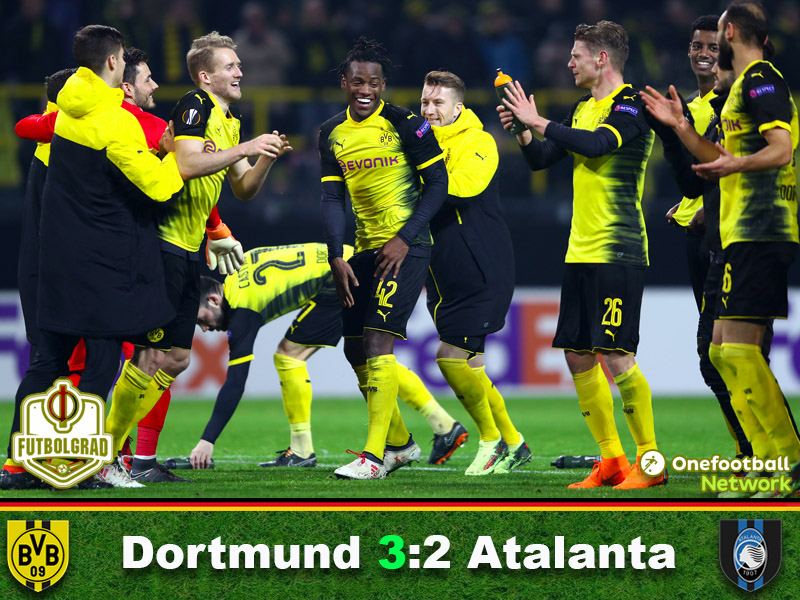 After a bitterly disappointing Champions League campaign, Dortmund vs Atalanta should have been an occasion for Peter Stöger’s side to right the wrongs of last autumn’s European woes. Instead the Schwarz-Gelben were left rocked by their Italian visitors – however, up stepped Michy Batshuayi to tip the balance in favour of the Bundesliga side.

It was a game that started at a frenetic pace, it never slowed down. With chances aplenty in the first opening moments for both sides it was Atalanta who should have broken the deadlock on 13 minutes – Mattia Caldara could only steer his head onto part of the ball, full connection would have seen the net bulge.  In an end to end game it was the hosts who then had the chance to take the lead – André Schürrle – reinvigorated under Dortmund’s new head coach – saw his deflected shot just clip the edge of the post. Atalanta’s Etrit Berisha was routed to the spot, Schürrle was millimetres from sending the Südtribüne wild.

Michy Batshuayi – a revelation since his arrival from Chelsea on transfer deadline day – was the next Dortmund player to go close. First the forward skipped through three defenders on the edge of the box before unleashing a shot, unfortunately for the Yellow and Blacks it was straight at Berisha – if the Belgian had just raised his head then Christian Pulisic was open to his right. Moments later and Batshuayi was involved in the action again, his excellent hold up play allowing Reus to find space and then cross the ball into Pulisic. The American just went to early and the resulting cross found his back foot, unable to steer the ball goal-ward – looking to the sky he knew he should have done better.

As the half-hour mark approached it was Dortmund who looked the most likely to break the deadlock, as the clock reached 30 that is exactly what they did. Batshuayi stole the ball in the middle of the park, laying a simple ball to Piszczek who in turn whipped a beautiful cross into the box – André Schürrle was on hand to pull the cross out of the air and poke the chance home. It was a brilliant team goal by Dortmund.

Gian Piero Gasperini must have fired his players up during the break as the Italian side came out of for the second half full of hunger. Atalanta had been a danger throughout the first half and they were about to show their hosts just how dangerous they could be. Josip Iličić stunned the majority inside the Westfalenstadion as the Slovenian turned the tie on its head with two goals inside five minutes. Dortmund have been guilty of defensive problems this season and once again that trait reared its head. Jeremy Toljan gifted the visitors a goal with some lackadaisical marking, luckily for the defender he was about to be bailed out by his teammate further up the pitch.

As a few groans began to rise from the stands it was Michy Batshuayi who came to the rescue. With a wicked shot from distance the Belgian levelled the score in the 65th minute before – deep into added time – he found space in the box. Under pressure, the forward managed to free himself – substitute Mario Göze fizzed the ball into him and the forward spun and fired the winner home. It was his fifth goal in three games, a remarkable start to his time at Dortmund.

Dortmund vs Atalanta – Man of the Match: Michy Batshuayi

Once again it is the Belgian who takes the Futbolgrad Network man of the match. His strength was on show from the very start – almost creating an early goal with his excellent hold-up play he then rescued Dortmund from despair by hitting two second-half goals to send the Schwarz-Gelben to Atalanta with an aggregate lead. 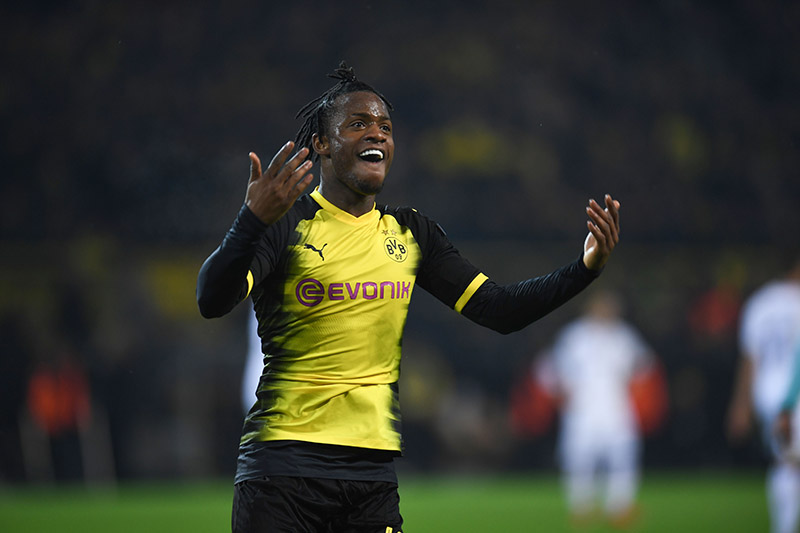 Dortmund were on the receiving end of two quick goals before two of their own rescued the tie. Josip Iličić left those in the Westfalenstadion gobsmacked before new hero Michy Batshuayi restored the smiles with two excellently well-taken goals.