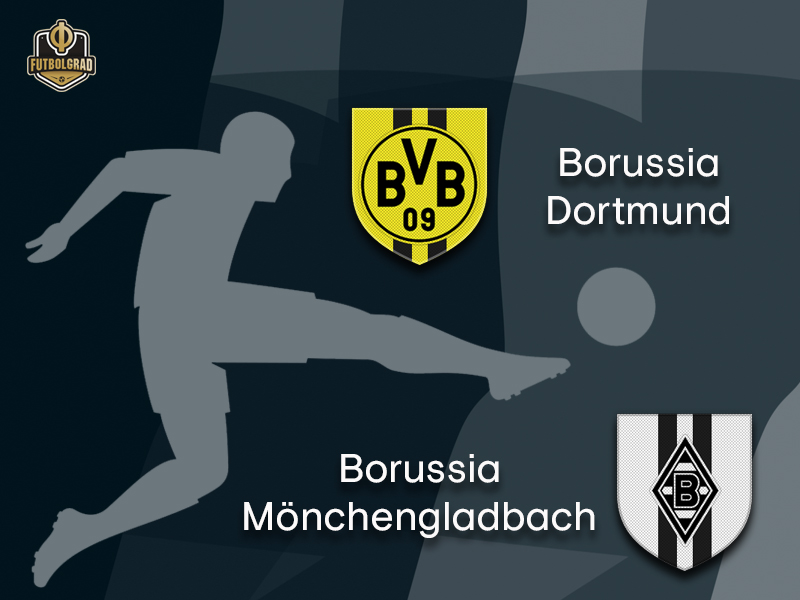 Dortmund vs Gladbach – Welcome to the battle of the Borussias

Nothing worked for Dortmund on Tuesday night. The Black and Yellows were unable to dissect a tightly woven Fortuna Düsseldorf side, which in turn managed to upset the apple-cart to score two goals. In the end, Dortmund suffered their first defeat of the Bundesliga against a team that is among the favourites to be relegated at the end of the season.

On top of that head coach Lucien Favre also lost defenders Manuel Akanji and Abdou Diallo to injuries. Furthermore, defender Dan-Axel Zagadou is also still struggling with a deep bruise on his foot that he suffered in the match against Freiburg. “I am a bit worried,” Roman Bürki commented on Borussia Dortmund’s injury problems in defence. With Ömer Toprak Dortmund have just one healthy defender left and the Turkish national team player has played just 100 minutes this season.

As a result, head coach Lucien Favre will nominate U-23 defender Amos Pieper for the match against Gladbach. The 20-year-old had to be called back from holiday as Dortmund’s reserve side is already in the winter break. Whether he will start is unlikely, however, as Favre is more likely to move either Thomas Delaney from midfield to the back or, alternatively, wing-back Lukasz Piszczek to the centre. “We will come up with something,” the director of the licence player department Sebastian Kehl told the media after the Fortuna game.

Dortmund will certainly have to come up with something against Germany’s other Borussia. Borussia Mönchengladbach got their job done midweek against Nürnberg beating the Club 2-0 at home. Once again Alassane Plea and Thorgan Hazard were the match winners with both scoring fantastic goals to seal the deal for Gladbach.

But it is not just Gladbach’s offence Dortmund have to worry about. The Foals have already managed seven clean sheets this season, which the club has not managed over a full season since the 1970s. “For the defence and the keeper it is great not to concede,” Yann Sommer told the media during the week.

More defensive stability may, in fact, be the biggest reason for Gladbach’s success this season. The Foals conceded 52 goals last season, 1.53 goals on average, the second most after Hamburg. This year Borussia Mönchengladbach have on average just conceded 1.00 goals per game. “We defend very well, concentrated and engaged,” Hecking explained.

It is an interesting aspect given that Gladbach play in a more attacking formation. Hecking made a big tactical switch from 4-4-2 to 4-3-3 in the summer but despite a more attacking mindset have stabilised the defence as well. Whether that defensive mindset will work against Dortmund, however, remains to be seen.

Just six points separate the two sides in the table. But what combines are worries in defence ahead of this game. Centreback Nico Elvedi had to be taken off with a cut over his eye in the match against Nürnberg, and his start against Dortmund is in the balance. With Matthias Ginter and Tony Jantschke Gladbach are already missing two centrebacks and would have a tough time replacing Elvedi should he not be able to play.

Even with Elvedi, however, Dortmund’s attack should be an interesting test for this Gladbach side. Dortmund, in the meantime, want to rebound from the Fortuna defeat and head into the winter break with a six-point gap. Hence, this should be a fascinating game in which both teams will play expansive football that should aid Dortmund more than Gladbach.

Jadon Sancho is now the most valuable player in the Bundesliga. Worth €70 million according to Transfermarkt the 18-year-old English winger has become a key player for Dortmund. His absence from the starting XI against Düsseldorf was one of the reasons Dortmund struggled to find the goal. After he came on Dortmund were instantly more dangerous as he provided the key pass ahead of Paco Alcacer’s goal.

Alassane Plea has been of fire for the Foals this season. The French forward has scored nine goals and three assists and together with Thorgan Hazard leads the Borussia in goalscoring. Signed from OGC Nice last summer the forward has allowed Dieter Hecking to incorporate the 4-3-3 formation that has been the foundation for Gladbach’s success this season. 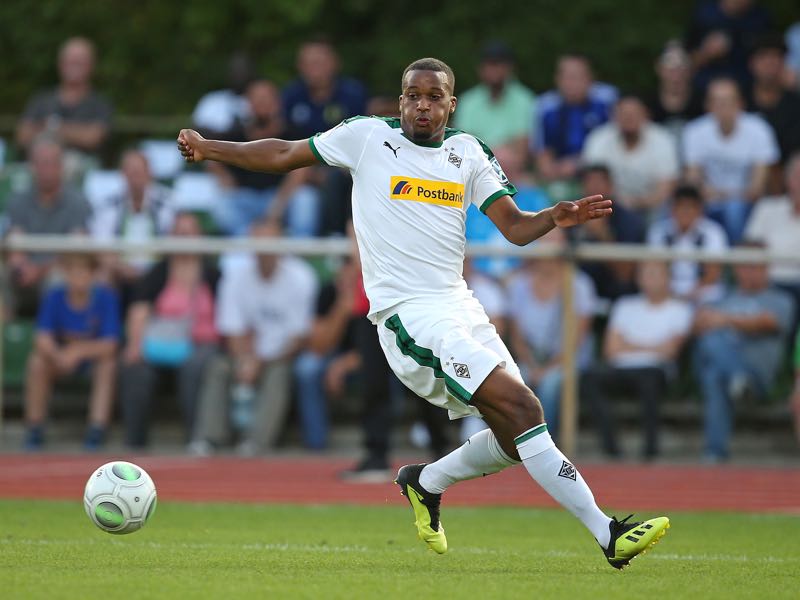