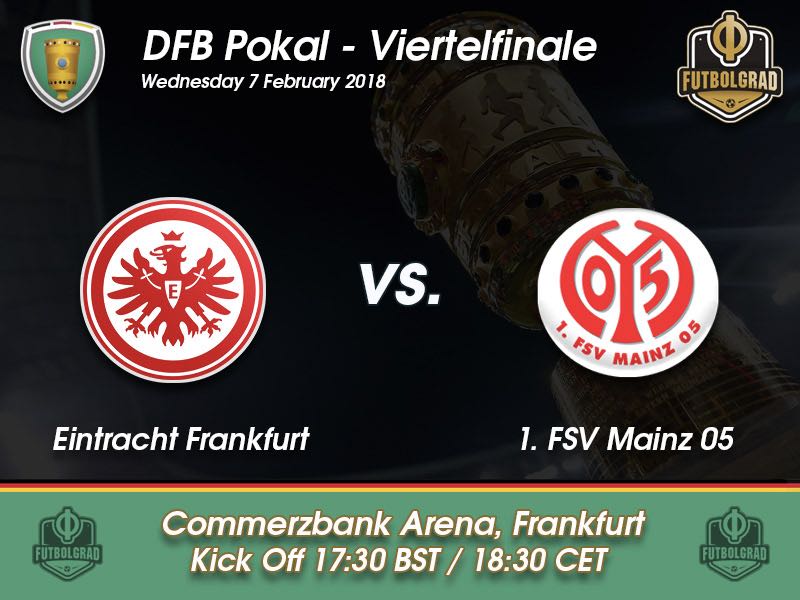 Eintracht Frankfurt vs Mainz will take place at the Commerzbank Arena. (Photo by Alexander Scheuber/Bongarts/Getty Images)

The Rhein-Main Derby between Frankfurt and Mainz should be a fascinating matchup. Although the two cities are located in different Länder—Frankfurt in Hessia and Mainz in Rhineland-Palatinate—they are only separated by about 40 kilometres.

The derby character of this DFB Pokal clash should add an interesting storyline to this Wednesday evening clash. But there are even more reasons to watch this game. Although they lost to Augsburg on Sunday Eintracht Frankfurt, have been one of the most exciting teams to watch this season.

Die Adler’s head coach Niko Kovac has finally found a balance between aggression and technical ability. Playing in a high tempo, Frankfurt like to wear down the opposition, and at times it appears that his players fly into tackles. The problem with this style of play is of course that it also comes with plenty of bookings and injuries.

This was indeed the case last season where Frankfurt started phenomenally but then succumbed to a red card and injury crisis finishing the season in mid-table. In the Pokal, however, Frankfurt reached the final where they would eventually lose to Borussia Dortmund.

One year on there seems to be a better balance to this side. The likes of Sebastien Haller, Luka Jović, Jonathan de Guzmán, Gelson Fernandes, Jetro Willems and Kevin-Prince Boateng have added more depth and experience to this side. Boateng, in particular, is a symbol of the new Frankfurt. An aggressive leader Boateng has toned down his behaviour on the pitch significantly without using his explosive temperament that makes him a feared opponent.

Mainz in the meantime have struggled for most of this season and are now 16th, which would mean the side would be part of the relegation playoffs at the end of the season. As a result of the impending relegation dogfight, the club added experienced Dutch midfielder Nigel de Jong and striker Anthony Ujah to the squad. Both were rested on the weekend against Bayern München and are expected to be in this side.

De Jong, in particular, is supposed to bring stability to a Mainz side that will be busy with fighting relegation until the end of the season. A positive result in the derby could go a long way to give Mainz a much-needed impetus in the fight against relegation. Frankfurt, however, seem too strong at the moment and will likely make the next step to return to the DFB Pokal final for the second season in a row.

Eintracht Frankfurt vs Mainz – Players to look out for:

Marco Fabian is finally back. The Mexican magician made his return for Eintracht Frankfurt in the 3-0 defeat to Augsburg on Sunday. Playing 23 minutes, Fabian can certainly add something special to this side even if a heavy defeat overshadowed his appearance on Sunday. An old-school playmaker Fabian went out with a nasty back injury last season and although he played the Confederations Cup struggled previous summer as well. An operation in Houston at a specialist seems to have fixed the problem for now, and with the Mexican gaining back his form he will now add even more depth to an already strong Eintracht midfield.

Marco Fabian is likely to start for Frankfurt for the first time since going down with an injury. (Photo by Alexander Scheuber/Bongarts/Getty Images)

Brought back to the Bundesliga from China Anthony Ujah is expected to be rotated into the side by Mainz head coach Sandro Schwarz. The Nigerian forward has the experience of 78 Bundesliga games in which he scored 23 goals and will bring some much-needed depth to Mainz’s forward line that has struggled to find goals this season. With the Chinese Super League operating on a spring to fall calendar basis, Ujah has not played regular football since November and will, therefore, take some time until he finds match fitness. 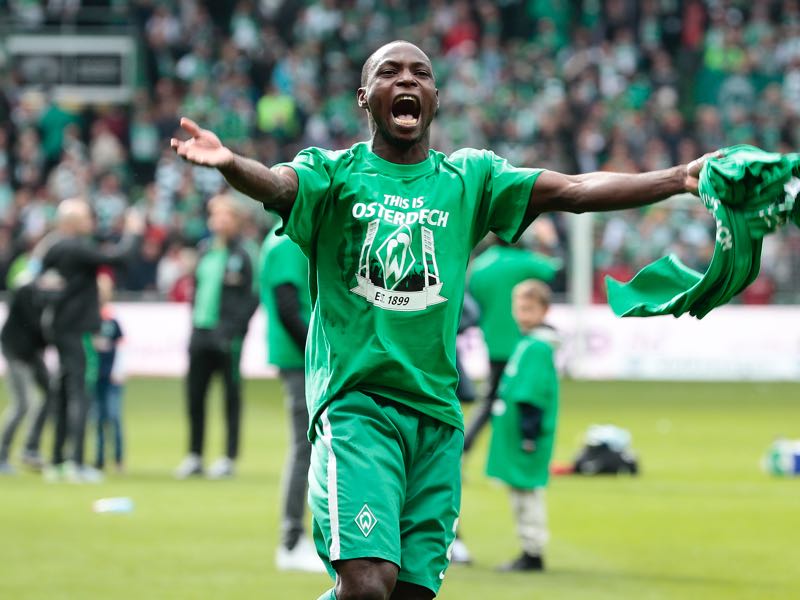 Anthony Utah is expected to make his first start for Mainz since returning from China. (Photo by Oliver Hardt/Bongarts/Getty Images)