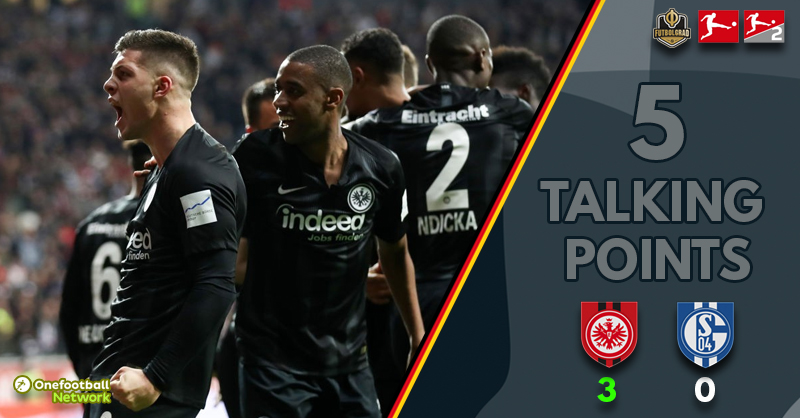 Eintracht keep soaring, Schalke rooted to the spot – Thoughts from Eintracht vs Schalke

Commerzbank-Arena – Eintracht Frankfurt vs Schalke ended 3-0, which means the Eagles move back into the Bundesliga top four. Luka Jovic bagged a brace, and Sebastien Haller finished off the job in an ultimately convincing display which leaves the visitors dangerously close to the relegation zone.

Here are five talking points from Eintracht Frankfurt vs Schalke

Adi Hütter started with the front three of Ante Rebic, Luka Jovic and Sebastien Haller for the second straight Bundesliga match and it didn’t take them long to get involved. They combined in the opening minutes with Haller going down in the box but no penalty awarded.

Rebic started the match strong, winning tackles and driving Frankfurt forward and was close to getting on the end of two opportunities created by Haller. Both teams went into half-time without a shot on target, but it wouldn’t take long for Eintracht’s front three to make their mark after the break.

Rebic broke free on a fast break, attracting defenders before finding Jovic who stepped past Benjamin Stambouli and unleashed an unstoppable left-footed effort past Ralf Fährmann. A Haller flick-on saw Rebic beat Sane before a shot from a tight angle hit the post.

Rebic beat Sane again not long after but couldn’t find Haller, however it would soon be 2-0. Rebic released Kostic who had too much pace for Stambouli, crossing to Jovic who smashed it home from the penalty spot to make it 2-0.

Rebic then robbed Nastasic, winning a corner from which Eintracht made it 3-0 after a scramble in the box saw Haller fire into the roof of the net from close range. Haller could have made it 4-0 with a shot over the bar, but the damage was well and truly done.

Schalke did well to keep Jovic, Rebic and Haller quiet for as long as they did, but in the end, their link-up play, relentless pressure and quality shone through.

Eintracht too good man for man

Both teams lined up with similar formations, a back three and front two with the link up men being Ante Rebic and Mark Uth. Uth tried hard in the first half, making dangerous forward runs without reward after half-time before injuring his hamstring and going off injured in the 54th minute. As mentioned above, Rebic was heavily involved in all three goals and a key player in the victory. 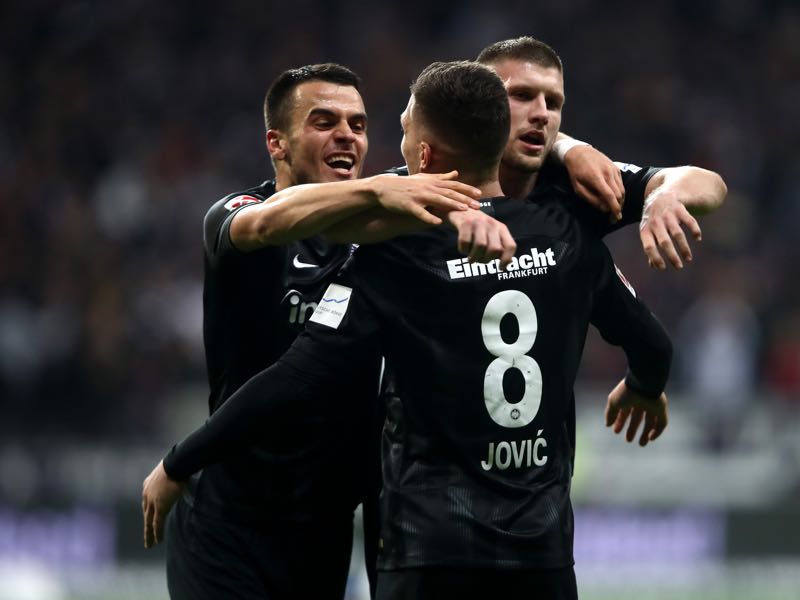 Danny da Costa had an excellent first half that kept Alessandro Schöpf on the back foot, the same could be said on the opposite flank with Daniel Caligiuri largely nullified by the threat of Filip Kostic. Caligiuri is often one of Schalke’s best-attacking outlets but he wasn’t able to get into the game, Eintracht’s wing-backs too strong and a large reason the home side were able to control the contest.

Makoto Hasebe was impressive throughout, calm on the ball, reading danger well and making a number of key interceptions. Hasebe was far more influential than Salif Sane who had a tough time backtracking against Rebic, particularly in the second half.

Close to a great team, not a good team

Those were the words of Jonathan de Guzman to reporters after the match, a statement that personifies the confidence running throughout the team. It highlights the impressive job Adi Hütter has done since taking over in the summer, especially after the 5-0 drubbing by Bayern München in the Super Cup and the embarrassing exit at the hands of Ulm in the DFB-Pokal first round.

De Guzman is thriving in Hütter’s system and had nothing but praise for the front three, who are now justifiably and widely recognised as one of the best attacks in the Bundesliga. Deservedly in the top four and winning their first four matches in the Europa League, Eintracht are definitely on the way to being a great team.

It was a case of containment for the Royal Blues who had every reason to be cautious at a difficult venue against an in-form team. Content to wait for counter-attacking opportunities, the visitors failed to register a shot on target in the first half and ended the match with just one. It fell to Breel Embolo on a fast break and ironically occurred a minute before Eintracht took the lead.

Yevhen Konoplyanka hit the bar with the score at 2-0, but this match was just another example of Schalke’s struggles this season. Manager Domenico Tedesco admitted his side were second best, saying: “We saw how dangerous they can be in the last 30 minutes. Unfortunately, we could only stop them in the first hour of the game.” 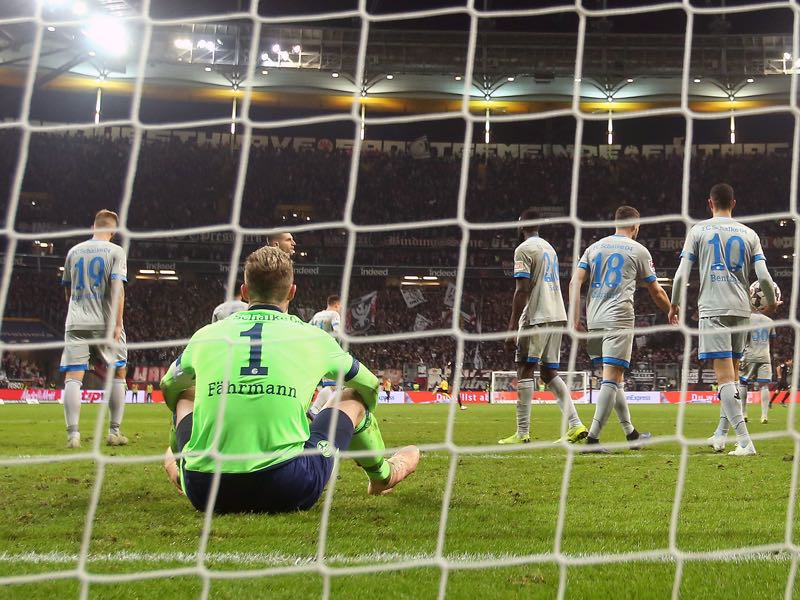 A fortunate penalty shootout victory against Köln in the DFB-Pokal second round was followed by home wins against Hannover and Galatasaray, but that was a smoke screen hiding much larger problems with this team that have been evident for some time and too numerous to list here.

Tedesco’s side have now lost seven of their first 11 Bundesliga games, are just two points clear of Fortuna Düsseldorf and Stuttgart in the automatic relegation spots with the pressure well and truly on.

There is no question in my mind that the top six has been decided after Matchday 11, it’s just a matter of who claims the Champions League positions and who has to settle for the Europa League. Bayer Leverkusen and Schalke need to pull off minor miracles to climb that high, their erratic form thus far giving no suggestion they are capable of turning it around.

Subsequently, the teams currently in the top six would have to fall dramatically in the second half of the season for that to occur. Anything is possible, but I don’t see it happening.