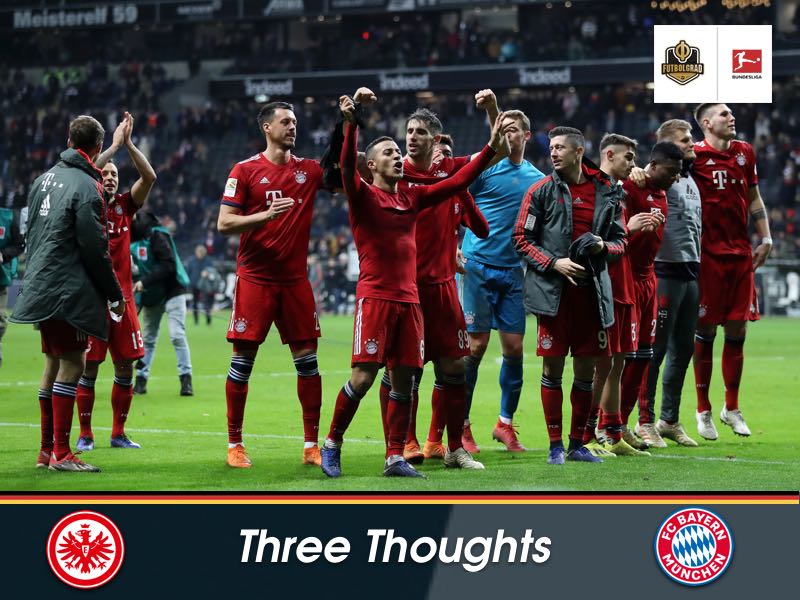 Eintracht v Bayern was a tense affair in which Bayern were the more efficient of the two sides. Scoring three goals, Bayern won a match that was a lot tighter than the final scoreline suggested.

Frank Ribéry once again is the player of the match

“Frank Ribéry has worked hard and done really well in the last few games. Compliments to him. It’s a pity he’s 36,” Bayern head coach Niko Kovac said after the game. Ribéry will not turn 36 until April, but even at 35, he is somewhat proofing critiques wrong that said that the Frenchman was showing signs of age. 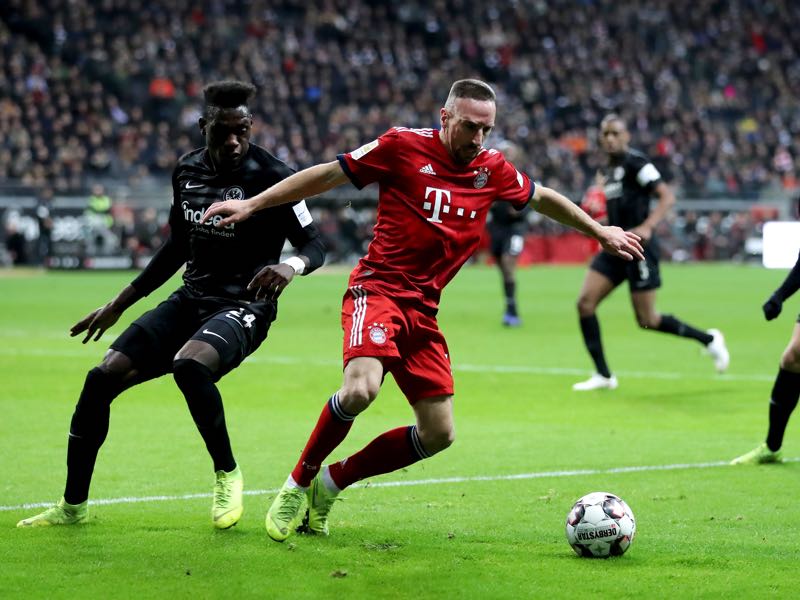 Against Frankfurt, he was certainly the difference maker and the Futbolgrad Network player of the match. On his current form, it is almost hard to imagine that the 35-year-old could retire at the end of the season. The winger not only scored two goals but also had 61 touches and completed 84.6% of his passes.

“I’m going to enjoy to try to enjoy the next five months and try to stay injury free. Then you never know what will happen. Let’s wait and see,” Ribéry said when asked about his future. While his time at Bayern might come to an end, there will be certainly some clubs that will be interested in the services of the then 36-year-old winger.

“I will not talk about transfers. You have to ask Brazzo (sporting director Hasan Salihamidžić). I can only say that he’s a very good player with a bright future ahead of him,” Kovač said when asked about a potential transfer of French wing-back/centre-back Lucas Hernández.

“Hasan and his scouting team are dealing with very interesting names. Whether we will make the moves in the winter or in the summer remains to be seen,” Bayern CEO Karl-Heinz Rummenigge added. Asked on how potential deals for both Hernández and Benjamin Pavard could affect current players like Mats Hummels Rummenigge said that he believes that competition makes players better.

That last statement suggests that both deals are more or less wrapped up. In Pavard’s case, a transfer will likely be completed in the summer. Hernández is a candidate for the winter but could remain at Atlético Madrid until the summer should the Spaniards be willing to lower the exit clause of €80 million.

It was a great victory by Bayern but make no mistake the final scoreline flattered the Bavarian giants. In the first 15 to 20 minutes, in particular, Frankfurt were the better team and perhaps should have taken the lead.

“We need to play to our strengths,” Frankfurt head coach Adi Hütter said before the game. One of those strengths are Frankfurt’s ability to play brave football even against opponents that are better than them on paper. But being the brave of the two sides is not enough against a Bayern side that is slowly but surely regaining its form. The match showed that Frankfurt, despite all their firepower up front, still have to work on their goalscoring efficiency against top sides.

Overall, however, this game was a big improvement from the 5-0 defeat in the DFL Supercup as the game could have gone either way until Ribéry scored the second goal of the match in the 80′ minute. Hence, while the defeat is a setback in the standings for Frankfurt, there is plenty of positives to take away from for the Eagles, who could seriously challenge for a Champions League spot in the second half of the season.