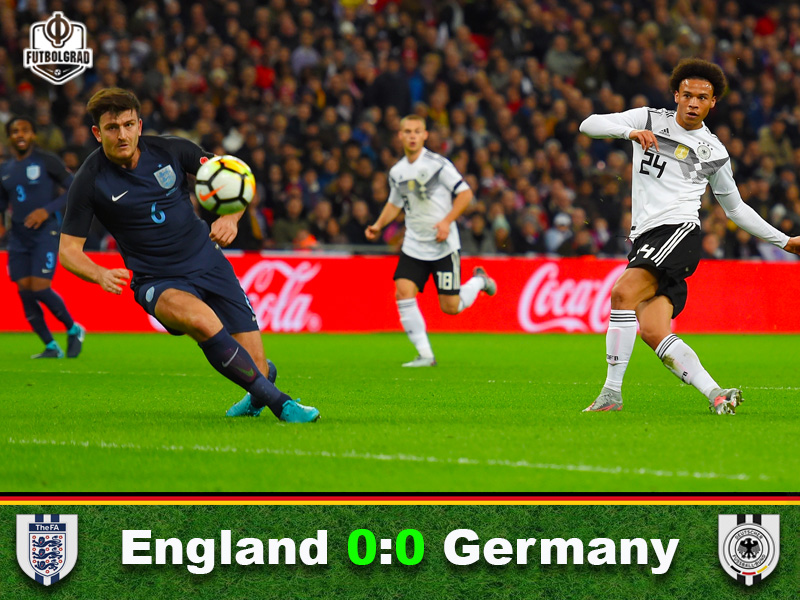 England v Germany started with plenty of promise. But a fantastic first half was followed with a poor display by both teams in the second half.

Both teams started the game with experimental sides with an emphasis on youth. As a result, we had a wide-open game in which Germany had perhaps the better chances early on. Leroy Sané had the first chance of the game in the 21’ when his curled effort rattled on the underside of the bar and stayed in play. Two minutes later Timo Werner, Sané and Julian Draxler broke into the Three Lions’ box in the 23’, and all three failed in quick succession to put the ball past England keeper Jordan Pickford. Then in 38’ Werner was through once again and went one-on-one with Pickford, who did very well to stop Werner’s low drive on net.

Moments later England had their best chance of the game when Swansea’s Tammy Abraham received the ball in the box and saw his deflected shot go just wide of Marc-André ter Stegen’s goal. Then just before halftime Jamie Vardy managed to get past ter Stegen but had his effort cleared by Antonio Rüdiger. In the end, Germany had the advantage of the play in the first half in what was a wide-open game with chances on either end.

The second half started much slower than the first with Germany trying to dominate possession playing the ball around the England penalty box. Nonetheless, it was England with the first excellent chance of the second half with Eric Dier dangerous cross being cleared over the bar by Germany defender Mats Hummels. What followed was twenty minutes of uninspired football with plenty of substitutions on both ends.

The last ten minutes were used for further experiments and with the game heading towards a 0-0 draw either side seemed overly careful about conceding what would be winning goal at this point. Germany then increased the pressure in the dying moments of the game and England had to do well to resist the pressure to hang on to the draw and even had a big chance to win the game after Jessie Lingard missed a wide open goal with the last shot of the game.

Jordan Pickford was the player of the match. The Everton keeper had a poor start to his club career at Everton this season with his team struggling in the English Premier League and the Europa League. But tonight, Pickford was able to regain some much-needed confidence making key stops in the first half to keep England in the game. 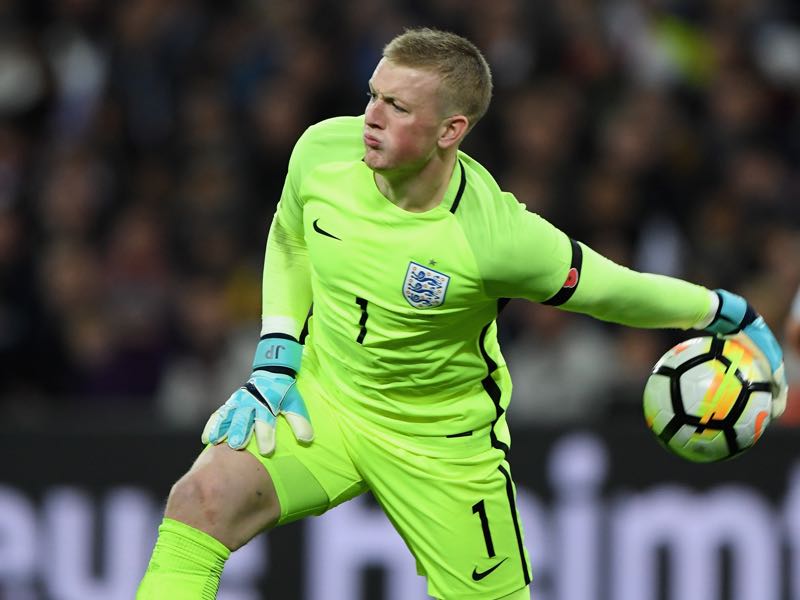 England keeper Pickford was excellent in the first half keeping England in the game. (Photo by Matthias Hangst/Bongarts/Getty Images)

A match that started with plenty of promise slowed down significantly in the second half. Perhaps with big games coming up in national and international club competitions, both sets of players felt that they had to conserve some energy. 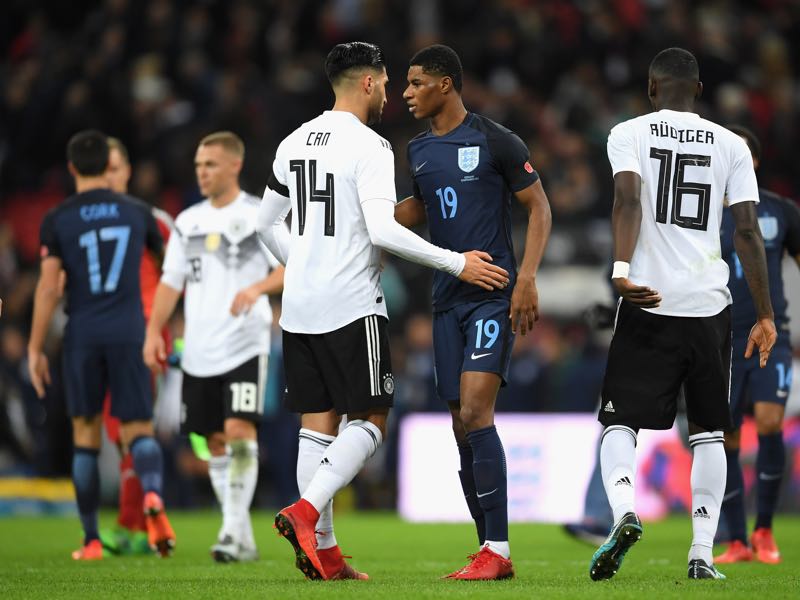 England v Germany started with plenty of promise but fizzled out in the second half. (Photo by Laurence Griffiths/Getty Images)