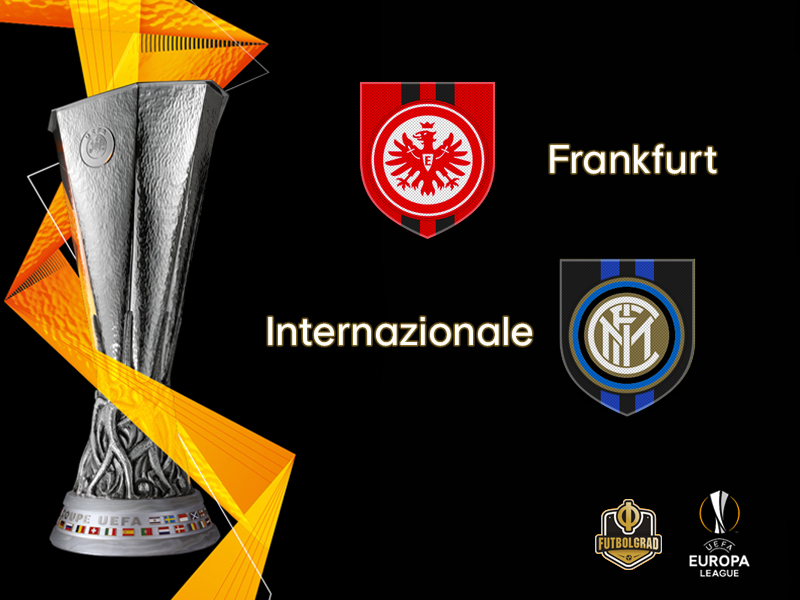 Another magic European night awaits at the Waldstadion in Frankfurt. Those present at the Europa League round of 32 matchup between Eintracht Frankfurt and Shakhtar Donetsk can attest to the power this stadium develops on a European night. The noise, in fact, was almost unbearable at times as the Eintracht fans turned into a 12th-man pushing their side to a 4-1 victory.

The reward is yet another European classic this time against Italian giants Inter Milan. Especially, as Eintracht were once again excellent this weekend. 2-1 down with just a few minutes to go against Hoffenheim the Eagles managed to turn around the match thanks to goals by Sebastien Haller and Gonçalo Paciência.

“We are now unbeaten in nine matches, that makes me proud,” Frankfurt head coach Adi Hütter said after the game. “The will and determination to turn this game around was remarkable,” Hütter added.

That result, not only keeps Eintracht’s ambitions alive to once again qualify for the Europa League but, perhaps, for the UEFA Champions League. “Which competition doesn’t matter, what matters is that I see that every player fights for the chance to qualify,” Hütter concluded.

Those are medium-term dreams, for now, the focus will be on the present, which is the clash against Inter Milan on Thursday. “We have taken the confidence [from this match] to withstand Inter Milan,” sporting director Bruno Hübner told the media. One question mark, however, will be forward Ante Rebić, who complained about knee problems during the match and had to be substituted. Thankfully, for Frankfurt, the return of Paciência from a lengthy injury, who according to Hübner has the “his immense ability to score goals,” Frankfurt have a backup ready should Rebić not make the squad on Thursday.

Inter Milan, in the meantime, travel to Germany with a bag full of problems. The I Nerazzurri started the season in the UEFA Champions League but dropped down to the Europa League after dropping two points to PSV Eindhoven on the final day of the group stage.

Since then Inter have somewhat struggled. Just two wins from the last seven games means that Inter are in danger of dropping out of the Champions League places. Overall, Inter have collected just eight points from seven games in the second half of the season.

Then there is the entire debacle involving former team captain Mauro Icardi. Icardi was stripped of the captaincy in February and then refused to play in the Europa League against Rapid Wien. Officially, Icardi is out with a knee injury but rumour has it that the forward will refuse to play until he is handed back the captaincy and is given an official apology.

It is a complicated matter between Icardi and the club, in which even club officials seem to have lost the thread. The war of the roses, however, has meant that the focus has shifted away from sporting matters, which seems to seriously threaten the club’s goals this season. Meanwhile, Icardi’s wife, and agent, Wanda Nara is continuously feeding the media with rumours that her husband could join the likes of Real Madrid or Juventus in the summer.

Not the best foundation for a difficult clash against an Eintracht Frankfurt side on the up. Nonetheless, most of the dressing room has been unified against Icardi, a scenario that could help I Nerazzurri on the pitch. Because make no mistake even without Icardi Inter have the quality to be dangerous in this competition but as do Frankfurt, which should make this a fascinating matchup.

Frankfurt vs Inter Milan  – Players to look out for:

Forward Sebastien Haller has been on fire in the Europa League this season. Somewhat overshadowed by the prolific Luka Jović, Haller has scored five goals and three assists in seven Europa League games this season and added another 12 goals and nine assists in 24 Bundesliga games. Haller, in fact, might be the most important member of Frankfurt’s fantastic three, the tall striker is both playmaker and executioner up front, with the ability to hold the ball see the better-positioned teammate or play the through ball.

Lautaro Martínez was among the most talked about forwards in Germany last summer. Frankfurt’s league competitor Borussia Dortmund desperately tried to sign the striker. Ultimately, the Black and Yellows, however, were to slow as Martínez had already agreed on personal terms with Internazionale by the time Dortmund came knocking. Martínez had a bit of a slow start, but five goals in 19 Serie A games is not a bad return. The 21-year-old also scored once in two Europa League games for Inter and with the Icardi saga possibly to continue it will be up to Martínez to provide the goals up front. 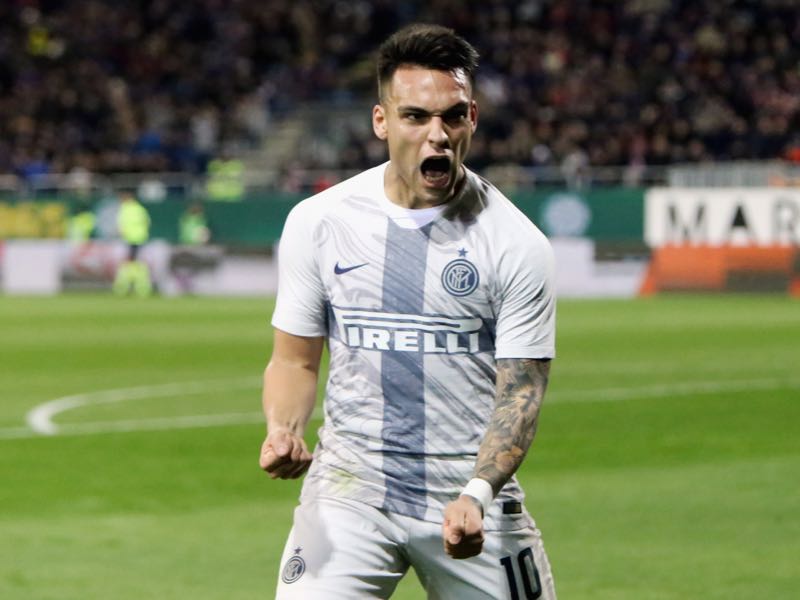 Lautaro Martinez of Inter celebrates his goal 1-1 during the Serie A match between Cagliari and FC Internazionale at Sardegna Arena on March 1, 2019 in Cagliari, Italy. (Photo by Enrico Locci/Getty Images)