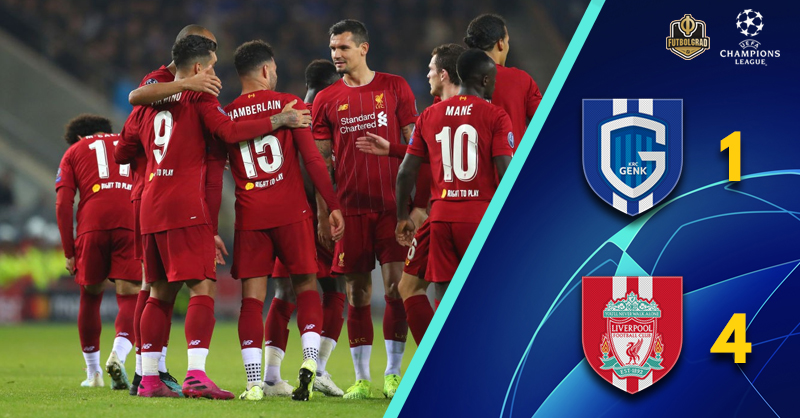 Alex Oxlade-Chamberlain inspired Liverpool to a comfortable victory in Belgium that saw the Reds pick up a win away from home in the Champions League group stage for the first time in two years.

It took Liverpool just 110 seconds to open their account in Genk. Alex Oxlade-Chamberlain’s precision strike from the edge of the area left Gaëtan Coucke a bystander. The Belgian goalkeeper could only watch in slow motion as the ball crept inside his right-hand post.

Jürgen Klopp’s side have been notoriously poor travellers in the Champions League group stages, their last win on the road in this particular part of the competition came over two years ago – a 7-0 rout of NK Maribor in October 2017.

The early goal should have provided a spring-board for the current holders – however, the hosts gave the Reds three real scares. Mbwana Samatta broke through the Liverpool backline on five minutes but could only fire wide, minutes later the Tanzanian striker was denied at the last by a James Milner, Alisson Becker combination.

Liverpool were riding their luck and warning signs went unheeded. With half the first period complete Samatta out jumped Milner at the far post to power home an equalizer – the home crowd went wild but their euphoria didn’t last long. VAR intervened, and after a long delay, the initial cross from Junya Ito was judged to be offside.

Despite some wonderful interplay from Sadio Mané and Roberto Firmino inside the Genk penalty box, the hosts looked comfortable. As the half edged towards its culmination the Blauw-Wit looked the more likely side to score – Samatta causing a number of problems for Liverpool’s second choice defensive unit.

Genk had only lost once in their last 17 European home games – a defeat to Slavia Praha last season, a record they worked hard to keep intact against their headline visitors. A resolute back four was beginning to frustrate Liverpool, no matter how hard the Reds tried they just couldn’t breakthrough – inspiration was needed

The magic spark came from Liverpool’s opening scorer. Oxlade-Chamberlain, alive to possibilities on the edge of the box, signalled for Firmino to lay the ball off. The Brazilian duly obliged and the Reds had their second goal. It was a finish of the highest calibre, the midfielder using the outside of his boot to bend the ball through the tightest of gaps – the bounce of the inside of the crossbar added to the theatre.

It was a goal that all but deflated the hosts and Liverpool could sense it, especially their front three who had been kept quiet until the latter stages of the fixture. All it took was one chance, however, and the combination became deadly for Genk – Sadio Mané finishing off a wonderful move with 13 minutes remaining to edge the Reds nearer to the knockout stages.

The goals weren’t finished, however – Mohamed Salah added a well-taken fourth on 88 minutes before substitute Stephen Odey grabbed a consolation for the hosts sixty seconds later. 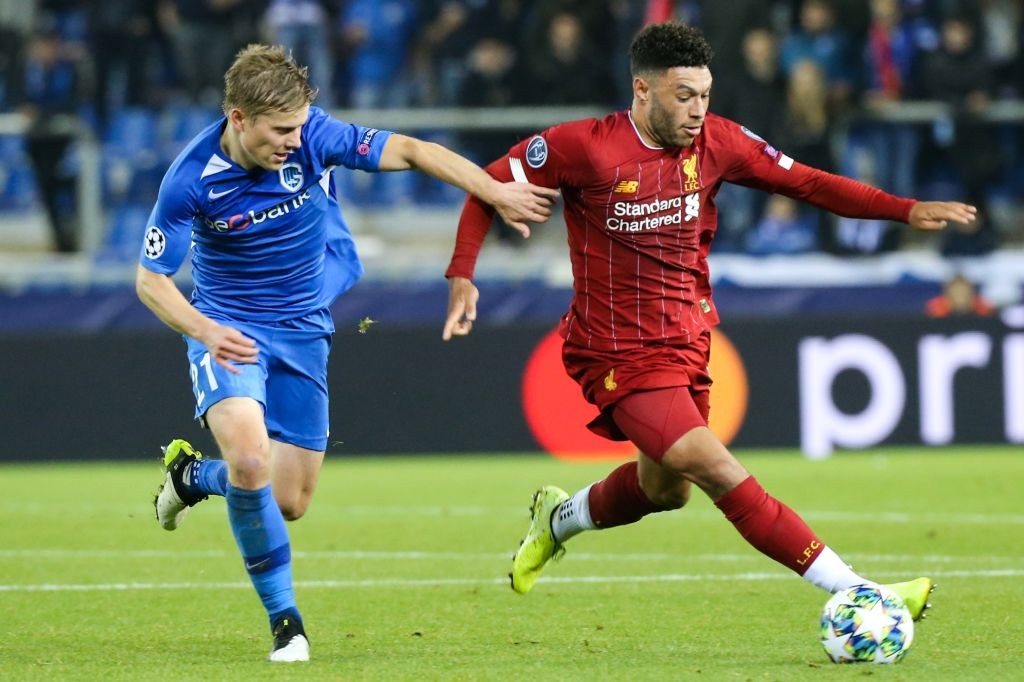 Overcoming a serious injury that precluded him from taking part in a Champions League Final, the road to redemption for the 26-year-old has been a long one. Tonight two strikes of real quality enabled Liverpool to pick up a much-needed victory on their group stage travels.

On another night the Genk forward could have had a hat-trick. His movement and strength caused Liverpool all sorts of problems, especially in the first half. Powerful in the air he will have left a lasting impression on James Milner in particular.

The Brazilian midfielder was the only real defensive option in an unusually attacking Liverpool midfield. His positioning and reading of the game allowed Naby Keïta and Oxlade-Chamberlain the freedom to find space and ultimately – goals.

Liverpool huffed and puffed but eventually blew the Genk house down. It wasn’t a memorable performance but all the history books will show is all that matters – three points gained.