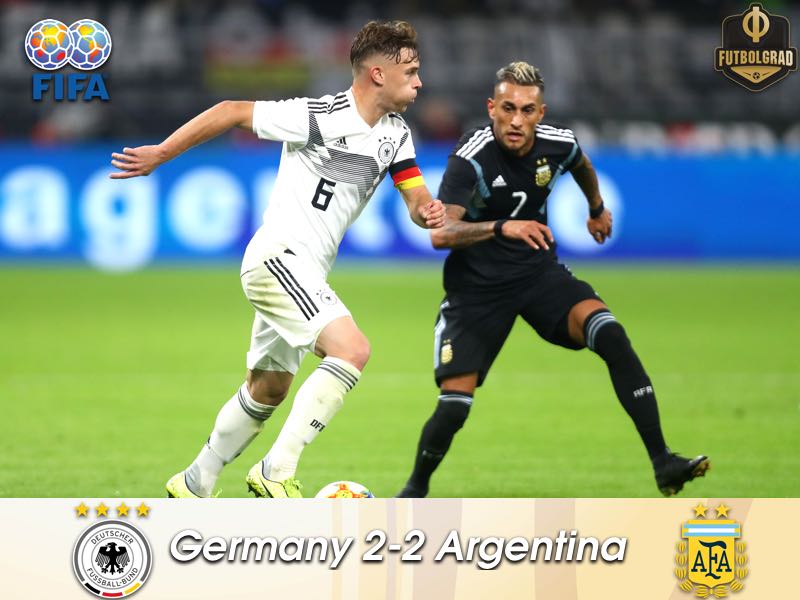 Both sides started the game with several changes from their usual starting lineups due to injuries and suspensions. The Germans adapted more easily, and Die Mannschaft started this game aggressively and within 22 minutes, had taken a two-goal lead. In the 15th minute, Lukas Klostermann won the ball in midfield and crossed the ball to Serge Gnabry, the forward danced past three defenders to score the first goal of the game. Then in the 22nd minute, it was Gnabry with the assist finding Kai Havertz in the centre, and the Bayer Leverkusen midfielder scored with an easy tap-in. Argentina struggled, but in the 33rd minute, almost found a goal out of nowhere when Rodrigo de Paul hit the post. Germany, however, were relentless and had further chances and should have had a much bigger lead going into the second half.

Germany continued to be the more aggressive side in the second half, and in the 55th minute, Emre Can almost made it 3-0. The Juventus midfielder was clear through on goal, but goalkeeper Augustin Marchesin blocked Can’s attempt. Instead, Argentina scored on the other side. A cross from the right by Marcos Acuna found Lucas Alario, whose header beat goalkeeper Marc-André ter Stegen. Three minutes later, Ter Stegen did well catching a shot from 20-yards out by Leandro Paredes. Argentina were now pressing for the equaliser and Alario, in particular, caused countless problems for Germany’s backline. Germany were struggling to contain Alario, who in the 85th-minute setup Lucas Ocampos for the deserved equaliser. 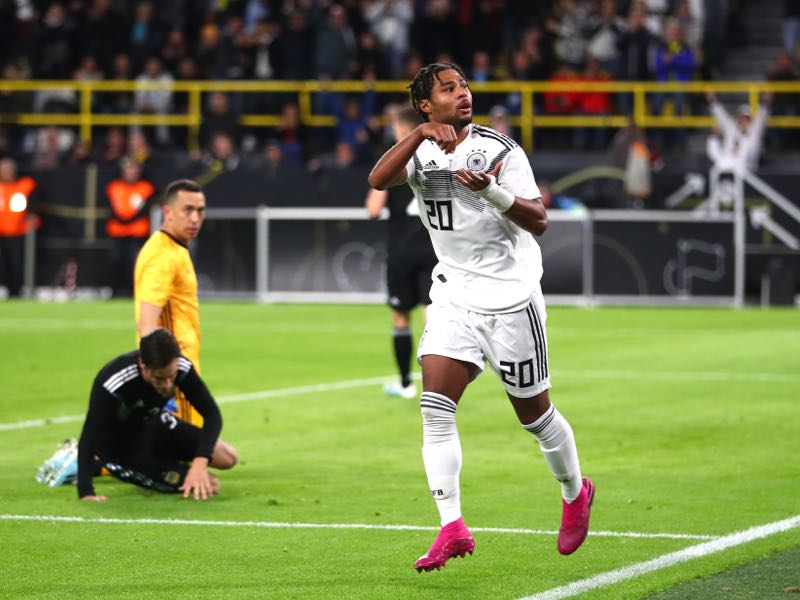 Germany v Argentina – Serge Gnabry of Germany celebrates after he scores his sides first goal under pressure from Jonas Hector of Germany during the International Friendly between Germany and Argentina at Signal Iduna Park on October 09, 2019 in Dortmund, Germany. (Photo by Dean Mouhtaropoulos/Bongarts/Getty Images)

The first half was not even over, and Gnabry had already earned his three-star status. The Bayern forward was relentless against a hapless Argentina defence, first scoring and then providing an assist for Germany’s second goal. The Bayern forward has now scored ten goals in just 11 Germany national team games.

Tonight’s game confirmed what many Germany fans have been demanding for months; Kai Havertz should be a regular starter for Die Mannschaft. The attacking midfielder is widely considered one of the biggest talents in world football, and on Wednesday, his full skillset was on display. Not only was he a convincing presence in midfield, he also scored Germany’s second goal using his robust physique to great effect when he broke free inside the penalty box.

Lucas Alario came on in the 62nd minute and had an instant impact scoring three minutes later. The striker changed the complexity of the game, causing Germany’s backline constant problems and was a big upgrade over Paulo Dybala, who was invisible throughout the 62 minute he was on the pitch. The Leverkusen striker then provided the assist to Lucas Ocampos’ equaliser rounding up an excellent performance.

Germany were dominant throughout the first 45 minutes highlighting that Die Mannschaft have more depth than recent results have indicated. The debutant Robin Koch, in particular, did well holding together the backline. Then in the second half, Argentina were the better team and deserved the draw.

Die Mannschaft will now travel to Tallinn, where they will face Estonia in a crucial European Championship qualification game on Sunday. Argentina, in the meantime, will face Ecuador in Elche, Spain, on Sunday.